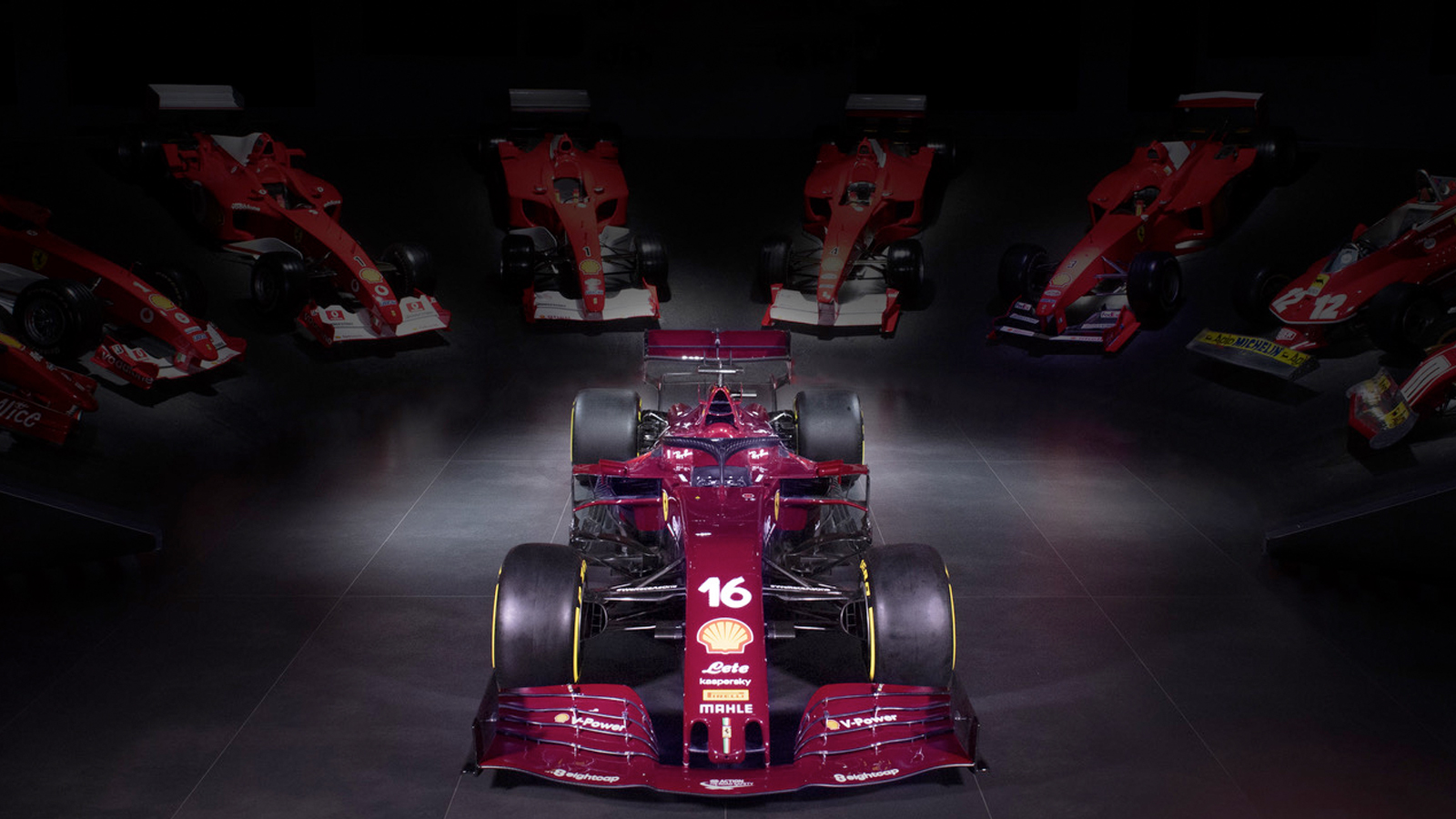 Ferrari is rocking a retro red for its 1000th grand prix at Mugello.

The blood-red bodywork on the SF1000 is a return to the colour used by Enzo Ferrari when he first entered Formula One.

And Ferrari is not alone.

Mercedes-Benz is joining the Italian excitement at the Mugello circuit with a re-wrapped Safety Car that is bright red instead of its signature silver.

Ferrari says the deeper red, more like a burgundy than the latest television-friendly matt red, is a “faithful reproduction of the shade of red of the very first Prancing Horse Formula 1 car, the 125 F1, which took to the track in the Monaco Grand Prix on 21 May 1950”.

“Ferrari is unique in the world, because the company has the soul of a car manufacturer and of a racing team, an inseparable link that is never questioned,” says Piero Ferrari, son of the company founder Enzo.

“Even the look of the race numbers on Charles’ and Sebastian’s cars will reflect the tradition of the past, giving the impression of being hand painted onto the bodywork.”

The celebrations run deeper than the bodywork, as Ferrari owns the Mugello circuit which is hosting its first F1 championship race.

The original Circuito Stradale was laid out in 1914 and the track was full developed for 1974, before being sold to Ferrari in 1988.

On race day, Mick Schumacher will lap the track in the Ferrari F2004 that his father Michael drive in his last championship year with the Italian team.

“It’s a great honour to be driving a Ferrari in what is the 1000th Grand Prix for this, the longest serving of all Formula 1 teams,” says Vettel.

“I can’t wait to be on track at Mugello with Ferrari. The circuit is really beautiful and on top of that, we are celebrating our team’s 1000th GP in Formula 1. I’m also pleased to learn there will be a few thousand fans in the grandstands,” says Leclerc.