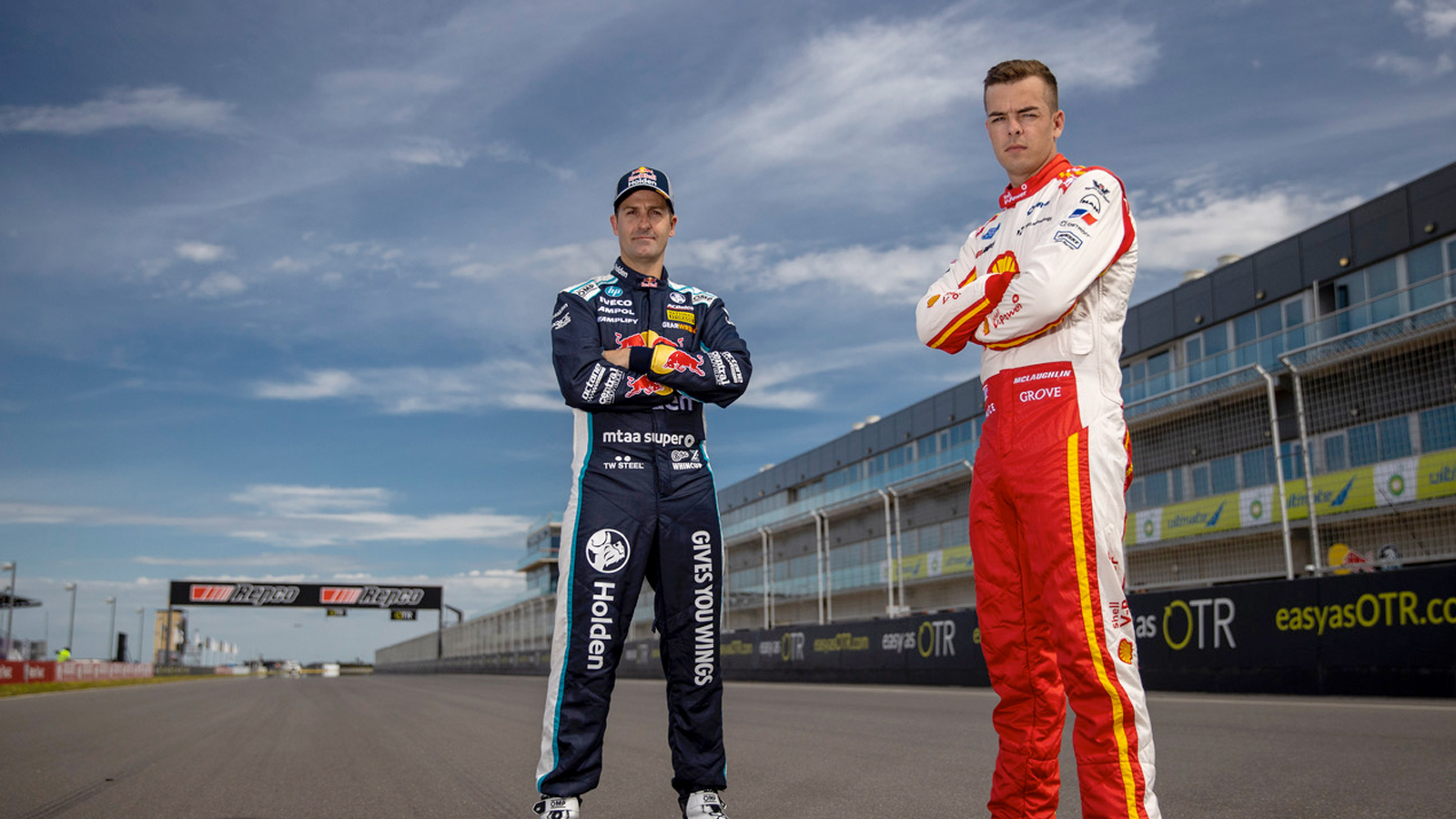 Championship challenger Jamie Whincup is the one under pressure in Adelaide this weekend, according to his Supercars rival Scott McLaughlin.

The two-time title winner can get an early three-peat at The Bend with his Shell V-Power Mustang if he can build a 300-point buffer ahead of Bathurst, but told Race News that he will be happy to protect his 215-point championship margin over the three sprints at the Adelaide track.

“He has got more pressure. He has to catch us,” McLaughlin told Race News.

Both of the title contenders ran into troubles – literally – during the first sprint-race weekend at The Bend, each serving a 15-second time penalty for contact.

But it was McLaughlin who recovered better from his setback to extend his points break and ensure the series is now effectively a two-driver race with Whincup.

With only 600 points still available by the finish of the Bathurst 1000, third-placed Cam Waters trails by 485 and their team mates – fourth-ranked Shane van Gisbergen and sixth-placed Fabian Coulthard – are even further behind and only really a mathematic chance of snatching the crown.

SvG has already boosted Whincup’s title challenge, most notably when he mugged McLaughlin on the streets of Townsville, while Fabian Coulthard – at contract time and under pressure to deliver the teams’ title to DJR Team Penske – finally showed so much-needed form last weekend at The Bend to prevent Whincup gaining extra points.

But McLaughlin is not relying on anyone and plans to push his title charge from the front.

“I think, for me, I’ve just got to go out there and win as many races as I can,” he told Race News.

“I’m comfortable with where we are and the car should be ok. We just need to execute as best we can.”

Even so, McLaughlin is not under-rating the challenge from The Bulls.

“I fully believe Whincup will come out pretty strong this weekend. And we know how they want to play it. They are being very aggressive.”

In contrast, he says he is relaxed after a week at the on-site hotel at The Bend.

“I’m very relaxed. It think it’s one of those deals where I’ve been in the situation before. We’re in a position where we’ve got a good amount of points in front,” he said.

“If we have the same points margin coming out of Tailem Bend as now when that’s ok.

“If I have the current margin I’ll be pretty happy. But if it’s more than 150 it’s even better for us.”

McLaughlin expects the short-course layout will be kinder on Dunlop tyres than the torture test last weekend, but will not be certain until cars hit the track after a week of considerable rain.

“I don’t think it will be good different. But it’s been raining all week, and it’s been freezing and windy,” he said.

“The track doesn’t look too different. But there shouldn’t be as much deg. We’ve got to set the car up to make sure it’s good with the heavy braking.”