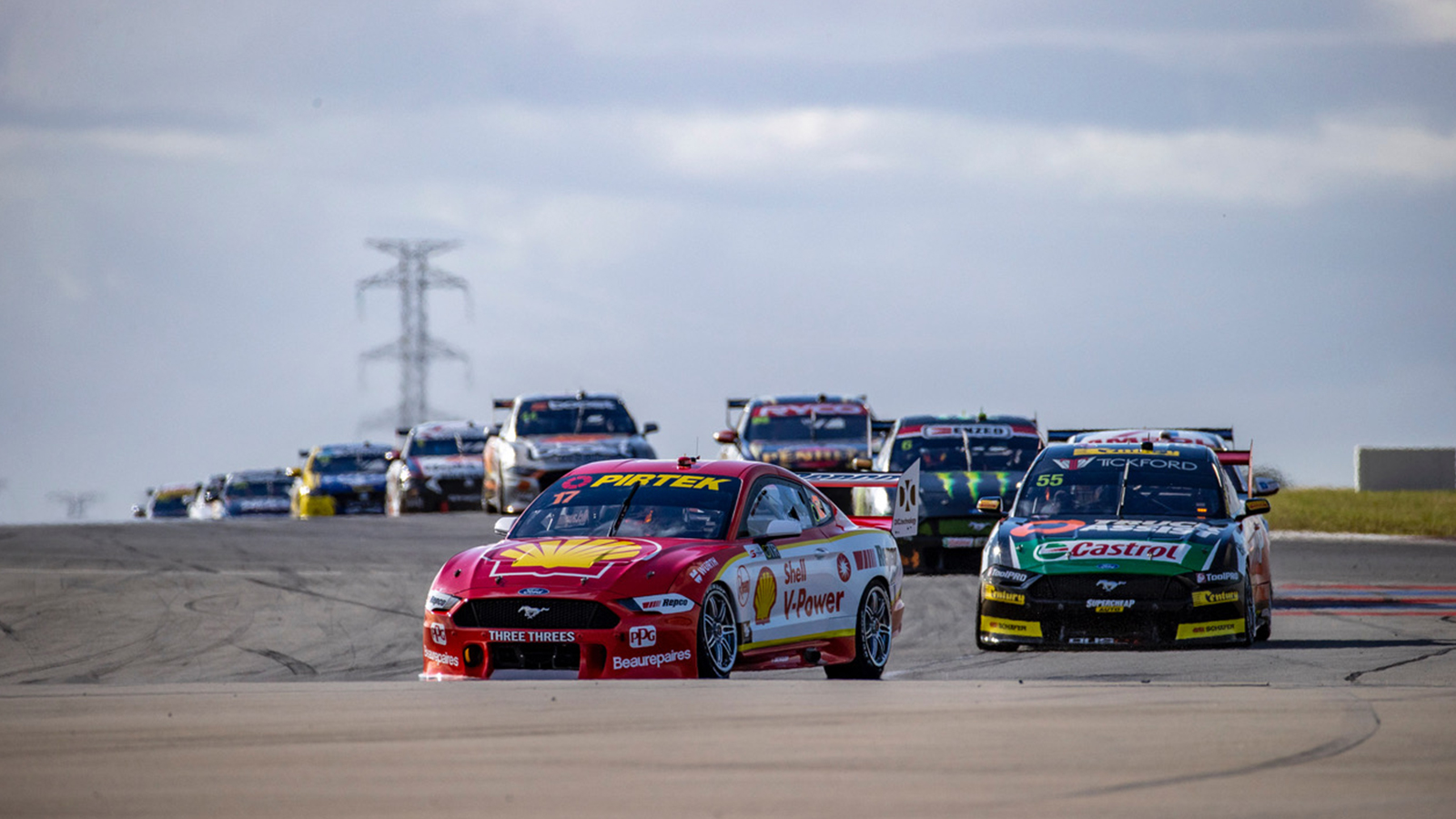 The first of the Supercars championships for 2020 has been run and won.

Ford claimed the manufacturers’ title at The Bend, four races before the final race of the shortened 2020 title fight, at the expense of its traditional rival, Holden.

As Scott McLaughlin powered to another Mustang win on Saturday afternoon, he gave the blue-oval brand an unbeatable edge in the manchamp standings.

Ford has now scored more wins with its Mustang, in a title decided purely on victories, than Holden can manage with its Commodore.

The Mustang has triumphed 14 times thanks to McLaughlin (12 wins), his Shell V-Power team mate Fabian Coulthard and Jack Le Brocq from Tickford Racing.

Holden has managed 10 victories, thanks to Jamie Whincup (4), Shane van Gisbergen (3), Nick Percat (2) and Anton de Pasquale (1), but can only advance to 13 if it wins the three remaining events including the Bathurst 1000.

“We’re extremely proud of the hard work that all of the Ford Performance Mustang teams put in week-in, week-out, and in particular given the personal sacrifices by many of the crew and personnel to ensure that racing continued in 2020,” the president and CEO of Ford Australia, Andrew Birkic, told Race News.

“The Shell V-Power Racing Team, Tickford Racing and Kelly Racing have shown the kind of dedication, resilience and achievement that we know comes from a passion for motorsport, and a passion for Mustang.

“The Mustang has resonated in Australia as our best-selling sports car, but its success on the track – where Mustang is a natural fit – lifts the Mustang story in this country to a new level, which we are extremely humbled and grateful for.”

Since the turn of the century, Holden has taken the manchamp title 12 times to eight for Ford, although 2020 is the third time since 2000 that Ford has taken back-to-back championships.

Ironically, one of those doubles was scored by Triple Eight, which now competes as the Red Bull Holden Racing Team, with the other down to Stone Brothers Racing.

Ford also has the edge in driver’s championships, scoring 26 to the 21 of Holden drivers since the inception of the touring car championship.