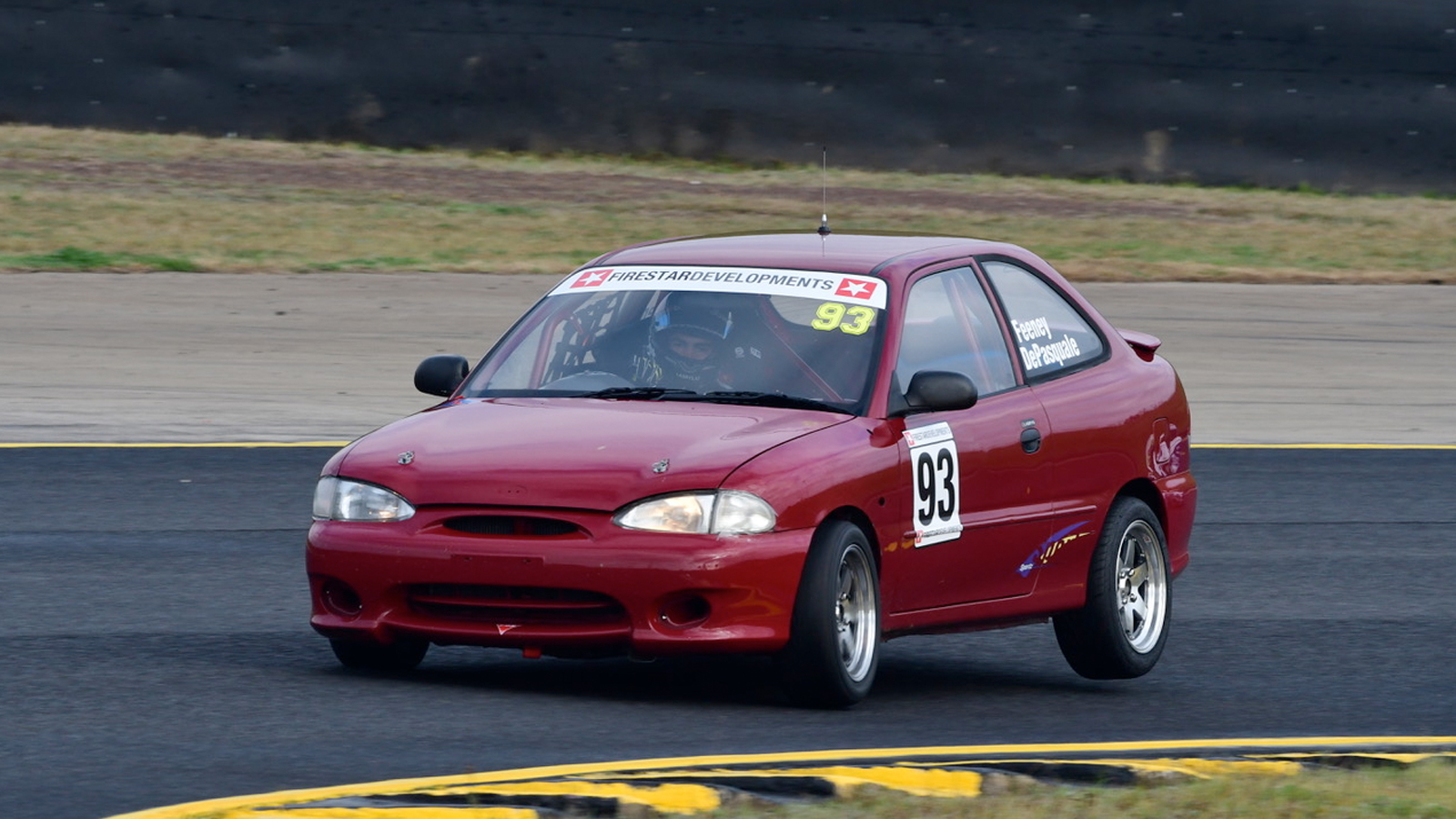 The crack Triple Eight Race Engineering squad has turned to the Hyundai Excel as its new hero car.

As it also begins early consulting work on part of the Gen3 program for Supercars, Excel builds are topping-up the T8 workshop in the Brisbane suburb of Banyo.

Three cars are already complete, including two that raced at the Supercars meeting at Townsville with Broc Feeney and Brodie Kosteki, with more on the way.

The Excel business also includes roll cages as T8 gears up for the Australia-wide boom in the one-make Hyundai category.

“We’ve finished three cars. We’ve been too busy with Bathurst preparations in the last couple of weeks, but we’ll be building another three,” T8 supremo, Roland Dane, told Race News.

“It’s certainly keeping people busy. We’ve also done quite a few roll cages. “If they want to come here and have a roll cage put in the shell we’re happy to do it for them.”

Dane is a strong supporter of the Excel category and believes it is an affordable way to start racing.

He says the cost of a turn-key car from Triple Eight is around $30,000, complete with a top-class engine from a builder like Kenny McNamara’s KRE in Brisbane or Les Small in Melbourne.

“I think they are a brilliant category at a state level. It’s state-level motorsport at its best. Its grass roots motorsport,” he said.

After watching the Excel racing at Townsville, Dane was a booster for the class.

“Brodie and Broc know their way around those cars now and they were the class of the field. But there were some other handy drivers having fun, not trying to earn a living.”

“It showed that in Queensland there is enough interest for people to pack their trailers up and drive to Townsville once a year. That’s what it should be.”

When he was back in Britain, Dane said some of the fastest touring car racers – including BMW factory driver Steve Soper – learned their craft in one-make series similar to the Excels.

“When I was young, one of the best touring car drivers was Steve Soper. And he came out of one-make championships. That’s what the series is, and should be.”

But Dane said the Hyundai Excel category should never become a national championship.

“The idea of a national championship is completely bonkers.

“That doesn’t mean you won’t occasionally have a cross-border raid. But it should be good grass-roots fun, where up-and-coming drivers can have fun.

“Families can build a car, put it on a trailer and go racing. Long may it continue.”