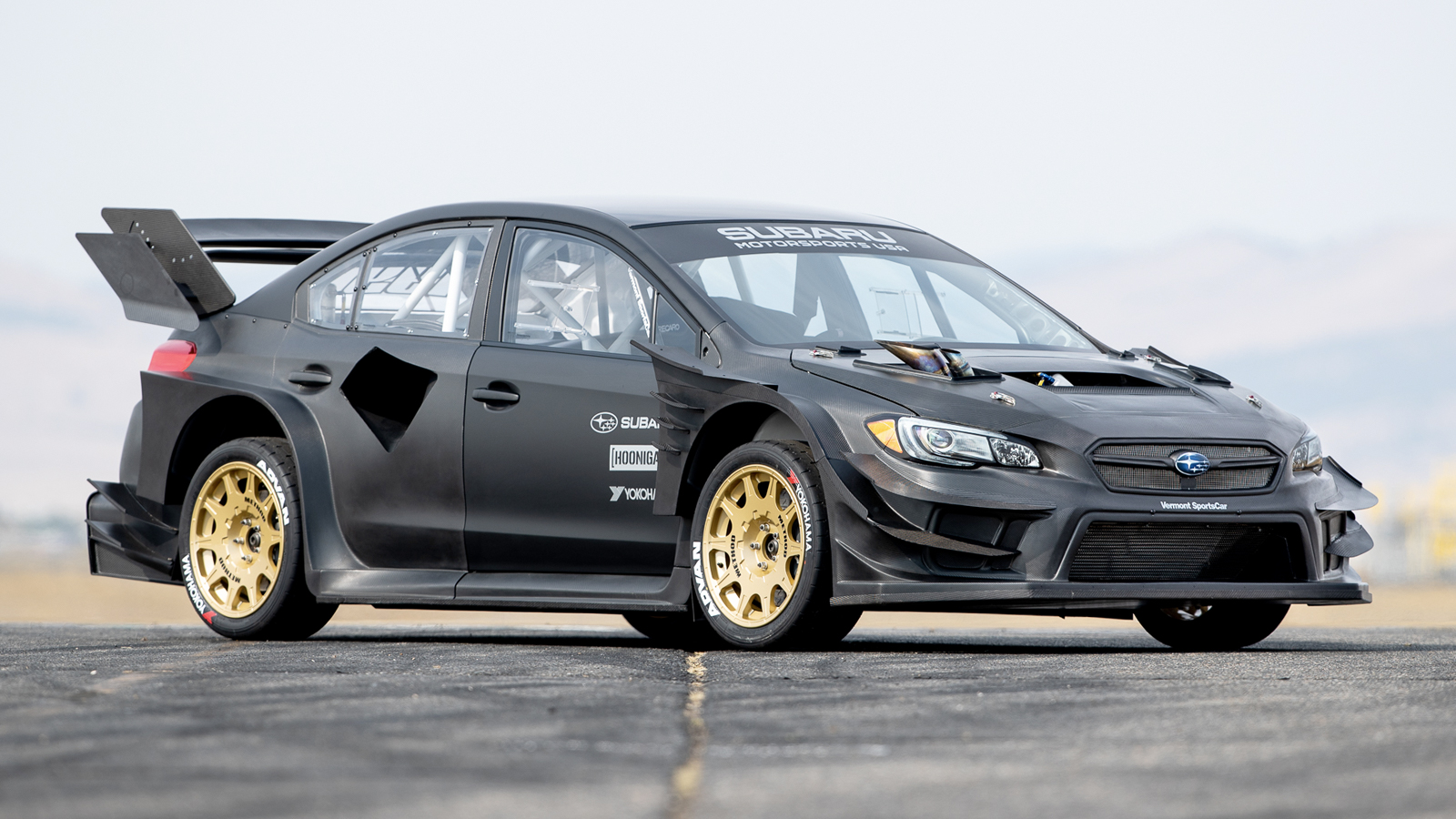 There is a new kid on the (Ken) Block as Subaru gets ready to rumble in the USA.

The American drift king, rally ace and Gymkhana video star has shifted his focus from Ford to Subaru and given up driving as he lifts his operation to a new level.

Block has handed the keys to his Gymkhana program to his mate Travis Pastrana, a one-time motocross star and also a rally and rallycross winner with Subaru, and plugged his successor into a wildly wicked Subaru WRX STI.

Pastrana is taking Gymkhana back to its roots as, long before his tyre-shredder Ford Focus and four-wheel drive Hoonicorn Mustang, Block began his antics in a series of hotrod Subaru WRXs.

The first rule for the new Hoonigan Subaru was simple – no rules.

So it’s a wheels-up creation that takes everything to the limit, including a flame-spitting exhaust that exits through the bonnet.

There is no talk yet of horsepower or performance figures, or when the super Subaru will be starring in a Gymkhana video, but Pastrana knows what he will have to play with.

“Everything is unlimited, clean sheet. It’s crazy fast, easy to control and get sideways and it was perfect out of the box in testing,” he said.

“This STI is unbelievable. We’ve never had the opportunity to do this before, to build a car with no restrictions. Engine, suspension, aero.

“Gymkhana is a new challenge for me but I want to raise the bar, and this is the car to do it.”

Everything in the wicked STI is hand-built and custom, from the four-cylinder boxer turbo engine to a raw carbon body that was shaped in a wind tunnel and long-travel suspension for stunts.