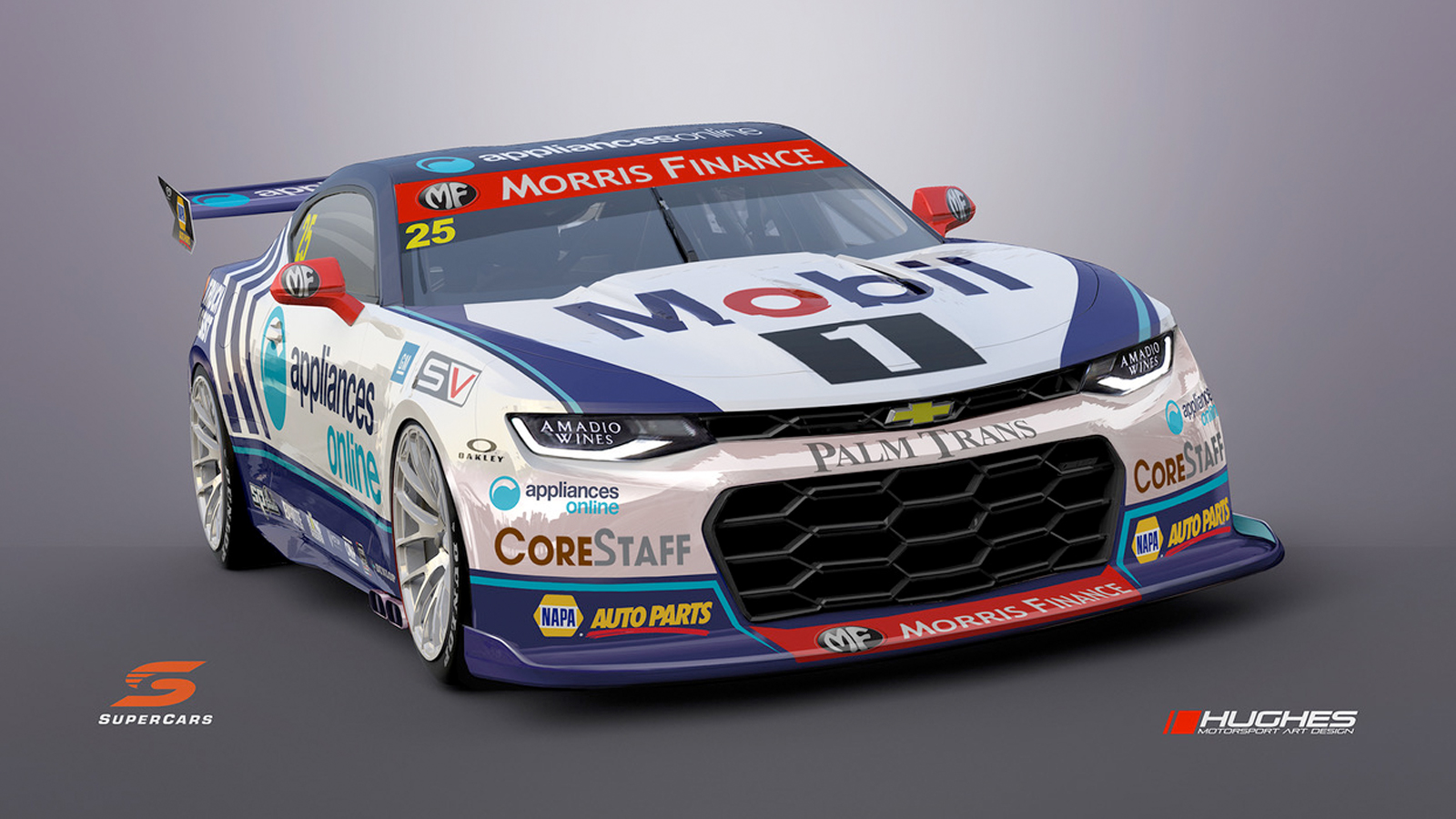 Red against Blue will continue as one of the key pillars for Supercars racing from 2022.

Ford and General Motors have both committed to the next-generation of Supercars, with the Chevrolet Camaro set to go head-to-head with the Ford Mustang.

Both cars will look much closer to their two-door showroom roots, will continue with V8 engines and rear-wheel drive, but will be much cheaper to build and operate.

The next generation of regulations, for the Gen3 Supercars, also promises closer racing thanks to reduced aero grip and a lighter overall weight, as well as a bigger fuel tank.

First details of the Gen3 program are being made public today at Mount Panorama in the biggest week of the year for Supercars.

There is no news yet on interest from other brands, but it only takes two dogs to make a fight and so Ford-versus-GM – even with a switch from Holden badging to Chevrolet – has the track record for combat after decades of head-to-head competition.

“We loved every minute of our 51-year involvement through Holden. There will never be another Holden, but we now welcome Camaro to the stage and hopefully a whole new generation of fans with it,” said Kristian Aquilina, who currently heads the new GM Speciality Vehicles business in Australia.

“We’ve said before that Ford Performance exists to win races and series that matter, and the development of the Gen3 rules is an opportunity to ensure that fans in Australia continue to enjoy a world-class Supercars series,” said the new president of Ford Australia, Andrew Birkic.

Much of the early work on the Gen3 program has been done by Triple Eight Race Engineering, and the artwork for the good looking new coupes comes from former Holden designer Peter Hughes, but there is a long way to go before the first cars hit the track for 2022.

Apart from the styling, which is intended to continue the cars’ relevance to showrooms and clear the way for new entrants, the Gen3 package is much as expected.

There is a lower and safer chassis which Supercars describes as “hybrid ready” – most likely through a similar electrification package to the one being developed for NASCAR – which will also be lighter, simpler and include more control components as part of an overall targeted cost reduction of 30-40 per cent below current levels.

Supercars will continue to control parity, cut downforce by half, and arrange the supply of a new generation of Dunlop tyres.

The Gen3 rules will stipulate that race cars will have the same key dimensions as the road cars they are based on for components including doors, roof, bonnet, and windows.

Supercars is considering developing a common V8 engine for all cars, but the current power-to-weight ratio will be maintained and regulations will be tighter to make them cheaper to build and operate, cut fuel consumption and improve mileage.

There is no list of control components yet, but this will definitely grow with supply directly from Supercars like the existing transaxles, while control specification components can continue to be fabricated by teams or purchased from Supercars.

Despite all the speculation, there is no news on new manufacturers for Supercars, although discussions are underway for the rights to the key intellectual property agreements – basically permission to copy a road car – beyond GM and Ford.

“These are incredible looking race cars that give a nod to the Supercar of the past, with as much attention given to the design and appearance of the cars as the new technologies,” said Sean Seamer, CEO of Supercars.

“The cars will retain their signature V8 engine format to ensure they’re fast and loud.

“The Gen3 project will support the longevity of Supercars by increasing relevance to our fans and partners, reducing operating costs, and making the racing even fiercer.