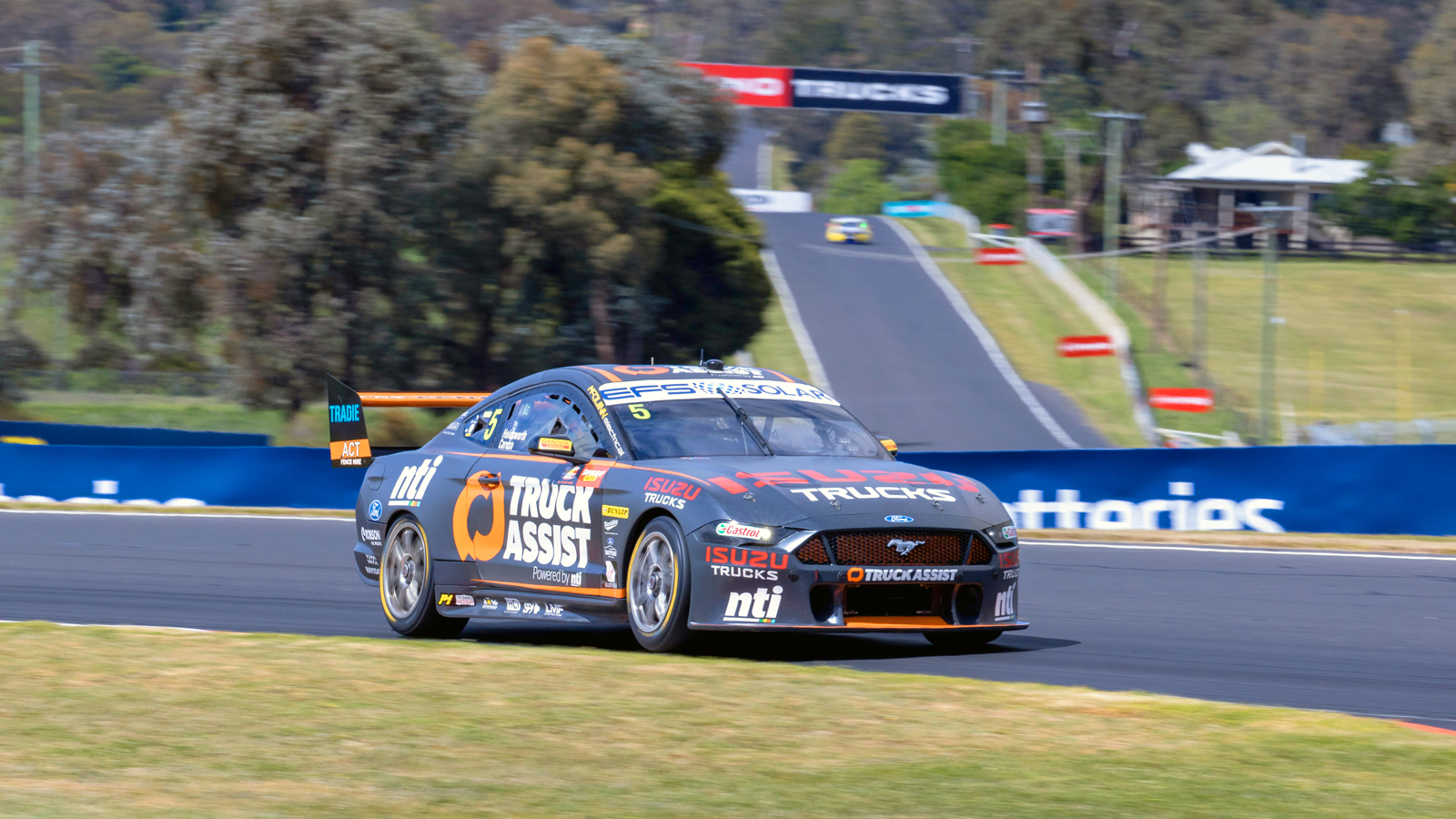 A brief dump of rain turned qualifying for the Bathurst 1000 into a fizzer.

The last-gasp time trial was snuffed out just as the top guns prepared to fire in the crucial lead-up to the most important race of the year.

Everyone but Lee Holdsworth was robbed as the underdog finished on top with his Ford Mustang, taking prime position for the Top 10 Shootout tomorrow.

Would Lethal Lee have survived on a dry track? Unlikely. Scott McLaughlin, Shane van Gisbergen and Cam Waters were all odds-on to unseat him.

But he also knows that top spot could be temporary, particularly with a chance of rain for the Shootout and the strong likelihood for a damp race.

“It’s a bit of a lottery as to what happens with the weather tomorrow. We’ve got to wait until we see where we sit.”

Even so, he believes he is a definite contender for The Great Race.

“We’ve got a fast car. And I think we can tame it down and have a nice race car,” Holdsworth said.

Van Gisbergen’s earlier effort was good enough for second spot in qualifying, ahead of McLaughlin and Waters.

Outside the top 10, the next three drivers – Bryce Fullwood, Scott Pye and David Reynolds – also had a reason to feel robber, although Reynolds has struggled with his car from the get-go and would have been forced to dip very deep to make the Shootout.

“We still need to do a better job,” said Reynolds.

McLaughlin and Chaz Mostert both started their final one-lap sprint and both were shocked by the rain.

“I got to McPhillamy and it was bucketing down,” said McLaughlin.

“ We’re driving up there and here come the mega Hollywood laps, and then there are little drops of rain on the windscreen. Then it just turned into slide ice. In those situation you’re just glad everyone gets back safely.”

There were kudos from the top three qualifiers for their co-drivers, especially van Gisbergen who watched Garth Tander from the top of the mountain before being chased back to the pits by a Covid enforcement crew.

“I’m feeling very relaxed with him in the car,” said SvG.

He, more than anyone, was enjoying fast laps in a car that he and Tander have tuned to their advantage.

For Holdsworth, Michael Caruso has given him the confidence to lift to the top level.

“He pretty much did the lap,” he joked.

“Honestly, it’s been a massive benefit and advantage. If he improve the car it improves for me, and vice-versa.”

The prospect of a wet track for the Shootout raises many fresh questions for the contenders, who all know the bragging rights that come from pole position at Bathurst.

“It’s probably the coolest session we take part in all year,” said Anton de Pasquale, who clocked the seventh-quickest time in qualifying.

“It’s just a lottery what end of the show you are. Hopefully it falls our way,” said van Gisbergen.

“Hopefully everyone gets a fair shot.”