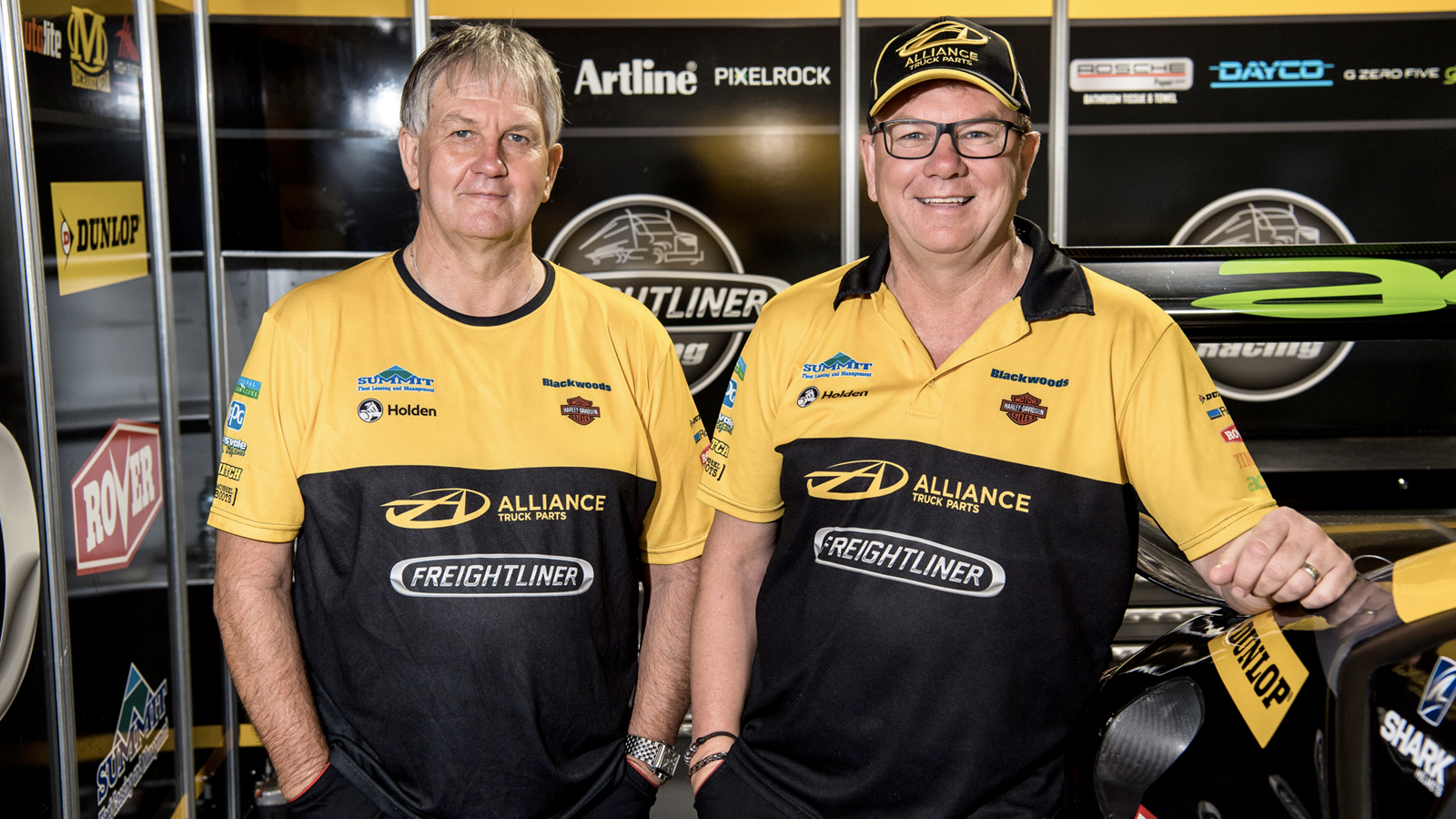 After more than 40 years and more race wins than either can remember, Brad and Kim Jones are calling it quits.

The larrikin brothers from Albury began their motorsport adventure in the family carport, combining their skills as a mechanic and panel beater – you pick which one is which – and drove all the way to the top of Australian motorsport.

Now older brother Kim is heading into retirement as Brad plans for next year in Supercars.

“I had a great time in the five years I raced with Brad and Kim, and they are still my friends.”

The official news of the restructure at Brad Jones Racing will come later this week, but is an open secret as Brad buys-out Kim’s stake in their family Supercars team.

“The time is right. Nobody knows what the future holds,” Kim told Race News.

“I’m retiring. You’ve got to enjoy life while you can.”

The Jones brothers are part of an Albury motorsport dynasty that began with their feisty father, Phil. He was a prime mover in local racing, brought the aces of the day to Albury, and supported his sons until he died.

“I can remember sitting on Norm Beechey’s knee at our place after one meeting,” said Brad.

“So this is emotional. We’ve done everything together for 40 years, or longer really. I have some great memories from when I was driving and Kim was on the headset.”

The next generation is already in action, after Kim’s son Andrew took the Super2 championship before switching to television and with Brad’s son Macauley currently in the Supercars main game. Kim’s grandsons are racing soapbox derbies and looking to karting.

The Jones brothers are headed for the Supercars Hall of Fame but also combined for championship wins in Production Cars, AUSCAR, NASCAR and Super Touring.

According to Kim, one of the most special moments was representing Audi as the factory team at the Macau Grand Prix meeting, and beating the BMW factory team.

“To be able to go up against a world-class team, and represent Audi and come out in front, well not too many people in Australian motorsport have done anything like that.

“The year we raced for the win at Bathurst, against Skaife and Longhurst, sticks in my mind. And in 2004, when Andrew was racing for the development series and passed Luke Youlden at the end of the final race and took the championship, that was very special.”

For Brad, the best memories are more about family than trophies.

“It’s hard to pick out one thing, because we’ve done so much together. Winning the first AUSCAR title was a really big thing.

“But the importance of things changes as you get older. It’s easy to say winning racing and championships but, in truth, being able to work with my brother and have my father involved for such a long time stands out.

“For me and him, being so dominant through the Superspeedway stuff and virtually being untouchable for such a long time, means a lot to me.”

While Brad prepares for Supercars season 2021, Kim is sketching his retirement.

“We’ve been heading towards that for a while now. There are always things to do. But relaxing and taking a breath is probably the best thing,” he said.

“I want to build a hotrod with the grandkids. I’m selling my racing car because it’s too selfish.”

There are many stories still to tell, and Brad admitted there were fights with Kim along the road.

“Yeah, we bickered. But if someone wanted to fight one of us then the other one was always there. Always.”