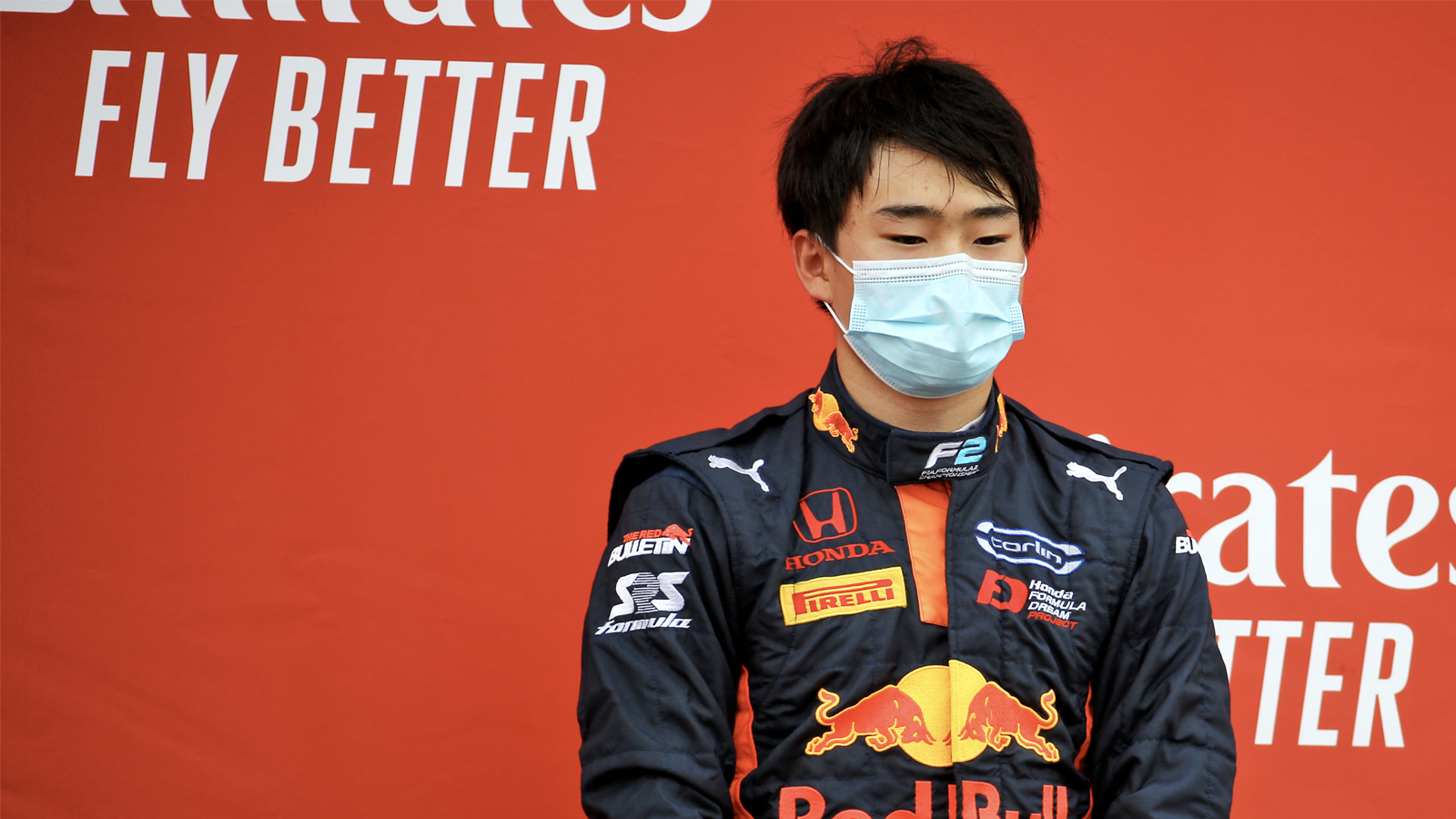 It is clear that Honda wants to put Yuki Tsunoda into the second AlphaTauri for the 2021 grand prix season.

As it prepares for its exit from F1, the Japanese maker is hoping to leave the sport with success and putting pressure on the two Red Bull teams over its driver choices.

With Max Verstappen locked-in at Red Bull and Italian GP winner Pierre Gasly now re-signed for AlphaTauri, the focus is on second-stringers Alex Albon and Dani Kvyat despite the Russian’s fourth place at the Emilia Romagna Grand Prix.

Tsunoda has been doing a good job in Formula 2 as a Red Bull junior, winning races this year, and is likely to graduate next year with Mick Schumacher, who is odds-on for a Formula One spot at Haas after the re-signing of Kimi Raikkonen and Antonio Giovinazzi by Alfa Romeo.

With Tsunoda’s future likely set, the focus is on Albon at Red Bull.

He must prove that he can deliver solid results, but at the moment that is not happening and there are rumours that Red Bull will look elsewhere.

The suggestion is that the most likely driver if Albon is dropped will be Nico Hulkenberg, although some think that Sergio Perez might be a better bet after being ousted from Racing Point in favour of Sebastian Vettel as it becomes Aston Martin for next year.

Gasly’s deal was one of two major moves in the driver ’silly season’ at Imola in Italy, the other the confirmation that George Russell is safe at Williams.

Nothing was announced about Russell because a contract is in place, thanks to a Williams option that had to be taken up by October 31.

There were strong rumours that Perez might take his money (and talent) to the team but the new owners decided not to go down that path.

This means that they must be willing to fill any financial holes in the team’s budget that might result from the drop in prize money. It is also very likely that the decision was taken because the team did not want to face the wrath of the British media and fans if Russell had been benched.

Williams’ new owners, the Dorilton company, continues to avoid any contact with the F1 media, which is odd policy because it means that they will inevitably face people digging around and guessing.

There has been a small amount of speculation suggesting that the team might drop Nicholas Latifi and replace him with Perez. A Russell-Perez combination would be very strong but once again it would be creating a financial hole on the balance sheet.

It is clear that Dorilton is not short of money as it overpaid significantly for the team and seems willing to spend to improve performance.

There is one other element to consider before the drivers decide on their different future paths.

There are some who think that Fernando Alonso’s relationship with Renault may sour very quickly if he finds himself in an uncompetitive car and if it all blows up the team may need to look for someone else, so it’s a long shot but the reserve driver role at Alpine is one that is worth considering . . .