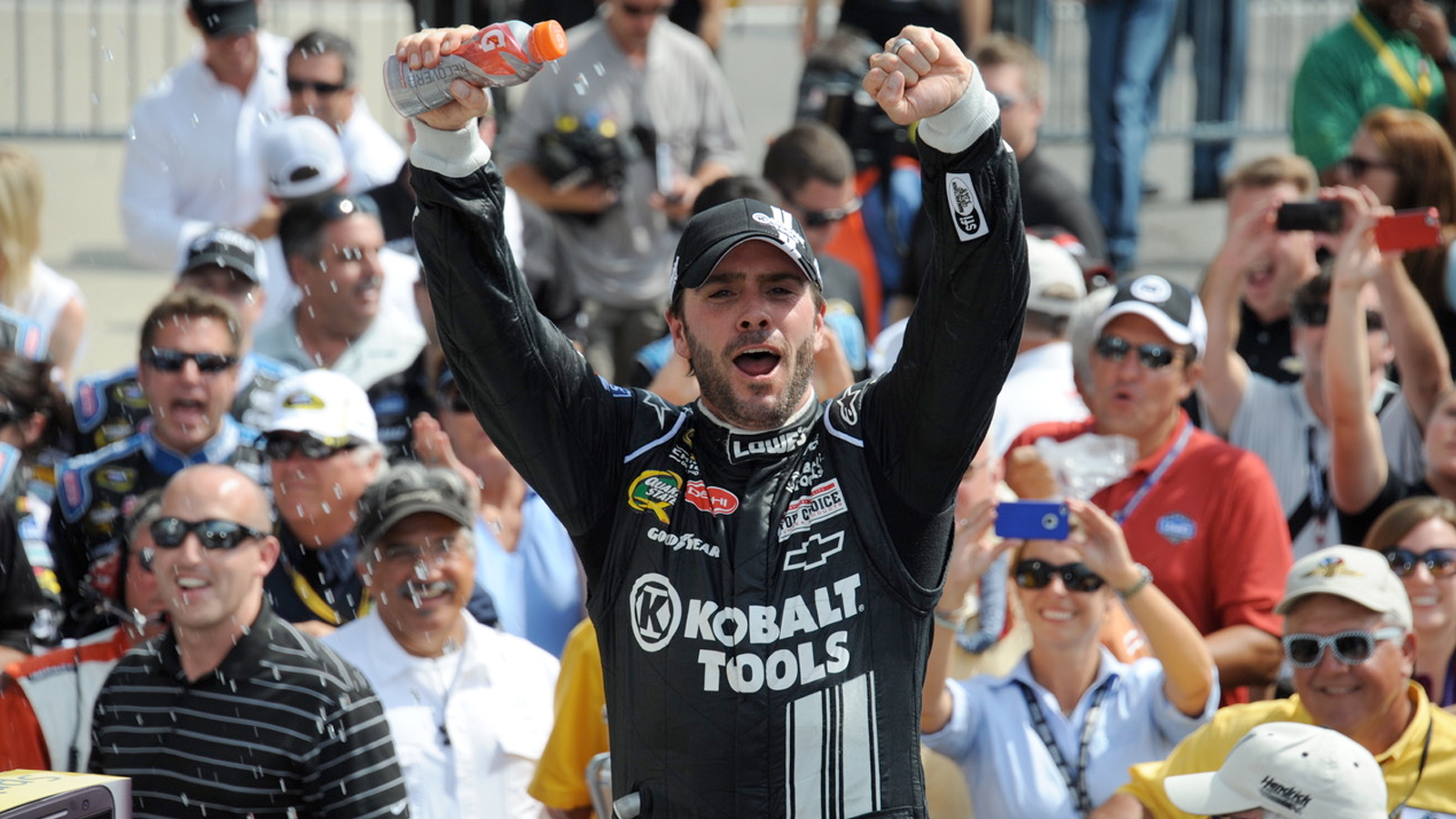 At a relatively youthful 45, you chuck in your extremely lucrative day job of almost two decades, rush out and grab yourself an open-topped sports car and start having some serious fun.

That’s exactly what NASCAR legend Jimmie Johnson intends to do.

As he climbed out of his legendary #48 Chevrolet Camaro for the final time as said goodbye to Hendricks Motorsport he was already looking ahead to jumping into the #48 Honda-powered IndyCar he will race for Chip Ganassi in 2021.

The farewell at Phoenix Raceway ends 18 years with the same team he joined as a fresh-faced rookie in what was then called the Winston Cup.

That’s a long, long time to endure the grind of NASCAR racing, which races something like 36 weekends a year. It’s the motorsport series that never sleeps, and that’s gotta take a toll on a driver’s body and mind.

But he’s already for his new journey in IndyCar after starting the test program that will lead to his race debut at St. Petersburg early next year.

Believed to be worth somewhere around $200 million, thanks to his NASCAR successes as well as a blue-chip list of personal sponsors, Johnson can obviously afford to retire and shuffle off to smell the roses.

However, at least to Johnson, no rose smells as sweet as a melting Firestone.

His NASCAR career was, quite frankly, mind-numbingly awesome. His achievements are enough to make a statistician’s head explode.

This guy is simply not human and it wouldn’t be surprising to find out that his father’s name was Jor-El. (Superman tragics will get the joke!)

Choke on these numbers.

Johnson won the championship no less than seven times (including five in-a-row at one stage), won the coveted Daytona 500 twice, stood on the top step of the podium 83 times, led over 17,000 laps and, just in case you thought he was a flash in the pan who got lucky often, finished in the top five 222 times, top ten 341 times and started from pole on 35 occasions.

Those seven championships put him in a tie with NASCAR legends ‘King’ Richard Petty and Dale Earnhardt, who is sadly gone but never to be forgotten. That makes him part of a pretty awesome herd of GOATs.

Dear lord, about the only thing he can’t do is turn water into wine and I’m not sure that anyone has ever asked him to give it a try.

It was, at the time, just supposed to be a bit of fun, a boys day out at the track.

He’d already announced his retirement from full-timing in NASCAR and wanted a quieter, if not slower, life.

But that test sparked something within both Johnson and Ganassi and the pair both mused that it could lead to something bigger, maybe even contesting some open-wheel races – but only if a budget could be found and all the ducks ended up in line.

It’s not surprising that a big dollar backer was soon found, as online car buying giant Carvana signing on the dotted line. Ganassi upheld his side of the deal, adding a fourth entry to his IndyCar armada and signing Johnson for both the 2021 and 2022 seasons.

At Ganassi he will join 2020 champion and six times title winner Scott Dixon – the OTHER Kiwi in the field, now Scott McLaughlin is in IndyCar – new team signing Alex Palou and F1 refugee Marcus Ericsson.

“I’ve dreamed of racing in IndyCar since I was a little kid,” enthused Johnson.

“Going from one championship organisation (Hendricks) to another with CGR, you know the resources, including great people, are going to be there. To have friends like Scott (Dixon), and (driver coach) Dario (Franchitti) there to lean on and learn from just makes this transition so much better. 2021 is going to be a lot of fun!”

Ganassi is under no illusion of the task that Johnson has in front of him, but he’s equally certain that he’ll both make the best of it and at the same time bring something to his already incredibly successful operation.

“You all know Jimmie and his accomplishments. Jimmie is a champion and a winner and will bring tremendous value to our organisation,” said Ganassi.

The mountain that Johnson has to climb is pretty obvious, as the results from his first ‘real’ test as a IndyCar driver showed.

Barber Motorsport Park, way down south in Alabama, is tighter than the US election and, if the truth be known, it makes Winton Raceway look open and sweeping.

A quick Indycar gets around the 16-turn, 3.8-kilometre circuit in something around 65 seconds.

Johnson was nearly six seconds off the front-runners at the start, a pace slower than a rainy Sunday afternoon, although he eventually halved the gap at his new and unfamiliar office.

Johnson has admitted that adjusting to IndyCars hasn’t been as easy a transition as he thought.

He quietly said, after his Barber test, that his driving was lacking in both “bravery and aggression”, a pretty stunning admission from a guy who has hurled a brutal NASCAR beast around fearsome high-banked ovals such as Darlington, Talladega and Daytona.

But he did a mountain of laps and despite finishing at the bottom of the time sheets (unofficially timed), his progress didn’t go unnoticed.

“Baby steps,” smiled his new team-mate Dixon. “Walk before you can run.”

Johnson admits that he has a lot to learn, and admittedly he’s probably got a lot of bad habits – at least when it comes to open wheeler racing – to overcome.

And he is 45, a not-quite-old-dog but one nevertheless that will need time to learn some new tricks.

Johnson won’t contest the oval circuits that form part of the IndyCar series, alongside the road and street tracks.

Racing an IndyCar on an oval is a butt-puckering pursuit and is not for a guy wanting to enjoy life – especially a long one.

So Johnson, one of the best NASCAR racers when it came to road courses, will pass on the chance to turn left, left, left and sometimes left again with the loud pedal planted to the floor.

And who would blame him?

Jimmie Johnson has nothing to prove in motorsport, he wants to enjoy his post-NASCAR life and maybe, just maybe, find a podium or two and maybe even a victory as he fulfils a childhood dream.

Don’t bet against him.