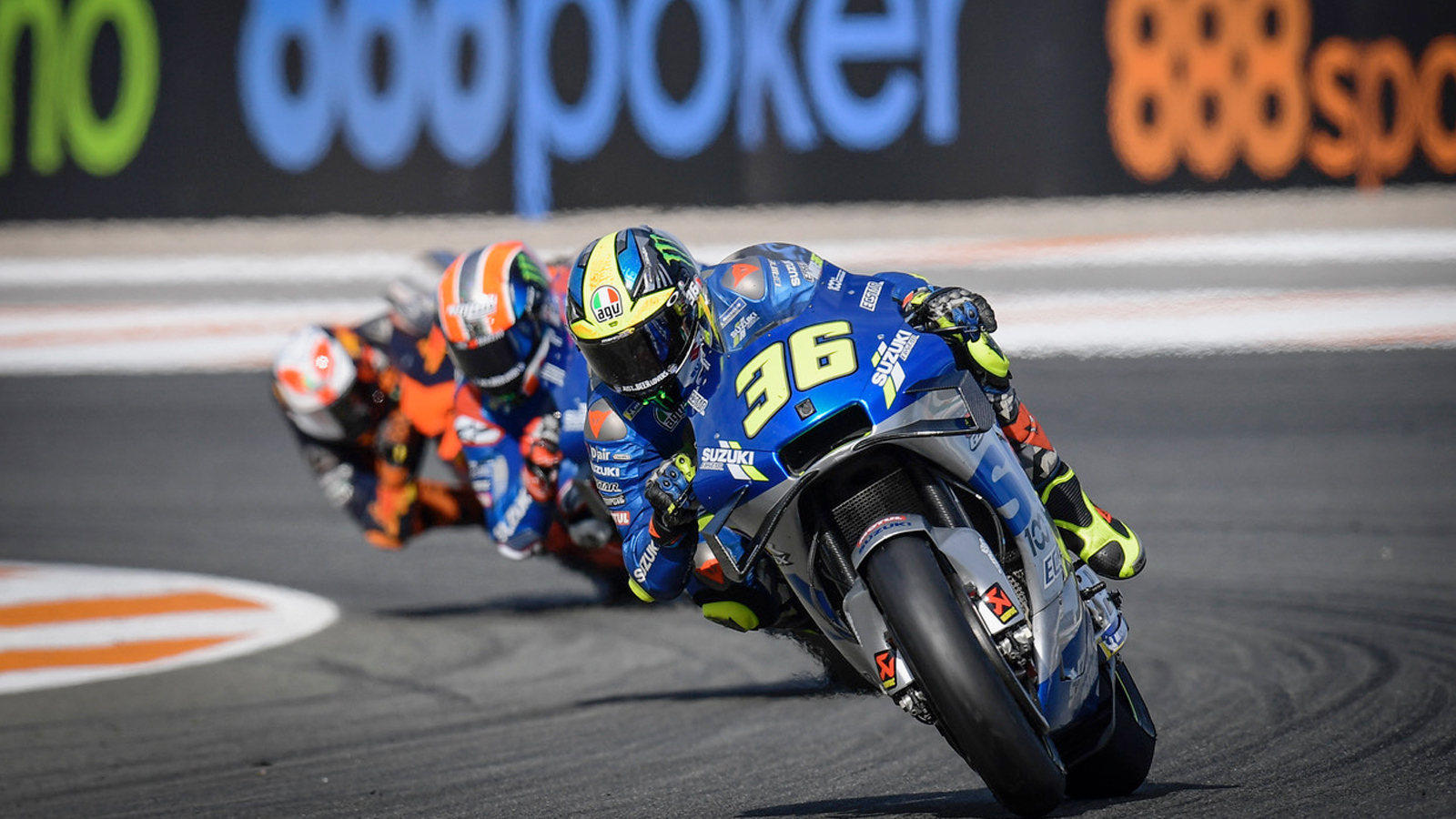 Joan Mir could arrive in Australia next year as the MotoGP world champion.

As Phillip Island is confirmed as one of the key events for the 2021 world championship, Mir has converted victory in the European Grand Prix into a near-unbeatable advantage in the 2020 title race.

He only needs a podium finish next weekend at the Valencia Grand Prix to become the champion and, as his Suzuki team scored a 1-2 with Alex Rins following him home at the weekend, he has momentum at the critical point of the season.

“It’s amazing that the victory came at the perfect moment. I don’t have words to describe the moment,” Mir said.

The Suzuki rider’s Spanish success made him the ninth different winner of the topsy-turvy season, and the fifth to do it for the first time.

Mir now has a 37-point advantage at the top of the points table, ahead of Fabio Quantararo who fell from his Yamaha on the first lap and trailed home 14th at the weekend, with Rins in third and Australia’s Jack Miller in ninth.

Sharing the wins has been great for MotoGP, but also shows the utter dominance of Marc Marquez as only his absence with injury has opened the door for most of the newbie winners.

There is still no firm comeback plan for Marquez, and his Honda team is avoiding any speculation about nerve damage in addition to the broken arm he suffered at the start of the year.

“The Repsol Honda Team would like to confirm that Marc Marquez’s recovery is proceeding as planned. While it is a long and intense recovery, Marc and those his team have no cause for concern,” Honda said.

But there is a firm plan for the 2021 MotoGP series and it includes the Australian Grand Prix at Phillip Island on October 24.

As usual, Australia included in series of late-season flyaway races – with Japan, Thailand and Malaysia – that could and should provide a buffer against lingering effects from the Covid-19 pandemic.

There are 20 events with only a single ‘to be confirmed’ date in the European summer.

While Mir took the big prize at the Circuit Ricardo Tormo on the weekend, second-generation racer Remy Gardner was also on the podium as he took third place in the Moto2 race.