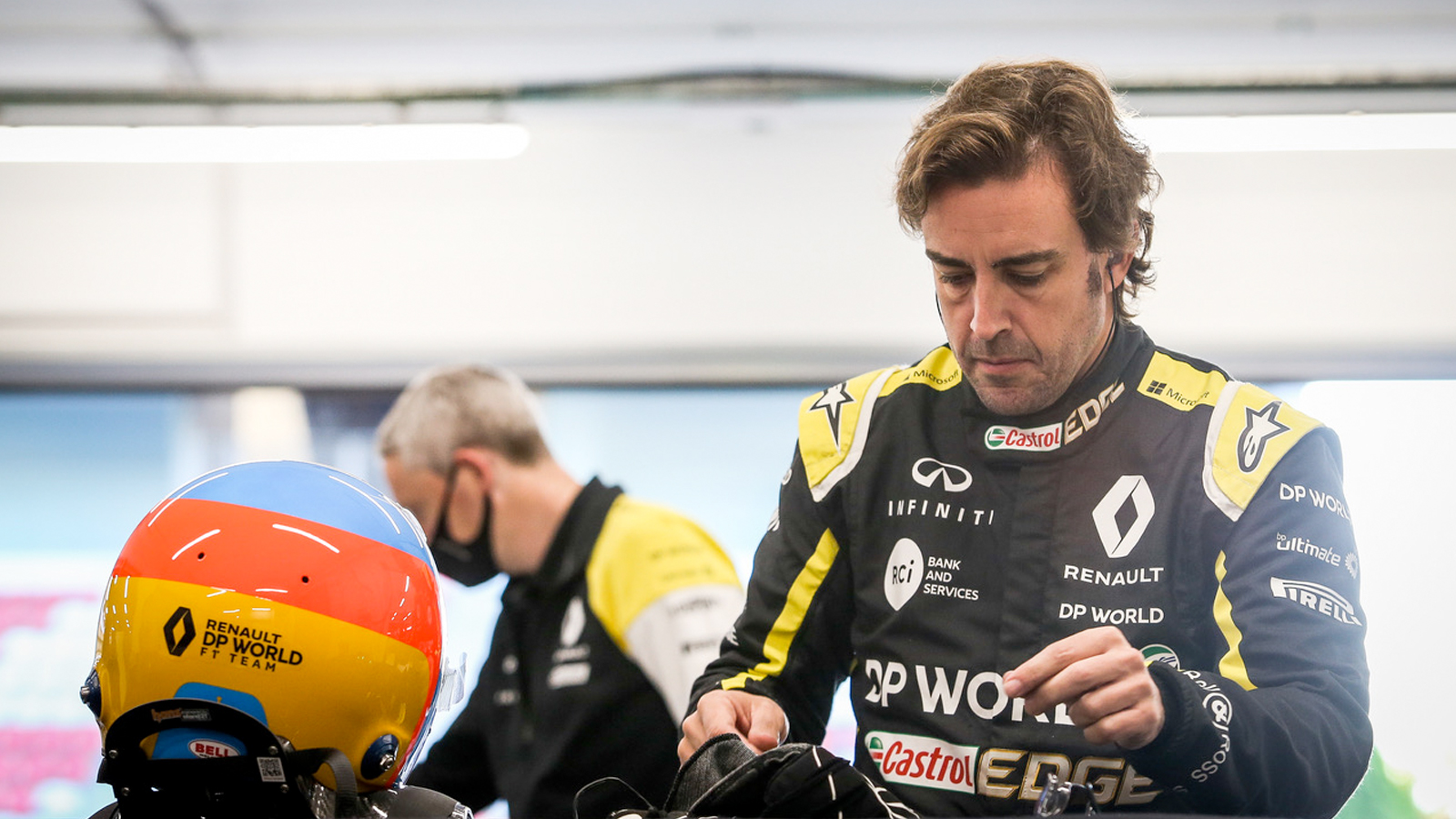 Can you hear the drums, Fernando?

No it’s not Abba, it’s the comeback king of Formula One.

Except that I’m predicting Fernando Alonso will get his arse kicked in 2021.

Alonso has been hailed as the greatest driver of his generation, a once-in-a-lifetime talent and, well, a dumb bunny, but he never fails to generate a comment.

Alonso’s F1 return next year to Renault, replacing Australia’s own and McLaren-bound Daniel Ricciardo, has elicited the kind of euphoria more often seen in evangelical churches on a Sunday morning.

But this is not the return of the Messiah. It’s nothing more than a desperate man’s last grasp at establishing a legacy he believes is his right.

He might have two world titles, but Alonso has managed to burn more bridges in Formula One than the German army did while retreating to Berlin in WWII.

Mr Editor Gover thinks I’m wrong, but he likes to think the best of people. Even Alonso. And me.

Renault, or should I say the soon-to-be Alpine F1 team, took the bait of past glory, extrapolated that into future success, and forked over the significant dollars to get their once-golden child and two-time world champion back into the fold.

Of course he’s not earning anything like the reported $50 million that Ricciardo banked for his two-year stint – now I know why he’s always smiling – but Fernando is not a $20 an-hour hire either.

But whatever Renault, err, Alpine is paying Alonso is money being pissed away.

Thankfully I’m not on Twitter, Facebook or any other form of social media, so if you want to troll me, well, you’ll just have to wait under the bridge.

He may light up the fans, but within his teams Alonso has managed to sometimes be as caustic as battery acid.

Like something out of an old western movie, Alonso has become ‘have helmet, will travel’, with no sign he will be riding off into a sunset any time soon.

He’s tried Indycars – three tilts at the Indianapolis 500 for two starts and no result – the legendary Dakar off-road endurance event where he finished 13th and over four hours behind the winner after rolling down a sand dune, and the World Endurance Championship.

No-one in their right mind would argue that Alsono is not one of the greatest Formula One drivers of his, or actually any, generation.

The fact that he has just two world championship titles to his name is simply unfair, he deserves better than that. Of course, Sir Stirling Moss deserved at least one as well, but he didn’t get it and he knew when it was time to go.

But Alonso probably believes that F1 owes him more. Moss, if no-one else, was proof that F1 doesn’t give a rodent’s bottom and, in terms of championships, owes a debut to no-one, no matter how immensely talented, determined or just sheer bloody-minded they might be.

Related Article
Inside F1 During COVID

“Massive talent, huge ego and even a bigger arsehole,” laughed a member of one of Alonso’s former GP hang-outs.

Personally, and this is my opinion only, I think Alonso will go better than the other great comeback king, Michael Schumacher. But not by much.

When he returned with the Mercedes team in 2010, most everyone thought that Schumacher would simply pick up from where he left off at Ferrari, since he had more records than a ‘greatest hits’ radio station.

But, at 41, he was more like a Schumacher impersonator, a whiter shade of pale seat-filler, rather than the giant he had once had been.

In three agonising seasons of unrequited achievement, Schumi managed just one podium finish – the 2012 European GP – and retired again, this time for good, with his arse well and truly kicked.

But in his prime, Schumacher was THE man. Between 1992 and his first retirement in 2006, he won 91 races and seven world driver’s championships to set the target this year for Lewis Hamilton.

But in his F1 swansong at Mercedes it was his young team-mate Nico Rosberg that more often-than-not made him look like the old man all at sea.

Of course, Rosberg would go on to do something almost unbelievable – beating Lewis Hamilton in the same car to win a world championship – but he retired almost immediately afterwards, as would most sane people.

However, the ageing Alonso is quick to point out that when Schumacher joined the fledgling Mercedes team his car was fairly average.

Positive-thinking Fernando believes that the Renault – whoops, Alpine – he’ll inherit from Aussie Dan is a mount that is on the way up, even if it’s not a Mercedes-AMG.

The trouble with Alonso is that he seems to have the attention span of a five-year-old and, let’s face it, according to some reports the behaviour to match.

In many ways Alonso is a ‘when the going gets tough, that’s tough I’m going’ kinda guy. He’s a team player like Donald Trump is a successful businessman.

Just a look at his F1 career is enough to see a trend.

He started at Minardi, went to Renault, left for McLaren, went back to Renault, departed for Ferrari and then arrived back at McLaren. Now it’s Alpine.

Like the late, great Sir Stirling Moss, it would seem that Fernando was doing everything he could to avoid being in the right place at the right time.

But now his time has passed. A lot of people know it but they won’t say it.

Well, I just did.

Now, deep, deep, down I hope I’m wrong. What I’m really afraid of is that I’m not.