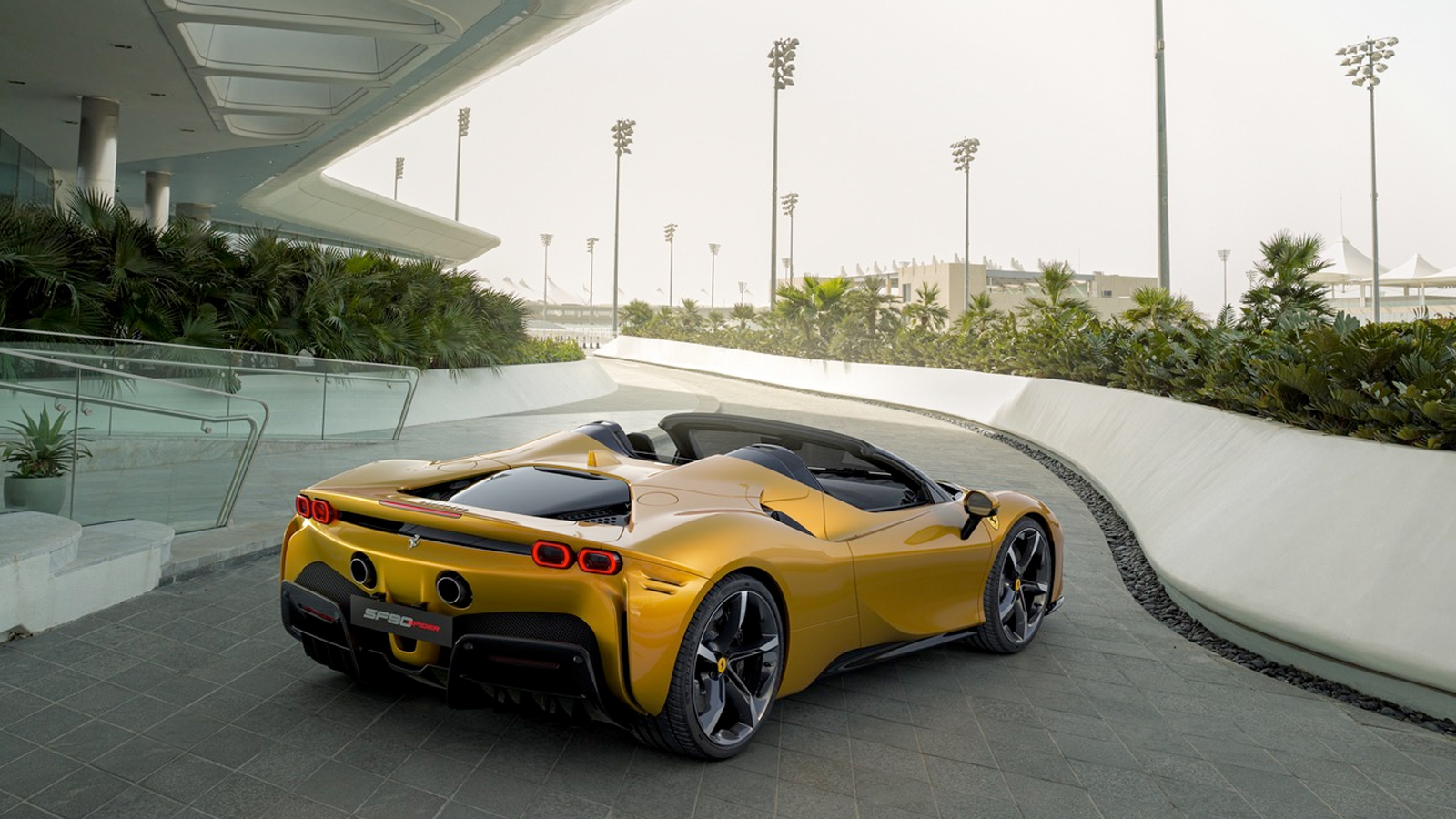 The convertible version of the Ferrari SF90 is here.

Well, that’s all you really need to know, unless you already have a deposit-paid spot on the waiting list in Australia.

But, just in case, here are some of the words from Ferrari at the car’s unveiling, as well as pictures that were shot alongside the Abu Dhabi grand prix circuit, just across the road from Ferrari World in the UAE.

The spider version of the SF90 Stradale, the SF90 Spider, was unveiled today during a dedicated digital event.

As the Prancing Horse’s first production plug-in hybrid spider, the SF90 Spider sets new performance and innovation benchmarks not only for the marque’s range, but for the entire sports car sector.

The retractable hard top (RHT) was again adopted because it guarantees optimal noise insulation and protection from the elements when raised, does not deform at high speeds and provides exceptional occupant space and comfort.

The RHT is so compact, simple and light it can be actioned in just 14 seconds and can be deployed when the car is on the move. The key to the success of the Ferrari RHT, which premiered on the 458 Spider in 2011, and which has been constantly evolved in the intervening years, is that it takes up just 100 litres of space rather than the 150-200 litres required by a traditional system. The use of aluminium in its construction also means that it is around 40 kg lighter than a conventional retractable hard top. An adjustable electric rear window guarantees superb occupant comfort even at high speeds when the RHT is lowered.

Specific to the SF90 Spider are two aerodynamic elements in the cockpit to guarantee an excellent level of protection from air flows with the roof down. There is a central trim section between the driver and passenger seats that channels the air flow away from the head and shoulders and into a double layer of trim on the upper part of the tunnel.

As is the case with the SF90 Stradale, the SF90 Spider is also available with an additional specification option for owners that want to push its track car vocation to the extreme. The Assetto Fiorano pack includes a list of exclusive upgrades that set it apart from the standard car, not least Multimatic shock absorbers derived from the Ferrari’s GT racing experience and optimised for track use. Others include the adoption of high performance materials (such as carbon-fibre and titanium) that have shaved 21 kg off the car’s weight, a carbon-fibre rear spoiler and road-homologated Michelin Pilot Sport Cup 2 tyres designed to improve track performance in the dry, thanks to a softer compound and fewer grooves.