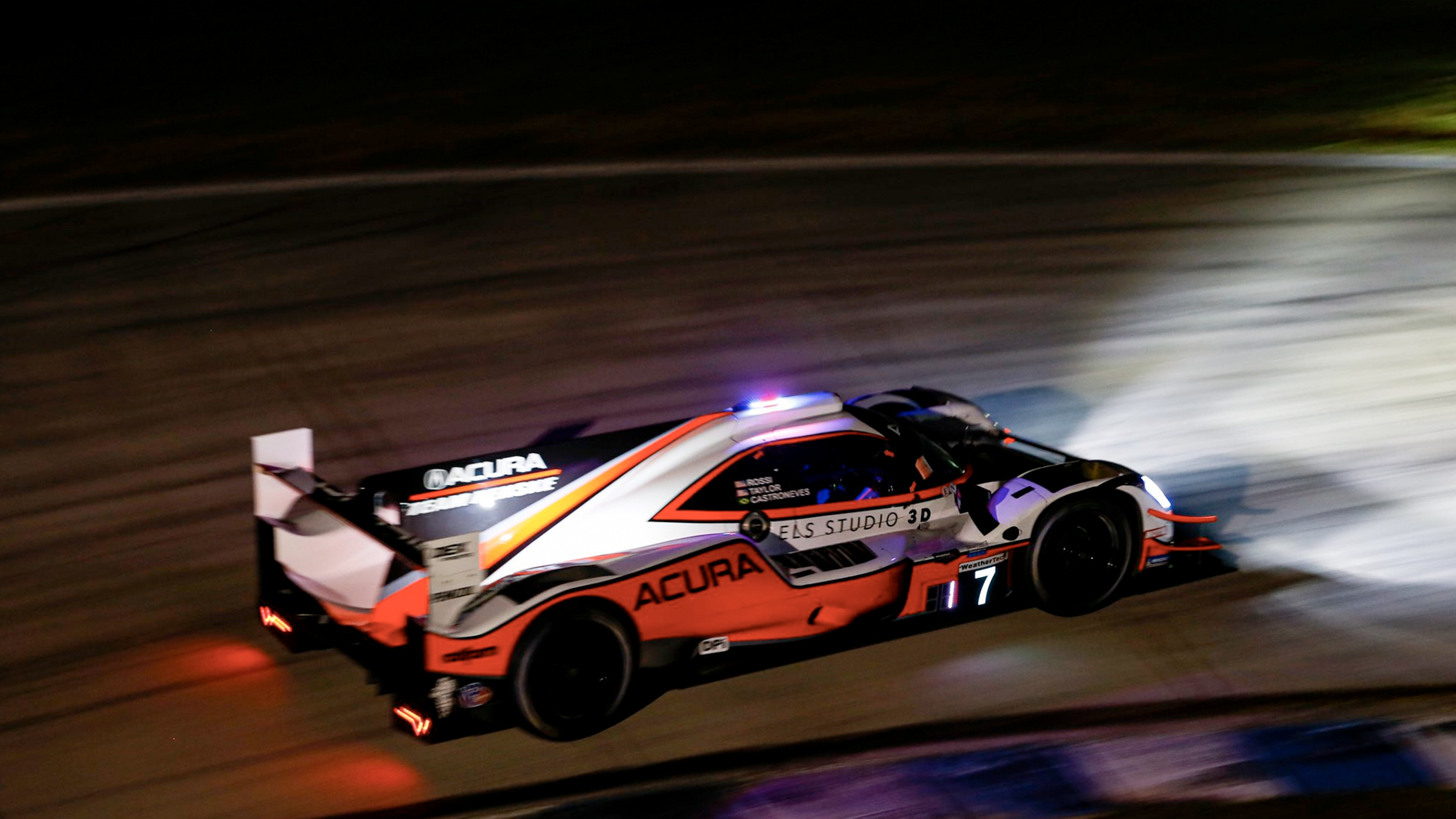 After 20 years of ’Nearly’, ‘Just missed’, ‘Shit I was close’ and ‘How did that one get away?’, Helio Castroneves has finally delivered a championship for his friend and unflinching employer Roger Penske.

In his final outing for ‘The Captain’ before leaving the legendary Team Penske for a new challenge, 45-year-old Castroneves did what he has never previously managed and became a champion – well, at least officially.

“Awesome,” screamed Castroneves as he rushed around after the chequered flag fell at the 12-Hours of Sebring in Florida.

He’d won that damn title. And to him it meant a lot as he claimed the WeatherTech IMSA Sportscar Championship by a single point from the Cadillac crew including Aussie Ryan Briscoe, despite finishing last in the DPi class.

Sebring is one of the oldest continuously used circuits in the US, opening in 1950. Although it has undergone a number of revisions, its current 6km 17-corner layout is considered a real challenge by drivers.

But when it comes to picturesque circuits, the name Sebring has never been mentioned in the same breath. It’s a bit like Mt Panorama – if you hit it with a massive frying pan.

Sebring is flatter than the ECG of a corpse, as the track was built on a long-abandoned US airforce base as well as using part of the local regional airport, which means that hills and valleys are non-existent and the flight controllers should remain on their toes just in case local Joe and his Cessna didn’t get the memo.

It is even reported that in the past some fliers have been on final approach only to be confronted with a mass of racing cars using the bits of bitumen they kinda needed to touch down.

Back to 2020 and you’d think, after all, any guy with three Indy 500 crowns is pretty special anyway. And a Dancing With The Stars champ? Holy tap dancing Batman . . .

But, finally, the always happy and smiling and upbeat Castroneves dug deep, deeper and still deeper to survive a fascinating Sebring stoush to claim the crown for Acura with his team-mate Ricky Taylor and IndyCar star Alex Rossi.

It was Taylor who made sure his father Wayne’s Cadillac team didn’t take the title.

So, happy Father’s Day? I think not. How’d ya all like to be at that family Thanksgiving dinner?

Not that it came easy for Castroneves, Taylor and Rossi at Sebring as they faced more setbacks than the early settlers as they lost seven laps to the winners from Mazda but still got home with one point to spare.

Harry Tincknell, Jon Bomarito and and IndyCar ring-in Ryan Hunter-Reay were brilliant for Mazda while, all around them, things went from bad to worse for their rivals.

The worst of the headless chooks in Florida were in the Cadillac crew, where a mistake by IndyCar superstar Scott Dixon – who zigged and zagged when he should have zagged and zigged – meant the crew should have been staying in ground-floor rooms after the race.

Related Article
It's Le Mans - But Not As We Know It

But such are the margins in motor racing.

It was not only Castroneves’ final race for Team Penske, it was the last outing for the beautiful Acura (Honda) DPi racer.

But, for Helio, what a way to bow out.

In the past he has finished second no less than seven times in the IndyCar championship for Team Penske.

There was plenty of praise for Castroneves, including from Austin Cindric, son of Team Penske’s president Tim Cindric and the newly-minted XFinity champ in NASCAR.

“Nothing cooler than watching your childhood hero succeed,” Cindric gushed.

While Sebring was the wrap for this year’s IMSA sports car series, the last gasp of the super costly and ridiculously complicated hybrid Le Mans sports cars was playing out on the other side of the globe.

The Bahrain 8-Hour was the final race of a truncated 2020 season that had all the excitement of a speech by Scott Morrison, as Toyota was the only factory team in the top league.

It was Godzilla against a bunch of hopeful privateers with little money, a tyre pressure gauge and a deep desire not to get stomped into pulp.

In a season that did so much to damage what had once been the most openly-contested world title battle, harking back to the great days when Porsche and Audi were part of the circus and Toyota was struggling with its TS050, this time it simply steamrolled its privateer opposition.

In the end it was, yawn, the #7 TS050 of Kamui Kobayashi, Mike Conway and Jose Maria Lopez who won the final round of the FIA World Endurance Championship, beating the sister #8 car by over a minute in the winner-takes-all decider.

Ask Stephen Bradbury if he hates his Olympic Gold medal.

“It’s been a long season with all that’s going on in the world. To clinch this title is a huge credit to my teammates – they made me look good. It was a tough race, but we did what we had to do.”

And what more can you ask of a racing driver? They don’t choose the opposition, they just have to beat them.

Toyota supremo Akio Toyoda, had a special message to Kobayashi after a less-than-impressive performance on the podium in Bahrain but ahead of a new generation of road-related hypercars for Le Mans.

“Only one person on the podium today couldn’t remove the champagne cork. I was worried that he forgot how to uncork the champagne,” said Toyoda.

“From next season, we have you a new car for you to drive. I will prepare a car that will never let you forget how to uncork the champagne.”