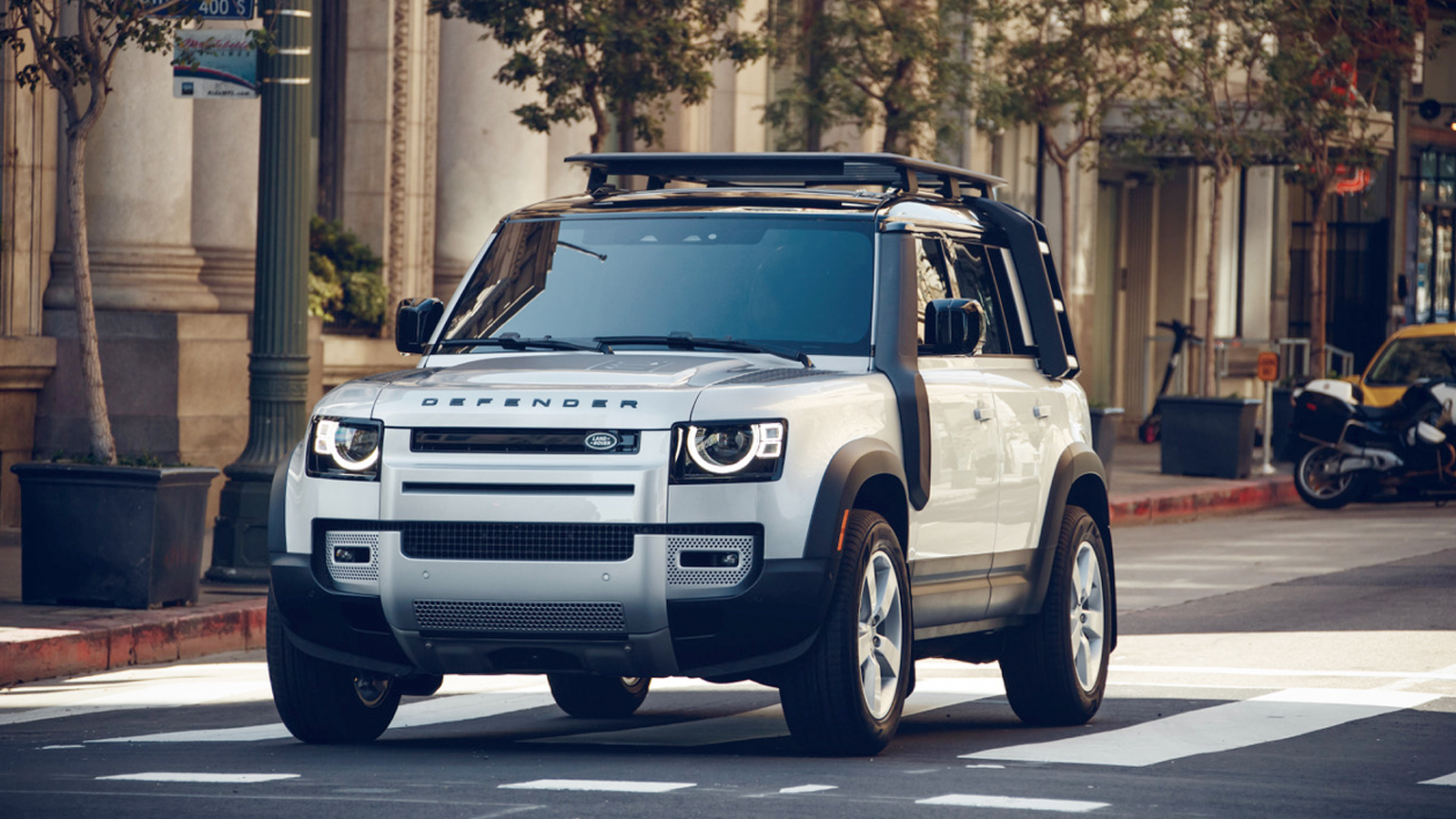 If you want to turn heads in Double Bay and Toorak then the thing to have – right now – is a Land Rover Defender.

Think of it as a Range Rover in a boxy new set of duds.

But it even has a hose-out cabin with rubber floor mats, in case you get super-serious on an off-road adventure or the back-seat rascals get carried away on a sugar-binge weekend.

It’s about the same size as a Jeep Wrangler, with the same sort of historic DNA and styling cues, but truly and madly for the 21st century.

The brief for the new and new-age Defender was simple: build a worthy successor to the old-fashioned workhorse farm truck that been as basic and dependable as a pair of gumboots since the 1940s.

Or, in the words of the chief designer Gerry McGovern to me at the Defender’s official unveiling last year: “Don’t f… it up”.

Land Rover says the new Defender trumps the old one in every way, although British farmers are already complaining that it’s too wide to fit through the gates on their paddocks. Diddums.

There were no complaints from the production crew on the latest James Bond film ’No time to die’, where the Defender did all its own stunts as it carried the baddies into action.

I had no complaints, either, when I took my first Defender time in the good looking newcomer.

I’ve driven plenty of the originals, including the very same Lara Croft truck from Tomb Raider that was driven by Angelina Jolie and another one that was hooked to a plow, and always found them awful but effective. Even my ’67 Volkswagen Beetle is nicer to drive than an early original Defender.

Not this time, as the modern Defender has the poise of a Range Rover, the visual impact of big Arnie’s pre-electric Hummer, and the all-round competence of the very best SUVs of 2020.

There is a lot still to come on the Defender story, from military versions to fully-loaded escape machines, but the action has begun with an early sellout of the launch cars in Australia.

The basic Defender is still called the 110 – reflecting the wheelbase, in inches, of the four-door original – and it’s priced from $69,626 with a 2.0-litre turbo-diesel engine and a fairly basic set of standard equipment.

My test car, heavily loaded and running with a tasty 3-litre turbo-petrol engine, came in at $102,736. That’s before on-roads, just in case you were wondering.

That’s a lot of heft for a family four-wheel drive but, in the pack where it run, it’s solid value and will not trouble the scores in the snootier suburbs. And it’s not just another Range Rover.

This Defender is also a ‘mild’ hybrid, which means it uses stored energy for starting but cannot drive on battery power alone, although it does give a mild electric boost to the turbocharger.

The acceleration is actually hot-hatch quick at 6.1 seconds for a 0-100km/h, despite having to launch around 2.3 tonnes, and the fuel economy is reasonably good at a claimed 9.9 litres/100km on 95 unleaded.

The off-road numbers are plain brilliant, better even than a Jeep or LandCruiser for climbing and fording and going up and down the sides of mountains, not that the vast majority of owners will care. Or even switch the system award from ‘bitumen basic’ into the multi-mode Terrain Response system that pre-sets the engine, gearbox and suspension for the task to come.

What makes the Defender so good is a top-class technical package, classy equipment and finishing, and the sort of driving enjoyment you would never find in an original ‘Landie’.

The car is plush and quiet at all speeds, has good cornering grip and impressive brakes, and is fairly wieldy given its size.

The safety systems are good, there is plenty of space in the cabin – which can even be ordered with a three-seater front bench – and the infotainment, screens and controls are as good as we have been encouraged to expect from Jaguar Land Rover in recent years.

There is very little to complain about, beyond prices which can soar when you dip into the long list of standard equipment – with things like roof racks, lighting and even ladders all available – and air-suspension ride that can be compromised by the largest 22-inch alloy available. The suspension is generally plush, can be raised for off-road work, and even lowers itself for parking to make it easier to get in and out.

There is no way Defender II will make the near-50-year age span of the original, but right now it’s in the prime of its life and sell-out results for the first few months prove that it’s what a lot of people want – not need – in Australia as they begin to escape from the grip of Covid-19.