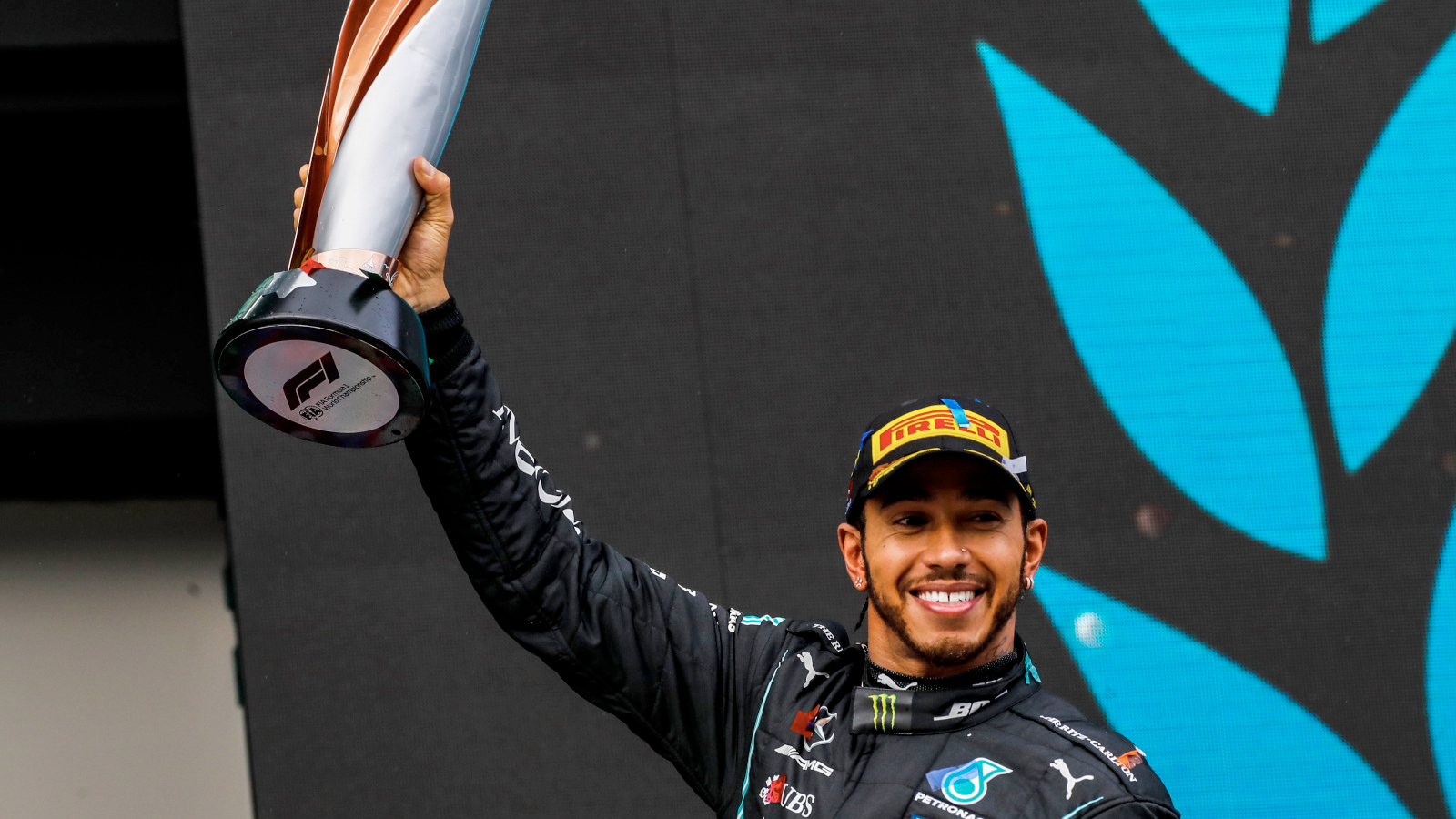 On a day when grip was harder to find than a taxi on New Year’s eve, Lewis Hamilton drove a master class to claim a record equalling seventh world championship.

There were plenty of spinners and sinners in Istanbul, but The Hammer was the grinner – until he broke down in tears.

“That’s for all the kids out there that dream the impossible. You can do it too,” Hamilton blubbered on his slow-down lap.

He was a class beyond his competition in Turkey as the 58-lap race produced more action and passing – and excitement – than the rest of the 2020 season.

Max Verstappen looked like he was playing high-speed snakes-and-ladders as he went up and down, and round-and-round, in a Red Bull that should have challenged Hamilton for the win. He was sixth.

Sergio Perez proved why he should be Verstappen’s team mate in 2021 as he hustled his Racing Point to a highly-professional runner-up spot, doing what surprise pole-sitter Lance Stroll was unable to do despite leading the early laps.

Sebastian Vettel showed he is still a racing driver with a heady performance in a Ferrari which finally looked like a racing car instead of a high-speed dump truck, and then pulled off an opportunistic last-lap pass on his highly-fancied team mate Charles Leclerc for third place. He was the first to congratulate Hamilton and told him “You have made history”.

And Valtteri Bottas, who should have delayed Hamilton’s ascension to a place alongside Michael Schumacher as a seven-time champion? He was lapped.

Daniel Ricciardo’s recent run of fast form ended as he was only tenth for Renault.

As the world’s best drivers struggled to keep their cars on the track and pointing forward, F1 was the big winner in Turkey.

Hamilton continued his rise in superstar status as the mistakes and mishaps showed that driving a grand prix car is much tougher than it looks in fine weather on a gripped-up track where the latest 745 kiloWatt hybrid supercars can use all their power and downforce.

Turkey was a day when skill and precision were the only weapons available to the drivers, although Verstappen did everything to try and prove that youth and enthusiasm could still work.

“It was a complicated race with a mixture of just following the car ahead, having no grip, and trying to survive. It’s not been a great day and I guess it was just not meant to be,” Verstappen said.

Hamilton was only sixth on the grid after, for him, a deeply troubled time through practice and qualifying when he could not get his Pirelli tyres to work on the Silver Arrows. But the soft-compound tyres need for the soaked start worked perfectly and, even as they wore down to slicks, he was also to move to the front and resist any threats.

“I just kept my head done and kept believing I would pick up pace. I felt like I really had it under control,” he said.

“It was a chaotic race,” said Perez, in a masterful understatement.

But Vettel agreed, as he followed home the driver he will replace in the re-named and re-funded Aston Martin team in 2021.

“It was quite intense, quite long, but I had good fun. Bit of a surprise to snatch the podium at the end but it was very enjoyable,” said Vettel.

But there was no enjoyment for Bottas, whose car was damaged in a first-corner tangle and never gave him less than trouble.

“Such a long day. It was survival, and not good. I try to beat him next year,” said Bottas.

But there is no change to the technical regulations next year and Hamilton already looks an unbackable favourite for his eighth world title.

He and his Mercedes-AMG team boss Toto Wolff are still to renew their contracts, but after celebrating together on the victory dias it looks like their partnership will continue.

“I feel like I’m only getting started. There is no end to what we can do together, me and this team,” Hamilton told Mark Webber in a post-race interview in an ominous pointer to what could be coming in 2021.