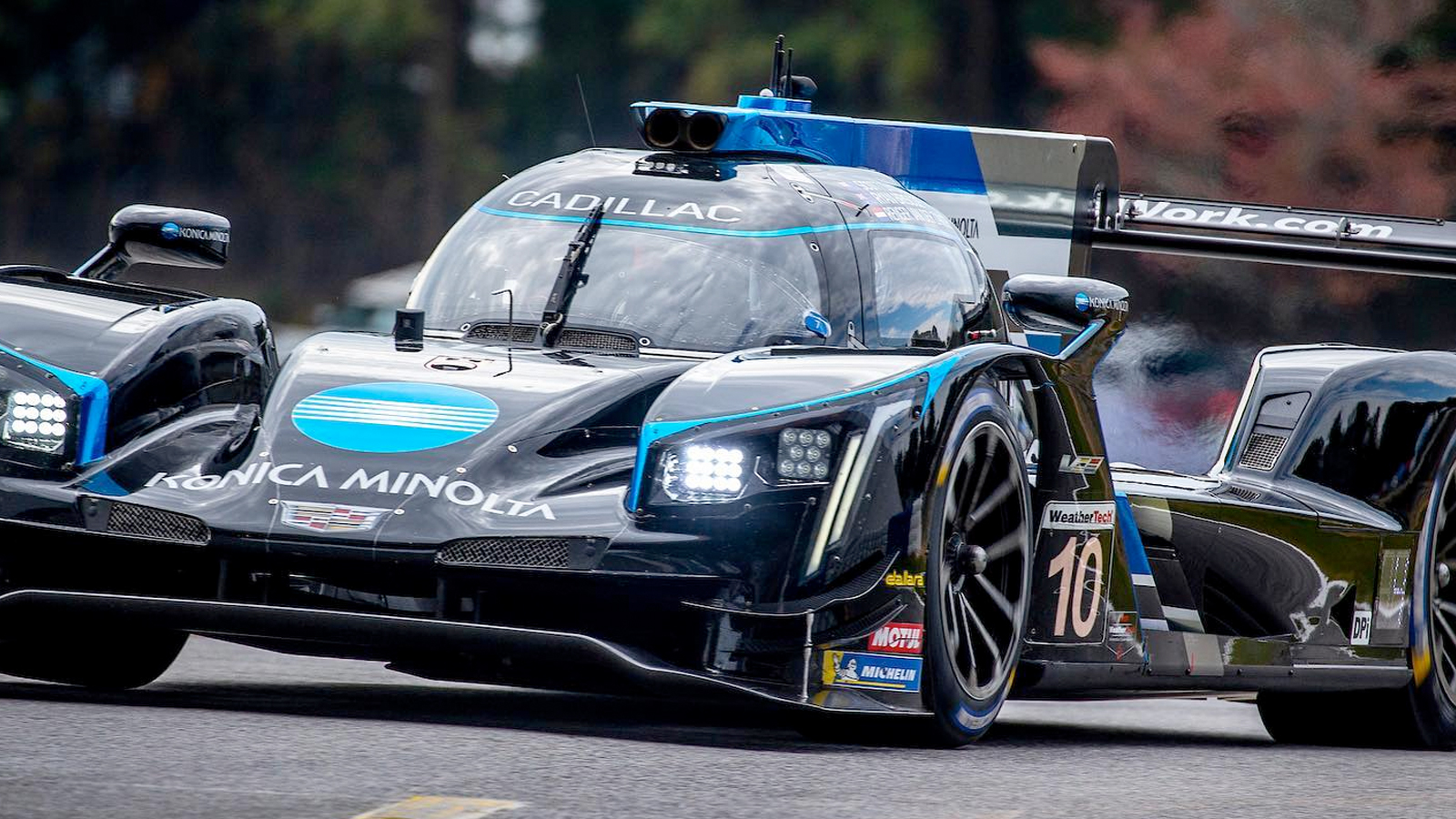 It’s almost enough to make the Pope swear. In Latin.

So Ryan Briscoe went out and threw down $750,000 on the world’s tastiest new Ford – that’s real US dollars and not our 73-cent offering – and then someone wandered up and offered him a $1 million Cadillac. For free.

And then they offered to pay him a sizeable six-figure salary to race around in the Caddy for a year.

It’s not a bad deal for the Sydney-born racer, who was actually looking at unemployment after finishing his IMSA sports car championship season as one of the front-runners and a multiple race winner in 2020 with Caddy.

His team this year, Wayne Taylor Racing, has announced that Briscoe won’t be continuing with the crew in 2021.

But just as Briscoe, now a freshly-minted US citizen, was pondering a year of mowing the lawn, tending the gardens and stuffing-up handyman jobs around his house in Connecticut, a career lifeline may be on the horizon.

His former employer, racing heavyweight Chip Ganassi, is on the verge of making a return to IMSA in the only-barely-United States and Briscoe is high on the list of drivers he wants.

Ganassi, who is basically a Penske-lite team boss who often runs up against ‘The Captain’ Roger Penske in IndyCar racing, could soon have good news for Briscoe who splurged big, big bucks for nothing more than a lust object.

Only recently Briscoe took delivery of his brand-new 2020 Ford GT with the Liquid Carbon upgrade, a car so desirable that it can make sex an afterthought in the minds of most men. And that’s an impressive achievement.

Add it all up and, at more than $1 million local, it’s enough to buy a small two-bedroom unit in outer Sydney. But who needs somewhere to live if you can have a car like this?

With its 3.5-litre twin-turbo V6 and carbon fibre body, the sinister black Ford GT is auto-porn, a hand down the pants creation for any bloke under 60. And a lot of car-perving women as well.

If Briscoe does get the Ganassi gig, and it’s all just well-connected rumour at the moment about the operation of a new Cadillac project, it will continue a enviable career for the youthful-looking but middle-aged Aussie.

Ryan Briscoe is a damned good racing driver. Just not a great one.

But his skill has been enough to make him a great living plying his trade in the USA, which he now calls home and where he is married to ESPN sports anchor Nicole, who probably earns more than he does, and their two young girls.

Back in the day, Briscoe was a test driver for the Toyota F1 team and came close to securing a race seat with the Jordan GP outfit before deciding that the USA was the place to be.

In 2005 he was part of Ganassi’s Indycar team, but he crashed. Often.

Since then Briscoe has also driven for, amongst others, Team Penske – in both IMSA and IndyCar.

But it’s always being a case of close but no cigar – at least when it comes to championship titles, as his best in IndyCar was third in 2009.

In more recent times Briscoe has found racing sports cars to be his sweet spot and for three years he was one of the regulars in Ford’s factory-backed and fully-funded GT program, which included entries in both the US-domestic IMSA series and the Euro-centric World Endurance Championship. He even raced a GT at Le Mans.

He had considerable success and so, just maybe, got an employee discount of his road going purchase. But from what we’ve heard, probably not.

And it now seems, if the rumours are to be believed, his day-job will continue to be racing driver and not house-dad.

But many are asking why Ganassi would re-enter the IMSA series in 2021 with a current spec Cadillac powered DPi?

When the Ford GT program ended in 2019, Ganassi shuffled his key people around his organisation, some moving into the Indycar program and others into NASCAR.

If the rumours are true that Ganassi will field an entry for a new manufacturer in 2022, he needs to rebuild that side of his operation, put the key ingredients back together and make sure the machine is well oiled.

Ganassi has to rebuild his sports car operation in order to hit the ground running when the starting gun signals the start of the new-look 2022 season, and a Cadillac DPi program, with all the key mechanical ingredients available off-the-shelf, if the perfect place to start.

And in 39 year old Briscoe, Ganassi knows he has a safe set of hands and a smart enough racer to help make it all come together seamlessly.

It is said that another driver on Ganassi’s quick dial list of Juan Pablo Montoya.

And like Briscoe, he wouldn’t knock back a free million dollar Cadillac either.