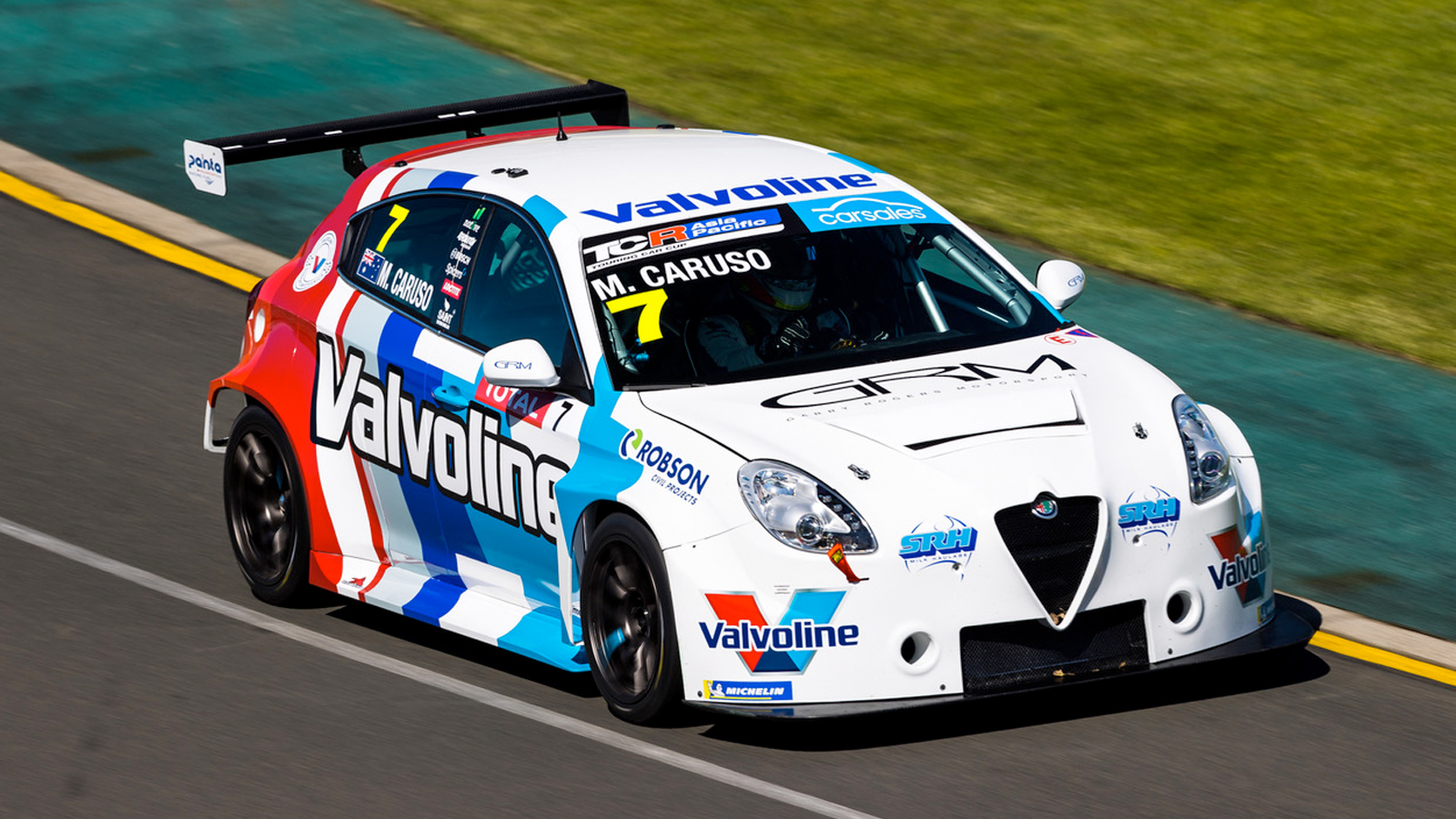 The first green shoots are sprouting as the carsales TCR Australia series emerges from Covid-19 hibernation.

The turbo tiny tots will not fire a shot in 2020 but there are positive signs for 2021 with a renewed commitment from Honda Australia and a contract extension for marquee driver Michael Caruso.

Both Honda and Caruso are primed for the re-start of TCR racing in Tasmania in January, and much further into the future.

Caruso will continue with Garry Rogers Motorsport, with backing from Valvoline on an Alfa Romeo Giulietta, for the 2021 and 2022 season while Honda Australia is extending its arrangement with Wall Racing and Tony D’Alberto through to the end of 2021.

The renewed deals are good news for TCR Australia, although it is only planning a six-race competition next year to ensure its semi-professional teams are able to get back into action.

“We’ve just launched a major update for the Civic Type R last month and we have some special plans in development to bring the road car and race car programs together during the 2021 season, so fingers crossed the current (Covid-19) situation continues to improve,” said Honda spokesman, Robert Thorp.

“I know the entire team at Honda Australia can’t wait to see the Civic Type R TCR car back on track in Tasmania in late January. Of course we want to go one better than last year, but after a year like 2020, just getting on the track will feel like a win.”

D’Alberto was runner-up to Will Brown and Hyundai in the inaugural TCR Australia series and his involvement has been pivotal in Honda’s support.

“After such a successful first year of TCR racing for Tony and the Wall Racing team in 2019, with the first TCR pole position and claiming second place in the championship, it will be an exciting way to kick off the new year with some racing through the summer months.”

Wall Racing is expected to field at least two cars next year, and more likely three, with John Martin continuing in one of the slots.

Meantime, Caruso is gearing up for a full two-year stint in TCR after grabbing a front-row qualifying spot at Albert Park back in March before the Australian Grand Prix meeting was canned.

“Having not done any racing this year, it’s great that both Valvoline and GRM are keen to roll the partnership on for the intended two years, so we are all pretty excited to get it going,” said Caruso.

“We feel that it is going to be a successful partnership. The TCR Series is a fantastic, global product, and despite the fact that we’ve been a full year out of the seat, there is some really strong interest out there to see the cars go back around.

“When I got to Albert Park, it was only my second time in the car. I was so looking forward to getting into that race, starting alongside Garth Tander. To not even get onto the track that day was a real let down.

“That’s all behind us now, so we have full focus on 2021. There’s no doubt that the ingredients are there to get some strong results in the Alfa Romeo.”