Way, way back in a far, far corner at Ferrari’s jaw-droppingly-mega motorsport ‘death star’ complex in Maranello, Italy, a couple of dozen guys are pushing the future.

Peering intently at computer screens, either smiling or scowling at the results on the screen, this small cadre of Ferrari’s top engineering brains trust are tinkering with a 2.4-litre twin-turbo V6 engine – with hybrid additions- which will never see the light of day in Formula One or in a road car.

It’s the start-from-scratch power-plant that will make Ferrari the third engine supplier in the US Indycar series in 2022. And it’s happening.

Unlike the Ferrari 637, an IndyCar that was built in 1985 when Enzo Ferrari was fighting with Formula One but never raced, Ferrari is totally serious this time.

The all-new 670 kiloWatt (900 horsepower) Ferrari V6 will join the two existing Indycar engines available, from Honda and Chevrolet, when the new regulations come into force for the 2022 season.

All three manufacturers will have to use the same hybrid system but, apart from that, it’s an almost open development war.

And let’s face it, Ferrari makes pretty damn good engines. The word is that the Italian team is now on version number four as it pursues perfection.

But why now? Why IndyCars?

It’s all because of the upcoming F1 budget cuts, which would reduce the annual Grand Prix team budget to a “mere” $200 million or so.

Ferrari has a lot of valued employees that could have been, umm, told to tell their stories walkin’ without a spot on the F1 roster.

Despite Ferrari maintaining it wants to keep the ‘family’ together, the biggest worry is that disenfranchised employees will take their know-how to its rivals.

Ferrari spends money on motor racing faster than a sailor on his first shore leave hitting the first dockside bar.

So what does it take, and cost, to field a couple of Ferraris in Formula One?

The Ferrari F1 team has something like 600 employees and spends roughly $700 million a year on racing. Which, this year at least, seems a lot to spend just to get your arse kicked.

Related Article
Who Is Scott?

But the USA remains the promised land for Ferrari sales, despite the pick-up in Chinese millionaires and billionaires, and it is still racing towards the Statue of Liberty.

When it comes to aspirational brands, Ferrari is at or near the top of the list with Rolex, Gucci and my soon-to-be-launched podcast. (PS: what’s a podcast?).

Young, buffed guys dream of owning one. Fat, balding old guys fork over the cash to buy one. Life’s not fair.

You’ll never see an ad offering a new Ferrari at ‘$499,999 drive-away, no more to pay’ but if you do, rest assured the dealer responsible will probably end up ‘sleeping with the fishes’ as they like to say in old gangster movies.

Ferrari’s calling card is its motor racing successes, either in F1 or sports cars, but lately the headline results have been, well, rarer than a thoughtful and non-delusional tweet from Donald J Trump.

Similarly, Formula One in America is about as popular as small portion sizes in restaurants – but IndyCar racing is becoming a BIG thing.

“You’ve probably heard it, there have been discussions with Ferrari,” admitted IndyCar boss Roger Penske recently.

“[Ferrari] might be interested in joining the series, coming in 2022 when we have new engine rules. That would be a great asset, to have a third manufacturer in the series.”

And it’s been more than just dreaming and scheming.

“Ferrari has shown public interest before and so we have sat down for a talk. For IndyCar, Ferrari would be a great addition,” said Penske.

“We want to be sure that for each of them there will be a workspace in the future.

“For this reason, we have started to evaluate alternative programs. I confirm that we are looking at IndyCar, which is currently a very different category but with a change of regulation scheduled in 2022.” 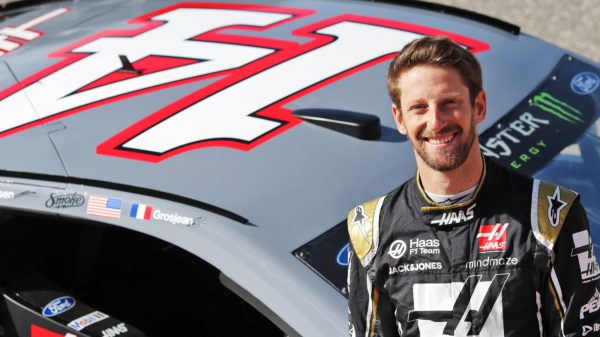 It’s been a long time since Romain Grosjean sat on pole position, but he could be at the front of the pack when it...