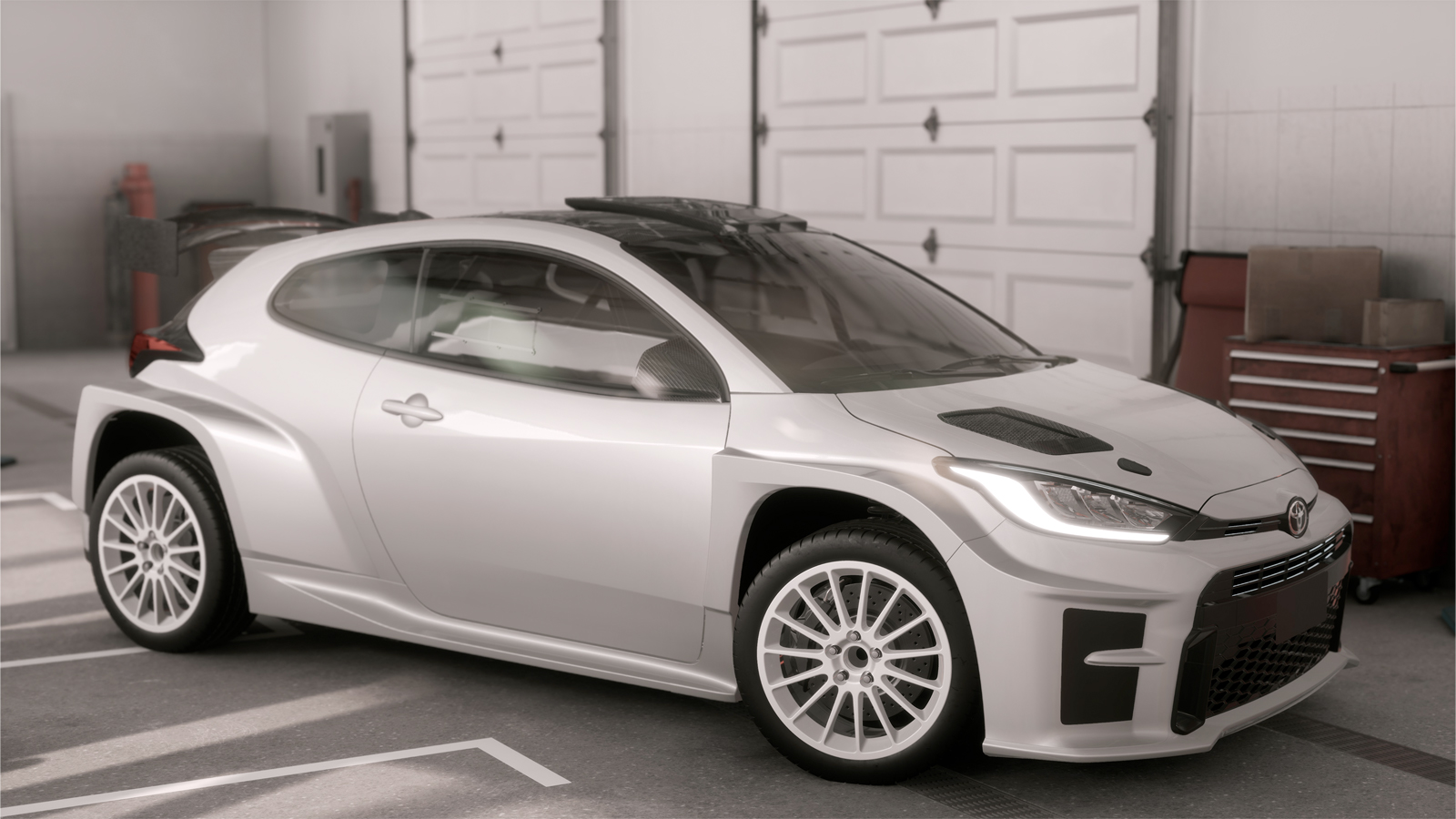 This is how the Toyota Yaris GR will look in next year’s Australian Rally Championship.

It only needs Gazoo Racing warpaint and a set of gravel tyres to be ready for action.

It is revealed as Toyota Australia renews its commitment to Neal Bates Motorsport in Canberra and its two young chargers, Harry and Lewis, and their assault on the ARC title from 2021.

“It looks pretty cool. It looks fast, and it will be fast,” Neal Bates tells Race News.

He has a matched pair of the AP4-specification Yaris forest racers underway and is pumped by the way the car looks, but also the powerful potential of its new-generation three-cylinder turbo motoring.

“This new engine is pretty trick, so we expect good things from it.”

Bates has been Toyota’s motorsport spearhead for more than 30 years but says the GR Yaris project is one of the most detailed and difficult in all that time.

The key to the change is the involvement of the Product Planning and Development division at Toyota Australia in Melbourne.

“Working with Toyota design has been amazing and for us to actually have someone to sit down with, work with VR, and utilise their skill sets and technology to really style the car properly. It has been fantastic,” said Bates.

The project leader for Toyota was chief designer Nic Hogios, who says work began in March and went through various stages – from CAD data through virtual-reality design to final prototyping – before the project got its sign-off.

“There are no compromises, it’s a race car, it’s not here for styling although we wanted to make it look as good as possible and that is part of the GR philosophy, it’s all about functional beauty,” said Hogios.

According to Bates, the effort on the bodywork is centred on providing the cooling for the engine, covering the wider track of the rally car’s suspension, and smoothing the aerodynamics for extra downforce.

“The basic car is fantastic as a platform. We have got a carbon fibre roof, we’ve got aluminium doors, we’ve got the lightest and most powerful three-cylinder turbo mass-production engine in the world, we’ve got an incredibly wide stance, and all-wheel drive,” he said.

“We have built a lot of rally cars starting with the Celica GT-Four which was an all-wheel drive turbo but from then on, there was a lot of work involved modifying Celicas and Corollas into all-wheel drive rally cars, so this is an amazing car to start with.”

The Bates team will be the first in the world to compete with the AP4 Yaris, although the factory Gazoo Racing team in the World Rally Championship is also working on an all-new model. There has been no news from the team’s base in Europe, but it also should be ready to rally during 2021.

But there is one piece of bad news – the body upgrades for the rally car cannot be fitted to the road-going GR Yaris.

“It would be far too hard with a road car. We need far wider guards on the rally cars and they won’t work with the standard suspension,” said Bates.