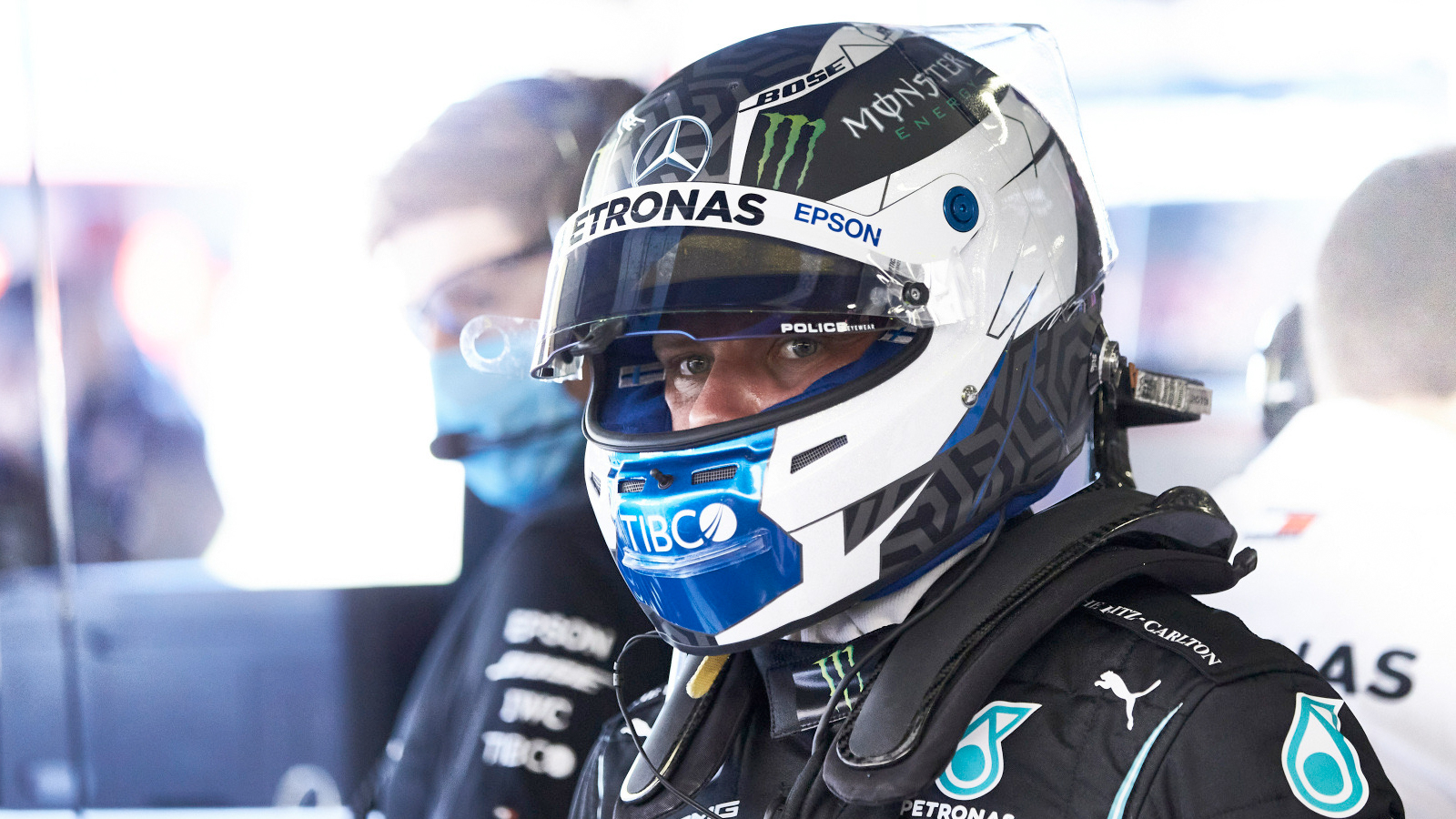 Valtteri Bottas is the happiest man in Bahrain.

The cork in his personal grand prix bottle is being unplugged this weekend as Lewis Hamilton has tested positive for Covid-19 and been forced into quarantine.

The absence of the Black Knight in the Mercedes-AMG means Bottas has no-one to seriously threaten him at the Sakhir Grand Prix, even though Formula One will be racing on the unknown, and previously unused, ‘outer’ circuit at the desert autodrome.

There is no news yet on Hamilton’s replacement in the #44 championship winner, but the smart money is on super-sub Nico Hulkenberg.

The Hulk was left without a home at Renault this year but has done a mighty job in filling-in for both Sergio Perez and Lance Stroll at Racing Point, track time that has also given him experience of the Mercedes-Benz power-plant shared between the Pink Mercedes and the original Silver Arrows.

If he gets the job it could finally – finally – give him his best shot at the F1 podium that most grand prix insiders believe his talent has always deserved.

So he would run Bottas a close second on the happiness scale.

News of Hamilton’s Covid hit make him easily the most high-profile motorsport star to succumb to the pandemic, although MotoGP legend Valentino Rossi was also briefly sidelined.

“Lewis was tested three times last week and returned a negative result each time, the last of which was on Sunday afternoon at the Bahrain International Circuit as part of the standard race weekend testing program,” said the Mercedes-AMG team.

“However, he woke up on Monday morning with mild symptoms and was informed at the same time that a contact prior to arrival in Bahrain had subsequently tested positive. Lewis therefore took a further test and returned a positive result. This has since been confirmed by a re-test.

“Lewis is now isolating in accordance with COVID-19 protocols and public health authority guidelines in Bahrain. Apart from mild symptoms, he is otherwise fit and well, and the entire team sends him its very best wishes for a swift recovery.”

Despite the rampant speculation there is no news yet of his fill-in.

“We will announce our replacement driver plans for this weekend in due course,” the team said.