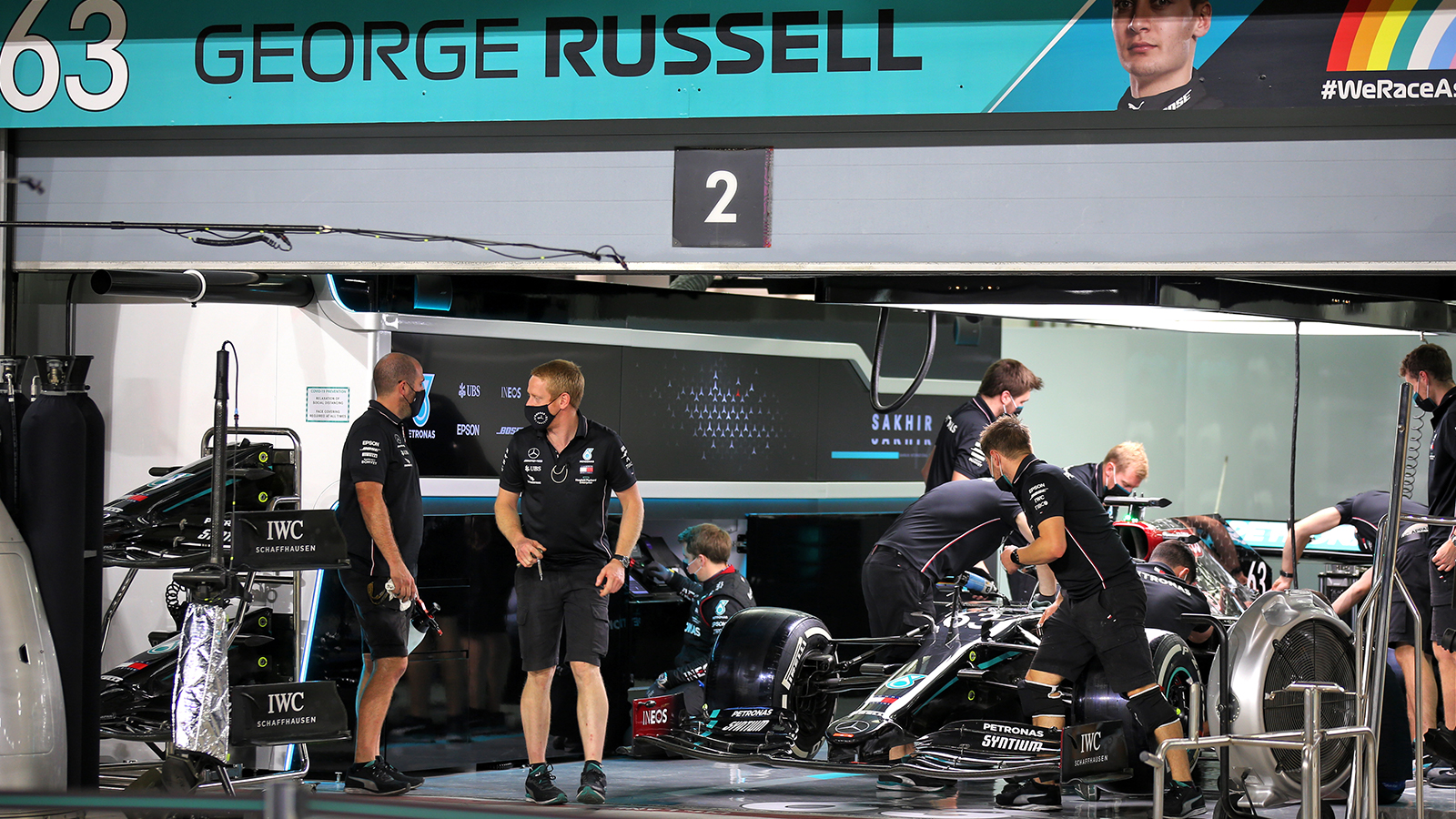 George Russell could be back in black in Abu Dhabi.

After a hugely speedy and promising first start with Mercedes-AMG in Bahrain he was eventually left with little to show for his upgrade from Williams as a stand-in for world champion Lewis Hamilton.

But Hamilton is unlikely to finish the Formula 1 season in Abu Dhabi after testing positive for Covid-19 in the days between the Bahrain and Sakhir grands prix.

According to the rules in Bahrain, those who test positive to Covid must self-isolate for 10 days, even if they get a negative test in the ensuing period of time.

His problem is that the whole F1 circus is being transported to Abu Dhabi on charter flights on December 7 and 8 – and no-one else is supposed to enter the Yas Island precinct after that, without complex quarantine arrangements which would make it difficult for Hamilton to drive in the opening practice sessions on Friday, December 11.

It is possible that the Abu Dhabi authorities might make an exception for Hamilton, but that would not really help them in their fight against coronavirus.

The agreements with F1 are unique to the charters and, if Hamilton is not on one of them, he would need to follow Abu Dhabi’s rules.

If those rules are followed, Hamilton cannot compete in Abu Dhabi…

The good news for Mercedes is that it seems after the Sakhir Grand Prix that they have a strong replacement in Russell… who looked to be on his way to victory over Valtteri Bottas when the team bungled a tyre stop – and ruined the races of both drivers.

Williams agreed to release Russell to Mercedes and used its test driver Jack Aitken for the second Bahrain race, something that could conceivably happen again in Abu Dhabi without too much fuss.