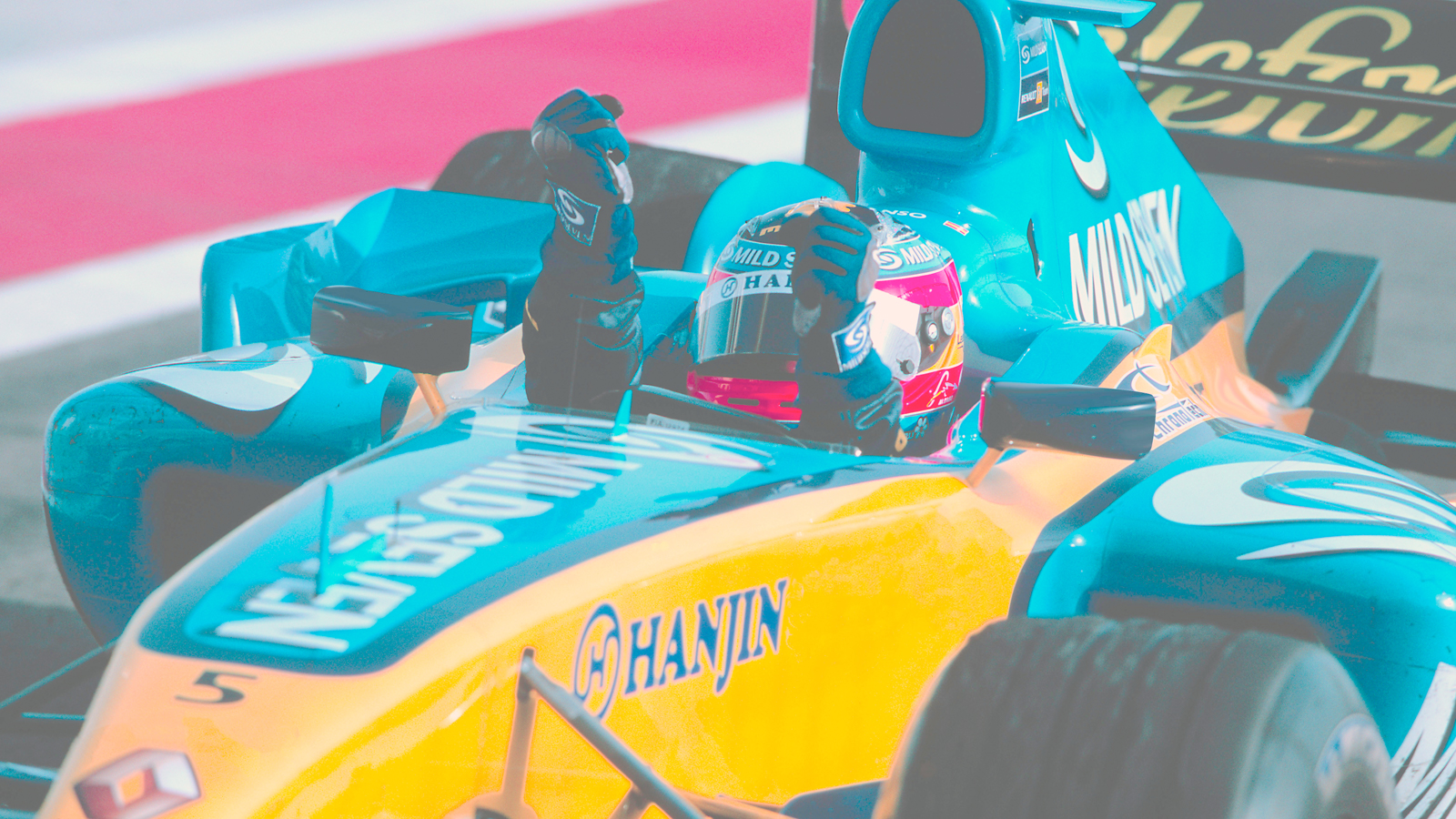 Yas Marina is echoing to the musical scream of a V10 Grand Prix engine through the final weekend of the 2020 Formula One season.

Renault is using the end of its yellow era in F1, and the start of the Alpine generation in 2021, to create a little magic for F1 fans.

And it is also giving comeback king Fernando Alonso extra laps as he prepares for the ‘young driver’ test next week and his full-time return to grand prix racing next year.

“This car still soooo fast,” said Alonso after his first hit-out in the R25 he took to a championship in 2005, when he and his team mate Giancarlo Fisichella scored eight wins, seven pole positions and 18 podiums.

The results gave him his first driver’s world title and a constructors’ title for Renault.

The R25 has been the subject of a massive restoration project that included more than 50 hours just on the engine, and the car has been fitted with Pirelli slick tyres instead of the awful grooved rubber of the car’s original campaign.

“What a feeling. What a weekend it will be,” said Alonso.

“Now with the slick tyres even more.”

Renault’s current F1 boss, Cyril Abiteboul, is also happy to see the car run again and knows that every lap for Alonso makes him sharper and hungrier for 2021.

“It’s very emotional to see the R25 run in anger once again, and having Fernando at the wheel is the cherry on the cake,” he said.

“While the car is a symbol of our past achievements, Fernando reflects our strong ambition to keep pushing for more success and recapture those incredible moments and emotions.