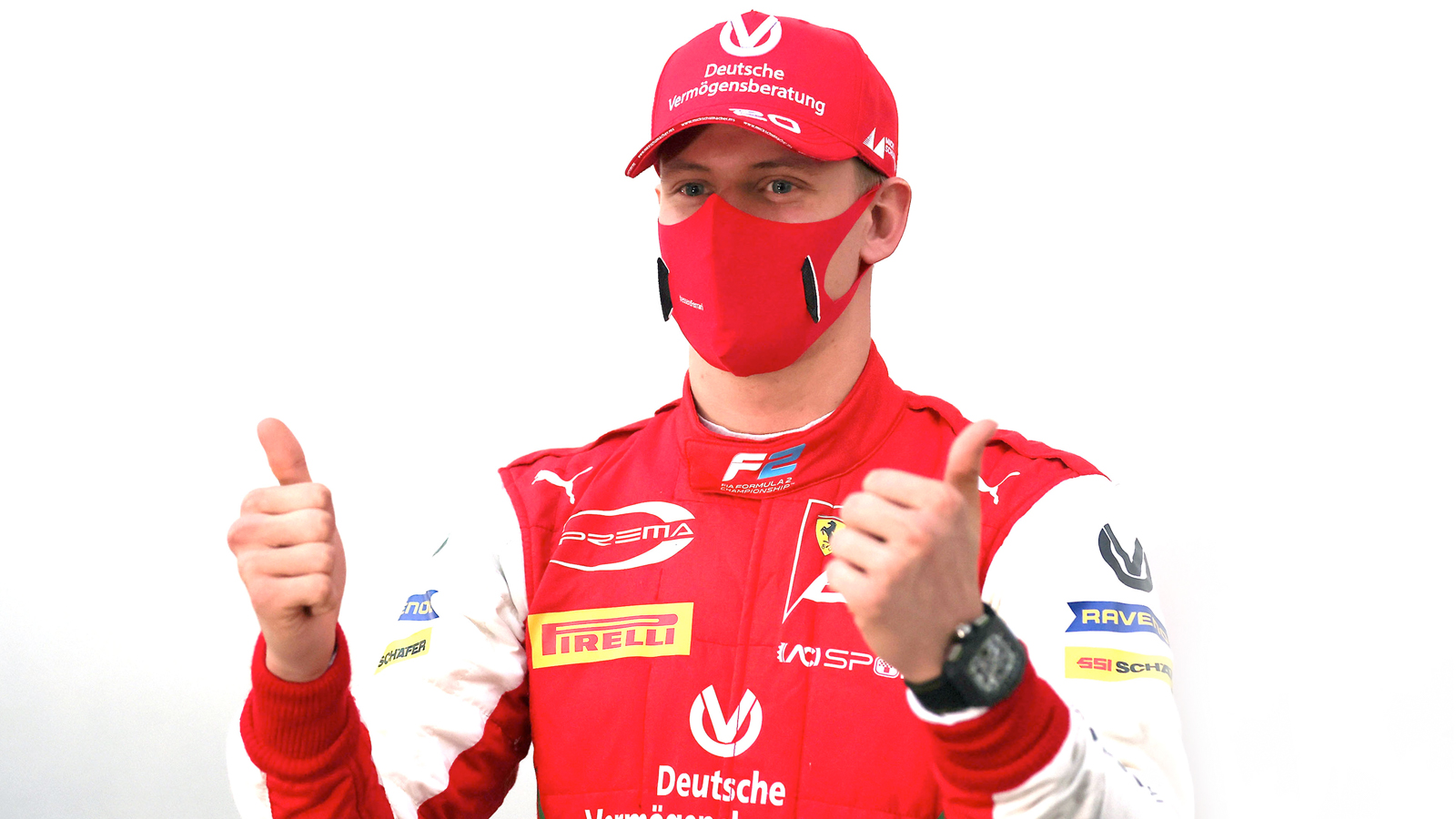 When it comes to stating the absolutely, positively “did you really need to say this” obvious, let me introduce the new champion – Ferrari F1 team principal Mattia Binotto.

Possibly bleeding from the ears after suffering major head injuries from beating his head against a brick wall through the horrendous 2020 season for the Scuderia, Binotto is now saying the f%^king obvious.

Maybe dazed and confused after watching his beloved Ferrari finish a dismal sixth in the 2020 F1 constructor’s championship, its worst result since – well, who is old enough to remember? – Binotto has opened up in a new interview on the not-revelation that son-of-a-legend Mick Schumacher has been placed at the Haas team for 2021 with an eye for a bright red future.

“Mick Schumacher will be one of the drivers for Haas next year, which for us is a great opportunity, showing the strength of collaboration we’ve got,” revealed Binotto

The US-owned Haas team has a strong technical partnership with Ferrari, using the Italian team’s engines and other running gear. In the past this was a real positive.

Of course, now that the red cars from Maranello are performing like the horses I put my money on last Saturday, things are not quite so grand.

This is why it is believed that Ferrari has significantly reduced the price Haas is paying for mechanical motivation to ensure that young Mick has a seat for this year’s championship.

The 21-year-old comes into upcoming grand prix season after winning last year’s FIA Formula 2 championship trophy, which will sit nicely alongside his F3 title from a couple of years previously.

He has, quite humbly given his exalted pedigree, progressed impressively and patiently through the junior ranks and has undoubtedly earned his shot at the big time.

The fact is that Schumacher is pretty damn good.

How good? Well, ain’t that the question.

At least, not for Binotto.

“When you move from F2 and jump into F1, the very first year cannot be a directly into a red car because that would be too much responsibility and not enough experience,” he explained.

“So, knowing that we’ve got customer teams or partners on which we may count to continue developing our drivers in F1 is an important element.”

It is likely that Schumacher will be given at least two seasons to develop into the driver Ferrari hopes he will become as the Scuderia is throwing everything at finding a new generational star.

Ferrari’s legendary engineer Jock Clear, who once guided Jacques Villeneuve when he was a young second-generation tearaway on the way to the world title his father Gilles never managed before he was killed in a Ferrari, has been tapped to work as a rookie driver whisperer and will mentor Schumacher and other young guns in the FDA .

“Jock is a great person, a great professional who has been in Ferrari for many years,” said Binotto.

The transplanted Englishman has more recent experience as a whisperer, as he was in the corner and on the job for Charles Leclerc at Ferrari in 2020 as he shaded and then overwhelmed four-time champion Sebastian Vettel.

“His role in 2020 was driver coach – an engineer who is supporting the drivers in order to perform in terms of driving to their best; looking at the lines, look at the way they are braking, through the corner, accelerating, managing tires… to make sure that the driver is developing well.”

But Mick Schumacher faces a massive task to emulate his legendary father.

In many ways Michael Schumacher was the Donald Trump of F1, although he didn’t build a giant wall around his home town.

But he had a similar win-at-all-costs mentality and was, when caught between a rock and a car place, not adverse to pushing the boundaries and then openly breaking them to achieve his ultimate goal – victory.

Who can ever forget Schumi taking out Damon Hill in Adelaide when the world championship was at stake. He nailed that one. And then he tried to do the same to Jacques Villeneuve in another title shoot-out but came out second-best.

And how about parking his car across the track at Monaco during the final seconds of qualifying to ensure that no one could beat his pole time?

From a mercurial talent with absolute self-belief and commitment, Schumacher Snr eventually transformed into a self-obsessed bully-boy who believed it was his divine right to rule above all of his competitors whom he viewed as the supporting cast to his starring role.

In his rise to F1 with Haas, young Mick has shown none of the, umm, more aggressive traits of his seven-times world champion father.

One thing that’s in Schumacher’s favour is that he probably will end up as the undisputed team leader at the Haas operation. A lot of people think that Schumacher’s 2021 team-mate, Russian racer Nikita Mazepin, only got his seat because his papa Dmitry is an oligarch with more money, if you’re a believer, than God.

As head of the massive Uralchem chemical company, Dmitry is worth somewhere north of $9 billion and both loves his son and is willing to indulge him. Sounds a little like Lawrence Stroll, doesn’t he . . .

Anyone who believes that Mazepin got his Haas seat on talent alone is dumb enough to a key player in Team Trump.

Let’s face it, Nikita is from a fabulously wealthy family and has already displayed the kind of boorish, misogynistic behaviour long associated with the children of ludicrously rich parents and is Russian. He was disciplined by Haas – naughty boy – after most-recent escapade landed on social media.

Hell, if his Formula One career doesn’t catch on he’s got all the credentials needed to be the president of the USA.

To be honest, Mazepin is an above-average driving talent, probably good enough to get a serious shot at being a grand prix racer, and not just a driver, but with so many other talented youngsters out there, were it not for his father’s bursting-at-the-seams bank balance he’d probably be talking to Vladimir Putin about a job in politics.

But Mazepin is not Schumacher’s problem, or his target, because he is playing the long game and set on joining the red team that boosted his father to the top in F1.

TCR Is Clear For Lift-off

The Grinch hasn’t quite managed to steal Christmas from Scott McLaughlin, but he faces a long wait to unwrap his big gift from Santa...

The postponement of the Australian Grand Prix could lead to an all-new international double-header at the back end of this year. Organisers of the...

He’s not quite on Jobkeeper, but Daniel Ricciardo is working hard after taking a massive pay cut to join McLaren in Formula One. Instead...