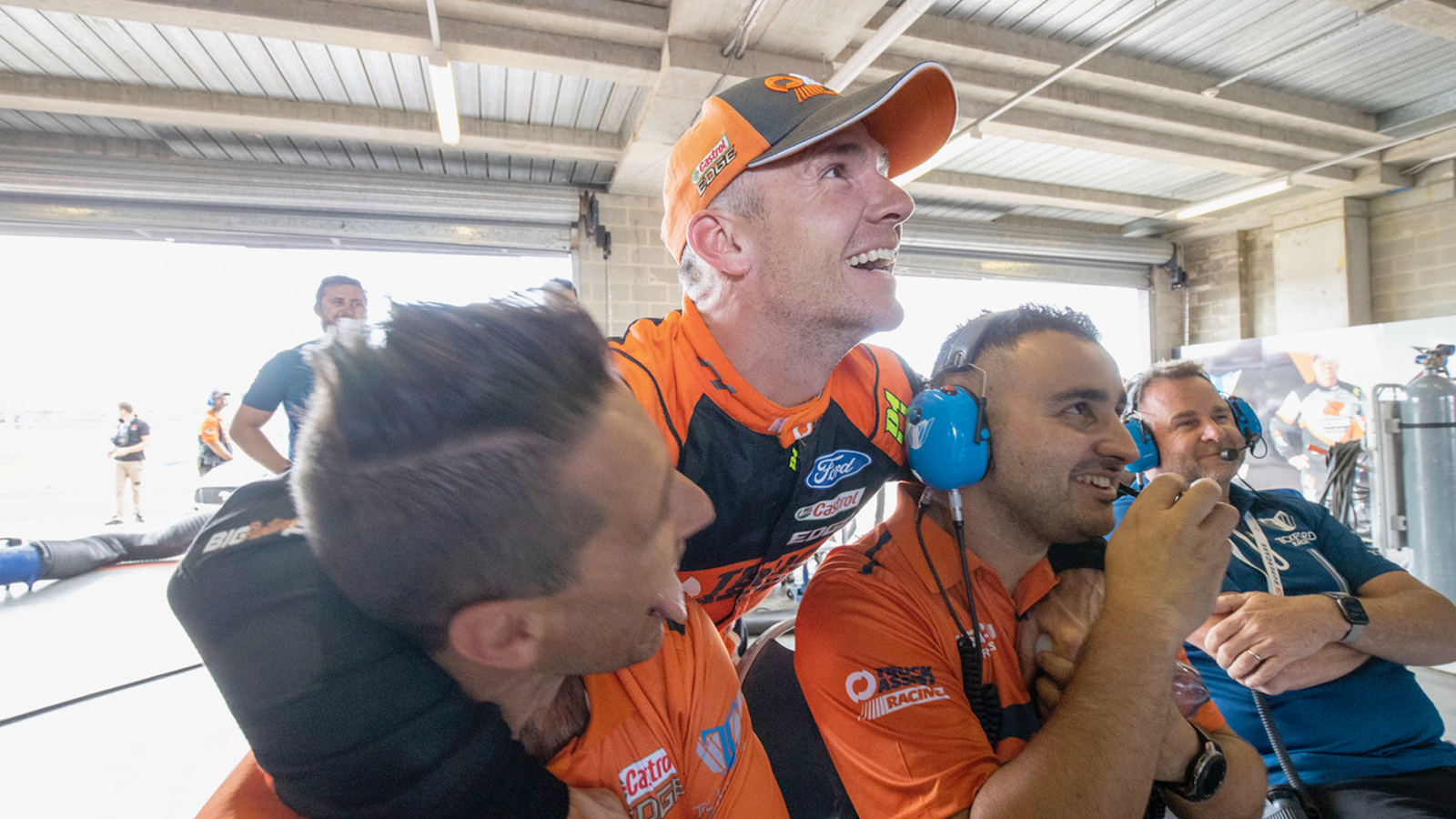 Lee Holdsworth is the hottest property in Supercars today.

Despite losing the game of musical cars at Tickford Racing, he is already secure in a TCR Australia future and is the most-wanted co-driver for Bathurst in 2021.

Top teams are already queuing for his signature on a co-driving contact, with Walkinshaw Andretti United believed to be leading the bidding.

“I haven’t ticked off winning the Bathurst 1000 yet, but you can bet your ass I’ll be back this year with the best chance yet!”, Holdsworth said when news of his Tickford disaster first broke.

“It is really nice to feel wanted. I guess, being so late in the piece when I found out about my position for this year, there was a bit of a concern about what was going to happen. But it’s nice to know you’re on anyone’s radar,” he told Race News.

“I’ve had plenty of phone calls. Plenty of enquiries.

He admitted he was surprised by the Tickford decision, which came after the team was forced to cut back to three cars following a failed bid for an extra Racing Entitlements Contract for the coming season, but was still upbeat.

“It’s come as a shock and it feels premature, but that’s the way it’s played out. I’ve been fortunate to have such a long stint in the sport and I’m extremely grateful to those who have been a part of it,” he said.

There is no official news from teams about co-driving offers for Bathurst, but Holdsworth is now in the same situation that saw Tim Slade jumping up to DJR Team Penske last year alongside Scott McLaughlin and then back into a main game seat with the new Cooldrive team after finishing fifth at Mount Panorama.

Top-line teams put a big premium on recent main-game experience, which is widely believed to give a driver a significant advantage for their first two years in co-driving, and Holdsworth has proved his Bathurst value many times including his run to provisional pole position last year in the Truck Assist Mustang.

“I haven’t got anything 100 per cent sorted yet, but I’ve got some really good options. I’m really pumped,” said Holdsworth.

“I get to come back and have another crack at it, hopefully for a few more years. I need to put myself in the best possible position to win it.”

His TCR Australia deal comes despite uncertainty over the starting date for the hot hatch championship, and puts him into one of the Alfa Romeo Giuliettas that proved paced in the championship’s first season in 2019.

He is joining Ashley Seward Racing in a two-car attack with youngster Jay Hanson, and will race the Alfa James Allen debuted at The Bend Motorsport Park while Hanson will steer the car that Dylan O’Keeffe took to fourth in the 2019 TCR Australia Series.

Holdsworth, who is now 37 and has raced Supercars for 15 years, joins a list of TCR defectors including Garth Tander and Russell Ingall, with the list of former Supercars regulars in the coming TCR series that is led by Tony D’Alberto, Bathurst winner Jason Bargwanna, James Moffat and Michael Caruso.

“TCR Australia is a great opportunity for me to continue motorsport in a professional manner,” said Holdsworth.

“I’ve been following TCR Australia since it started and it has really close racing with some high-profile names. It’s becoming a well-recognised category and it’s a category that races all around the world.

“Expectations for the year are pretty high. Just coming out of Supercars, I’m at the top of my game and I expect to be running up the front, bringing home some trophies.

“I haven’t raced a front-wheel drive car before, so I’m sure there will be a lot to learn. But I’m up for it,” he told Race News.