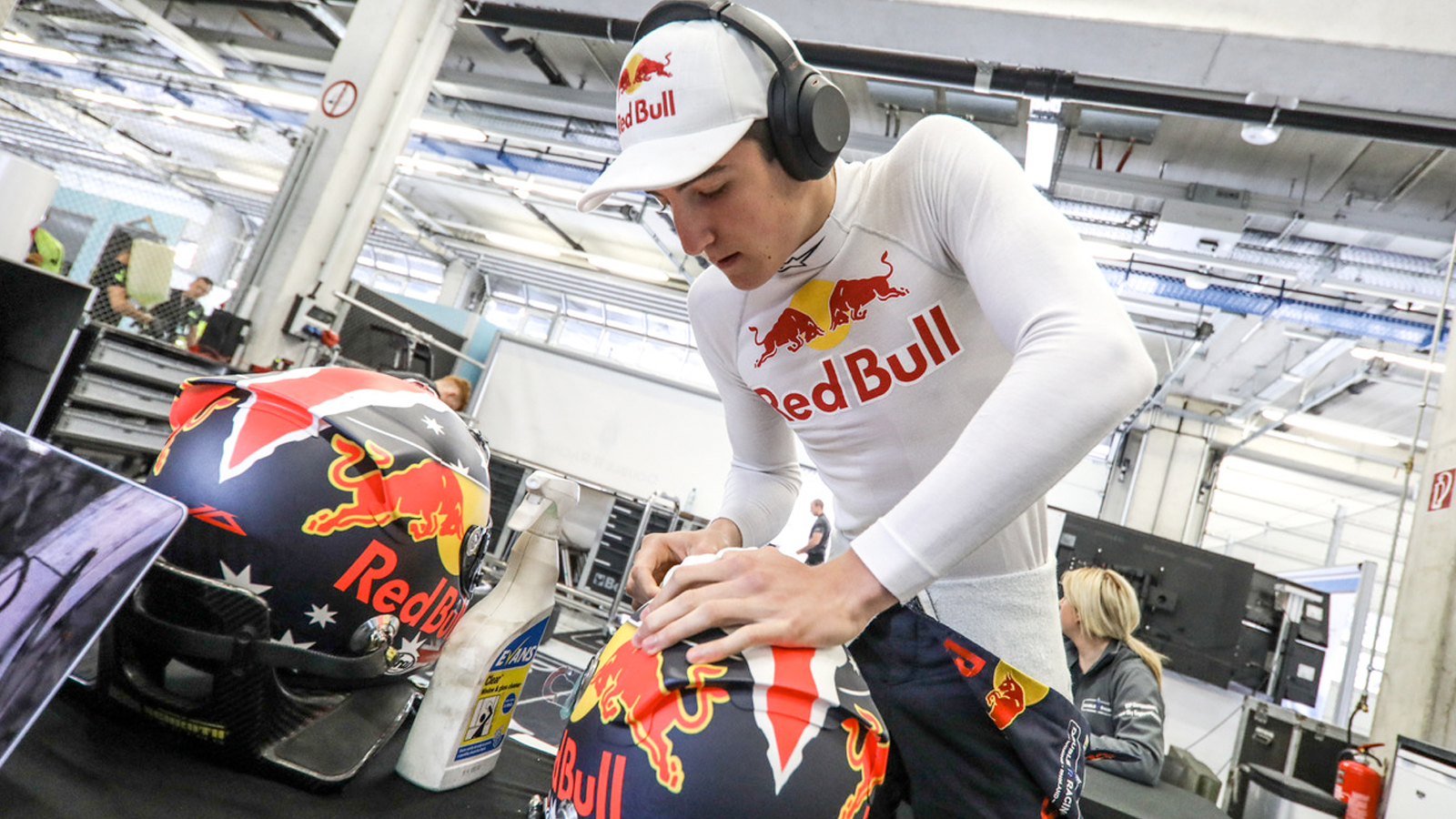 Surfing is the top priority for Jack Doohan – but not for long.

The Gold Coast teenager is using days in the waves to stay fit and relaxed as he readies himself for a make-or-break year in Europe.

Doohan admits he had a tough and unsuccessful first season in the FIA Formula 3 championship, which was won by fellow Aussie Oscar Piastri, but he intends to turn things around in 2021.

He is only a kid, who turns 18 at the end of the month, but is focussed on his Formula One dream and righting the wrongs that kept him back in the pack last year.

“I think you learn from the tough seasons. I’ll definitely be better. It’s made me a better drive.

“I want it more. I want to show my true potential.”

Doohan is looking to move away from his team last year, HWA, but is yet to confirm any details of his car or crew for the new year.

“We are looking to change teams,” is all he is prepared to say.

But he will continue in the Red Bull junior team, one of the toughest proving grounds in motorsport. He has been a Red Bull athlete since 2013 and joined the junior team in 2017, when he decided to go all-out on a drive to Formula One.

Doohan is lucky to have the support of his father, five-times world motorcycle champion Mick, but despite a race base in Monaco his backing comes with tough love from one of the toughest racers to ever race a motorcycle.

It’s that approach which brings the honesty from Doohan Jnr.

“From last year, I have to take the positives. There weren’t too many, unfortunately,” he said.

“Which were the best weekends? To be honest, none were great.

“But now I have the knowledge and I’ll be able to take that into this coming year.”

Doohan struggled with one-lap pace and that hurt him in qualifying, which is vital in an F3 series which has two rapid-fire races each weekend on the F1 supporting program.

“We could be on the money in free practice, but when it came to qualifying I couldn’t seem to extract the time. It just wasn’t there.

But he believes the lessons he learned, about everything from the Pirelli tyres to timing his one-lap runs, will give him what he needs to be an F3 contender in 2021.

“As a second-year driver, the objective should be to win the championship. There shouldn’t be anything holding me back. I need to take pole positions and win races.”

The push begins in the first week of February, when he heads back to Europe for the first of three pre-season tests.

“I need to get back into the time zone and then see the plans before we head to Jerez for the first test on February 25. After that there is a test in March in Barcelona, and then another one at the Red Bull Ring in Speilburg, just before the start of the season.

“The first race is in Barcelona in May. We have quite a late start to the season.”

That means more time for surfing on the Gold Coast.

“While I’m home I love to surf and it helps keep me fit. While I’m overseas I don’t have any real chance to surf, especially in the Mediterranean,” Doohan said.

“On the Gold Coast there are plenty of changes to surf and plenty of different beaches with different breaks. I love being in the water and surfing.