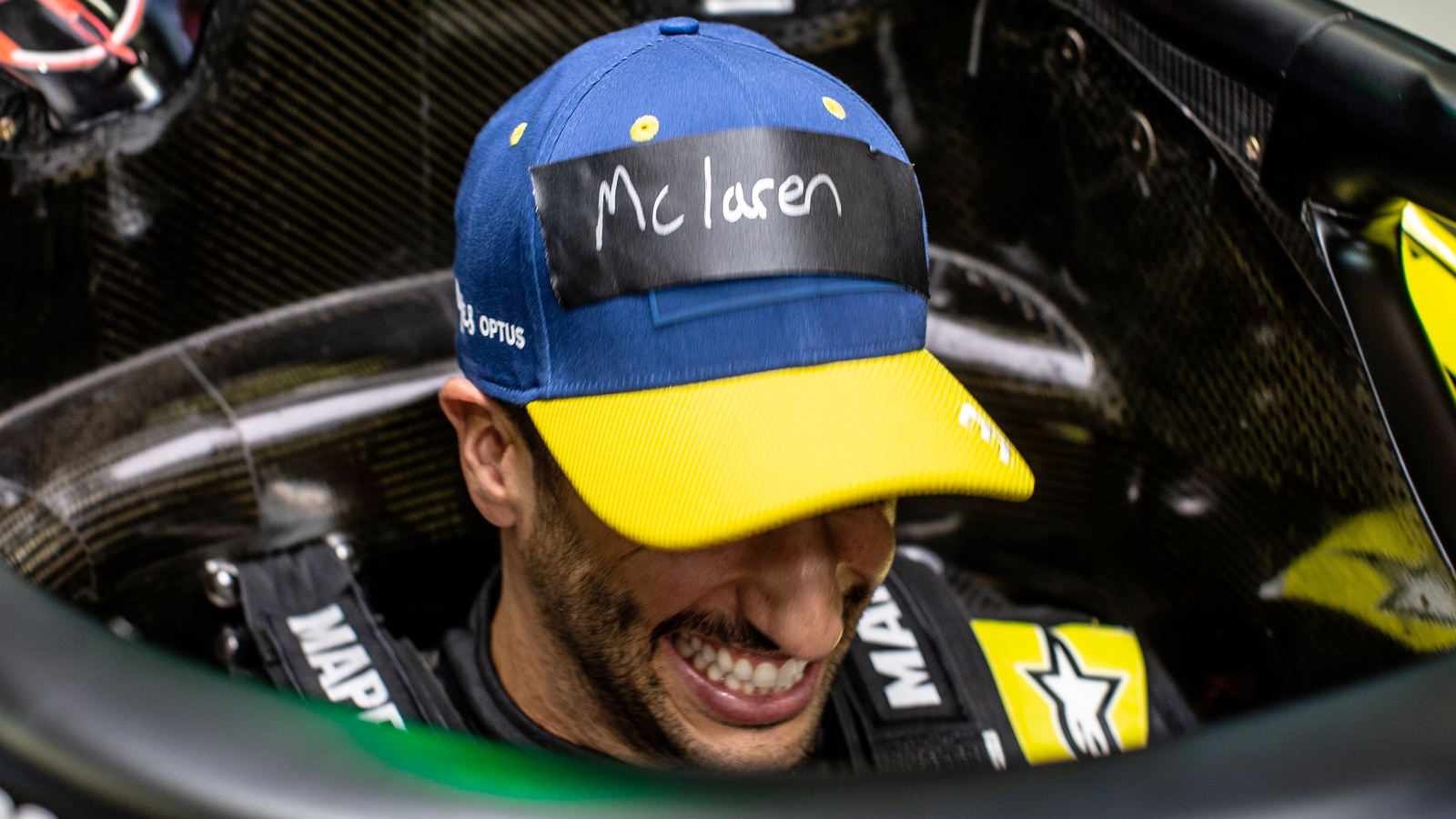 He’s not quite on Jobkeeper, but Daniel Ricciardo is working hard after taking a massive pay cut to join McLaren in Formula One.

Instead of his usual summer vacation at home in Western Australia, which had already been threatened by Covid quarantine, Ricciardo has been forced to spend the F1 off-season in the office and on the workshop floor at McLaren’s race base at Woking in the UK.

Still, half the pay and twice the work could provide the perfect pay-off if the grinning Aussie can bag himself a world championship.

Ricciardo would probably have been happy to put his champagne-soaked feet up after a tough time as a Renault racer, but was told to ‘punch the time clock’ as McLaren aims to ramp up its preparations for another Covid-afflicted season in 2021.

The man cracking the whip on Ricciardo is team principal Andreas Seidl, who was recruited from Porsche after leading the German company to victory at Le Mans. He has made it clear that, given the restraints imposed by the pandemic on the sport and life in general, things must be done differently.

So leisure and pleasure are out and Ricciardo is being forced to take a longer-term view.

That means workshop time and simulator run because, instead of weeks of pre-season testing, Ricciardo will have less than two days behind the wheel of the next McLaren MCL36 with its Mercedes-Benz power-plant.

“Having a new driver on board is always a very interesting challenge,” Seidl said recently.

“It’s a combination of a very methodical approach and competence because I’m sure the engineers will be eager to share with the driver tonnes and tonnes of information and solutions, but you need to do the right things. There won’t be a lot of time to test on track; less than any other time, which increases the challenge.”

But McLaren has a plan. And it involves Danny Ric putting in the hard yards.

“We have a clear plan in place of how to integrate him in the best possible way. The main focus is on integration on the technical side, on the racing side,” said Seidl.

“The objective is to be like Daniel has driven a McLaren and has worked with his engineers a long time, but it’s actually the first race. From there, just work backwards.

“In parallel to that we have a program in place to integrate him as a team member on the communication side, the marketing side and the business side. That will start flat-out from January.”

He can feel the pressure, as well as applying it.

“There’s not a lot of time. It will involve a lot of sessions, both online, but at the same time also with a lot of presence at the MTC [McLaren Technology Centre].

“The target is to make sure he feels at home with us as quickly as possible, then looking forward to perform together from the first race onwards,” he added.

And, while McLaren’s demands have destroyed his usual holiday plans, it seems that Ricciardo is more than on-board.

“Let’s get this started,” he said recently.

“McLaren and I have the same goal, which is probably pretty obvious,” he joked.

That goal is probably why Ricciardo was willing to turn his back on millions of dollars at Renault for a shot at his real F1 goal – the world title.

During the past two seasons at Renault, Ricciardo was the third-highest paid driver in Formula One, trailing only Mercedes’ Lewis Hamilton and Ferrari disappointment Sebastian Vettel.

Ricciardo had every reason to smile as he banked around $40 million a year during his time with the French manufacturer.

But it says something about Ricciardo’s belief in McLaren to deliver him the world title he probably deserves that he was willing to cop a whopping reduction of income to chase his belief that the English team could be the one to deliver it.

Now, before we start a crowd funding appeal to allow Dan to pay the electricity bill on his Monaco shanty, it should be noted that his McLaren contract (two years with another one-year option) will see him bank roughly $16 million a year.

Altogether, this means Ricciardo could end up rolling in a pile of cash to rival Scrooge McDuck.

But what he really wants to own is the world championship. And if that means a big pay cut and a shorter than usual holiday, well, what a small price to pay.

TCR Is Clear For Lift-off

The Grinch hasn’t quite managed to steal Christmas from Scott McLaughlin, but he faces a long wait to unwrap his big gift from Santa...

The postponement of the Australian Grand Prix could lead to an all-new international double-header at the back end of this year. Organisers of the...