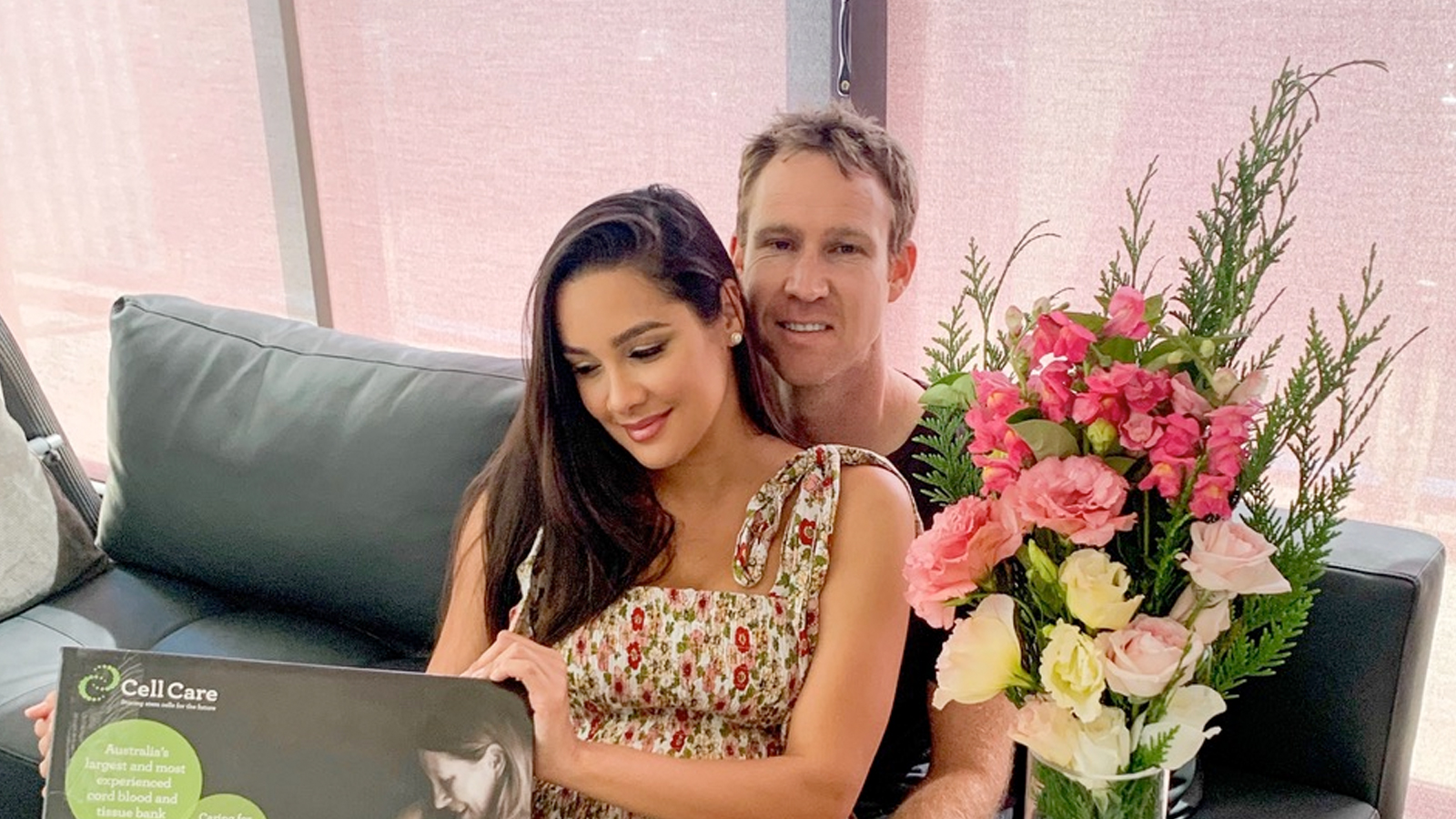 A new team, a new car and a new baby are just weeks away for David Reynolds as he looks to reinvent himself – again – in the wake of the meltdown of his 10-year Erebus deal.

But some things have not changed.

Al McVean is all-in to engineer him, Luke Youlden will (almost certainly) be back with him again for the Bathurst 1000, Penrite is continuing as his major sponsor, and he will have his Moose back in the garage to lead his support team.

Moose is Tahan Lew Fatt, Reynolds’ number one fan, long-term girlfriend and mother of the child they will share from sometime in February.

But not even Moose and their baby will have priority over Reynolds’ racing in the coming Supercars season, as the pitlane comedian has a giant point to prove.

“My focus at the moment, in life, is just to get ready for the season,” Reynolds revealed to Race News.

After losing his mojo, his speed, his confidence and even – from the middle of last year – his sense of humour, he knows he needs to rebound from the disasters of his Erebus Racing campaign in 2020 and the personality clashes that led him to negotiate an early release from the 10-year deal that promised a marvellous motorsport marriage but turned into a disastrous divorce.

“My objective this year would be to build a winning team. Win as many races as we can. Challenge for podiums, challenge for wins, be up the front,” Reynolds said.

It sounds like his new motorsport mantra, except it’s always been his way despite an approach to racing that some people see him more as a stand-up comedian than a regular racing robot.

Reynolds can be ‘Crazy Dave’ at times, but he’s always been wickedly quick and has bounced back from plenty of previous setbacks including his sackings from both Kelly Racing and Tickford.

He sees the irony in returning to the Kelly family’s crew to race a Penrite-backed Ford Mustang in 2021 and 2022 – at least – but, predictably, can laugh about the move.

“Well, a lot of things have changed since the first go-round,” Reynolds said.

He knows there are lots of questions about his team change, what will happen in the coming year, and even how Kelly Racing will operate now that the Grove Group has become a major shareholder and is headed for a complete team takeover at the end of 2021.

But Reynolds doesn’t want to think too much, or worry too much, about the things he cannot control.

“The more you think about it, the more stressed you get. I’m just trying to manage what I can manage, and be the best I can be.”

“Every year you compete is the biggest of your life, regardless of what’s happening behind the scenes. I’m very much looking forward to it.

“I love racing. That will never change. I might be 35 but I always act like I’m five or 10 years younger than the calendar says.

With the birth of their child scheduled for February 4, Reynolds and Moose have been nesting at their apartment in the Melbourne suburb of St Kilda, relaxing before baby time and the re-start of racing.

“We’re trying to manage things as well as we can. She does have a good support network around her. Right now I’m a consumer, but when the baby is born I become a provider.”

Even so, Reynolds has set the boundaries for his fatherhood.

Reynolds revealed he is already enjoying the relaxed atmosphere of his new team, under Todd Kelly’s leadership.

“He is keen. And it’s a very nice, respectful environment.”

Reynolds is also happy to be racing alongside Andre Heimgartner.

“If Andre goes well, the team goes well. He is doing the New Zealand Grand Prix so he should be up to speed.”

But what about his expectations for himself?

“Its obviously really hard to say, because I haven’t driven this car with this team. It takes a a couple of years to build something, but it has the potential.

“Really, our only goal is to win. You have to have a fast car, obviously. Then you need consistency.”

So what happened to the speed and consistency at Erebus last year.

“I always believed I was good, it’s just the circumstance wasn’t what I needed.”

“No, I’m not born again. It’s just another opportunity in my career.”

“I don’t know a lot of the answers. To be honest, I’ve only just started there. There havent’ been many meetings yet.”

But he knows what he wants and what he needs.

“It’s very early days. Going into this thing you don’t really know how close you will be. You need to get out there and compete,” Reynolds.

“It’s so hard for me to know if I can win. I would like to be close. And then it’s up to myself and Al to fine tune things, make it better, and build from there.”