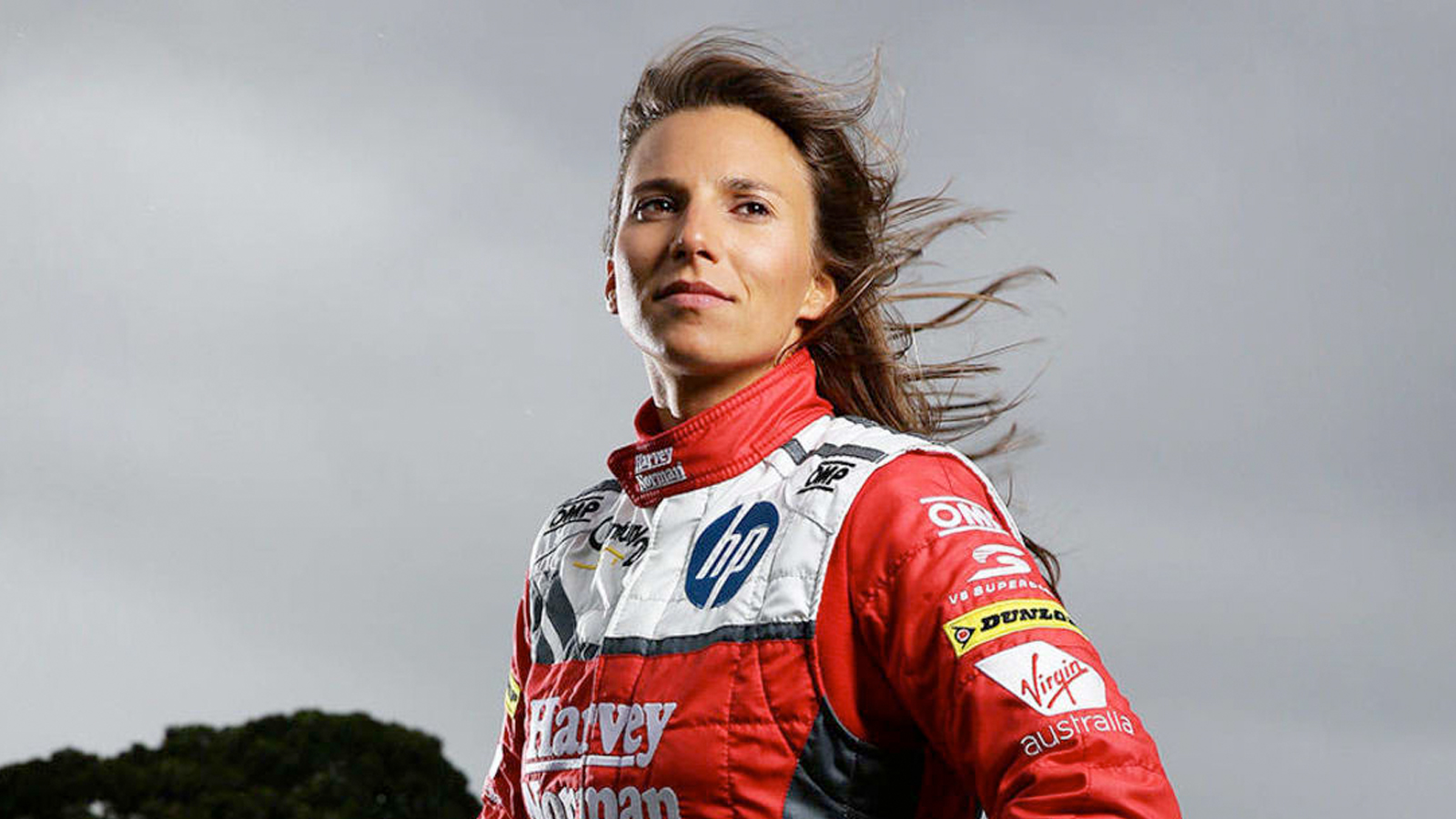 Simona De Silvestro never did much in Supercars.

Plenty of people in Europe said she had the talent to go all the way to Formula One, and she was a Sauber test driver for a time, but even Harvey Norman cash and commitment could not unlock the code for Australian’s homegrown touring cars.

The Swiss Miss missed her best chance when her management team failed to complete the deal which would have put her into a third Triple Eight Commodore for the 2019 season.

But now she has rebounded, kinda, with a one-off Indianapolish 500 program that combines female leadership with high-profile backing from Team Penske.

Once again, her gender has become a positive as she rebounds from her exit from Supercars and a low-profile role with Porsche’s Formula E program in 2020.

“Being part of the goal of diversity and inclusion for everyone, and especially women in IndyCar, and in motorsports in general, is very important to me and how I would like to see the future of racing,” said De Silvestro.

What went wrong in Supercars, where her best finish in three full seasons with Kelly Racing in a Harvey Norman-backed Nissan Altima was an underwhelming seventh?

The obvious answer is the failure to connect with Triple Eight for 2019, where team supremo Roland Dane belives she could have made plenty of progress and shown her real ability.

“I think she is better than she could show,” Dane told Race News.

He had a complete package for De Silvestro, with a single-car satellite team that would have been run by his talented and committed daughter, Jess.

“It was going to be a female focussed team but, at the end of the day, it would have been about trying to have good people around her,” he said.

But the opportunity came and went, and De Silvestro was left at Kelly Racing where she was an underwhelming 19th in her final season of Supercars.

“I gave her a deadline for her to be ready. But everyone thought that could play around, and the date came and went,” Dane said bluntly.

So now she is back to Indy, where she was the 2010 Rookie of the Year and has competed five times with a best result of 14th.

Her future is now in the hands of Beth Paretta, who leads the new team and has tapped into the ‘Race for Equality & Change that was announced by IndyCar last year.

“Today is the beginning of a commitment to gender equity in sport, to encourage women to work hard so they can earn their seat at the table or spot on the grid,” said Paretta.

“Our team, along with our technical alliance with Team Penske, will work hard to give Simona the best car we can provide so she can achieve her best results. Competition drives us. The Indy 500 is the greatest race in the world, and one day soon we hope to have a woman’s face on the Borg-Warner Trophy.”