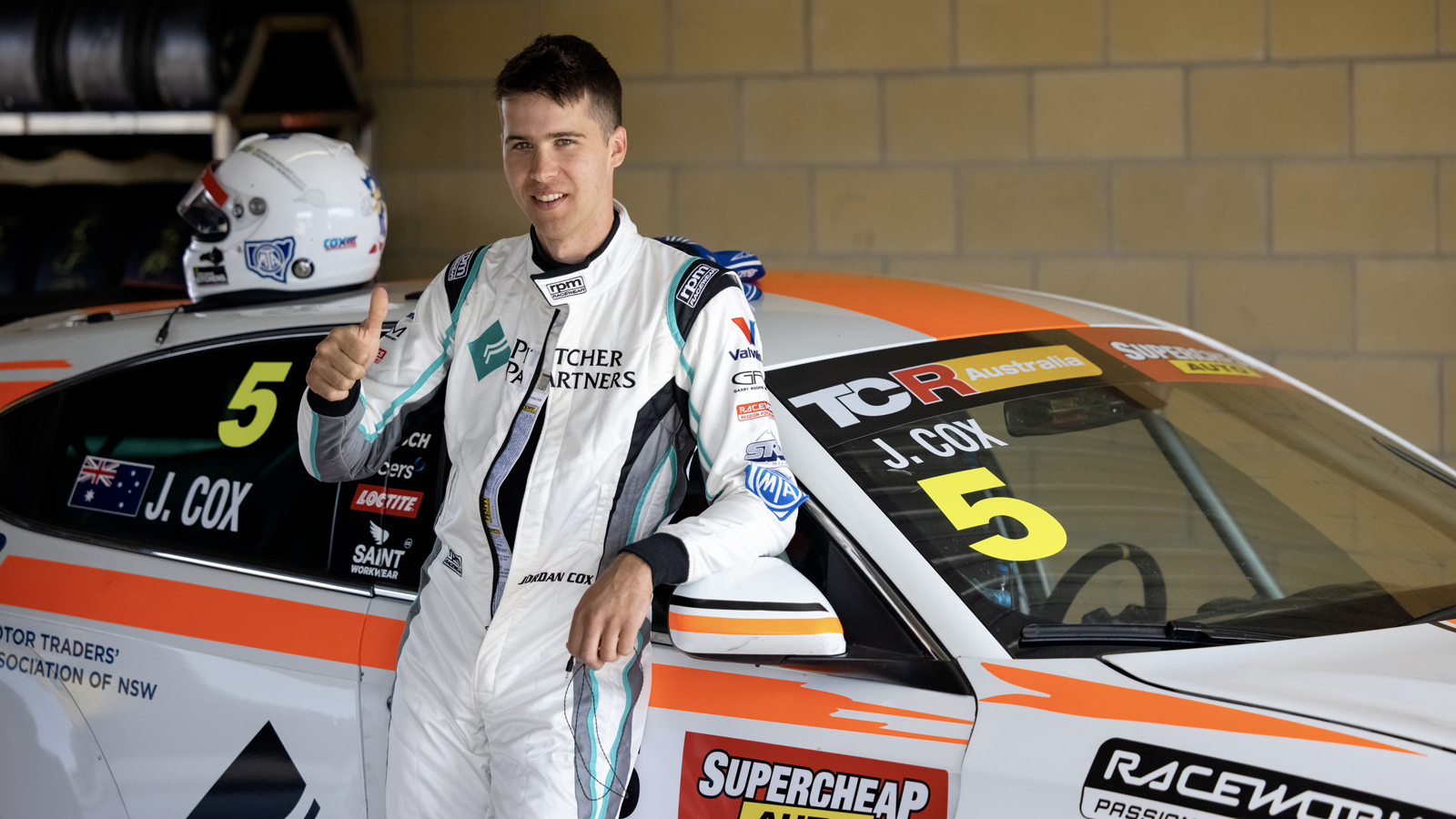 Jordan Cox had every reason to smile after the first round of the revived and revitalised TCR Australia Series at Symmons Plains.

Two wins gave him top points for the Race Tasmania meeting despite the presence of Lee Holdsworth and Chaz Mostert, who looked as much like marauding sharks as Supercars refugees.

But but there was a maybe…

Holdsworth also won a race and was first to the flag in the TCR feature race on Australia Day, but was penalised five seconds by officials who judged his car was creeping before the start.

With a protest pending, and the championship lead potentially flopping in favour of Holdsworth and against Cox, there was uncertainty around the final outcome of the first major motorsport meeting of 2021.

But Holdsworth, who is re-investing himself as a TCR pace-setter after losing his Supercars seats when Tickford Racing was forced to downside, had no doubt.

“There is no way I jumped it,” Holdsworth said bluntly.

“I had a really cool battle. It’s just a shame to come in first and park it in third.”

Still, Cox had the trophy and – for the moment – the title lead.

“ Probably not the way I wanted to do it. But full credit to Lee and Chaz, it’s great sharing a track with those guys.”

There were crashes and crumples at Symmons Plains but no major damage until the final laps, when Jason Bargwanna fired into James Moffat in a crash which left their cars – a Peugeot 308 and a Renault Megane RS – looking more like refugees from a wrecking yard.

An Alfa Romeo Giulietta was the car to have in Tasmania as the Italian cars, which were the car to beat on high-speed tracks when TCR racing began in Australia in 2019, were the best bet again.

Mostert led the resistance in an Audi RS3 but is yet to confirm an extension of his one-race TCR deal.

“I’m happy with two podiums. It’s been a lot of fun out there,” Mostert said.

“It’s been an absolute ball. I’d love to come back for Round 2.”

The TCR races were the headline act for Race Tasmania, as the Australian Racing Group overcame Covid restrictions to keep their championship on track after a year with zero racing by the mostly semi-professional teams and drivers.

Backing the three TCR races were events for the thundering S5000 V8 single-seaters, Touring Car Masters and Trans Am.

Cancer survivor Tom Randle, who raced without the hair he has lost to chemo treatment during the off-season, was the big winner in S5000 as he bagged the Feature Race and also the points lead in the Gold Star championship ahead of Tim Macrow.

Nathan Herne, who was doing double duty in the single-seater as well as Trans Am sedans, was slightly further back in S5000 but converted victory into a points lead in the Trans Am title, where he leads defending champion Aaron Seton.

But the emotional highlight of the Race Tasmania meeting was the 100th Touring Car Masters win for John Bowe, who started his racing career at Symmons – just down the road from his home in Devonport – in 1971.

He became a centurion in the final TCM race when he pushed his Holden Torana to victory against a field who were mostly less than half his age.

The next ARG meeting, and the second round of the TCR Australia Series, is at Phillip Island in Victoria from February 19-21.