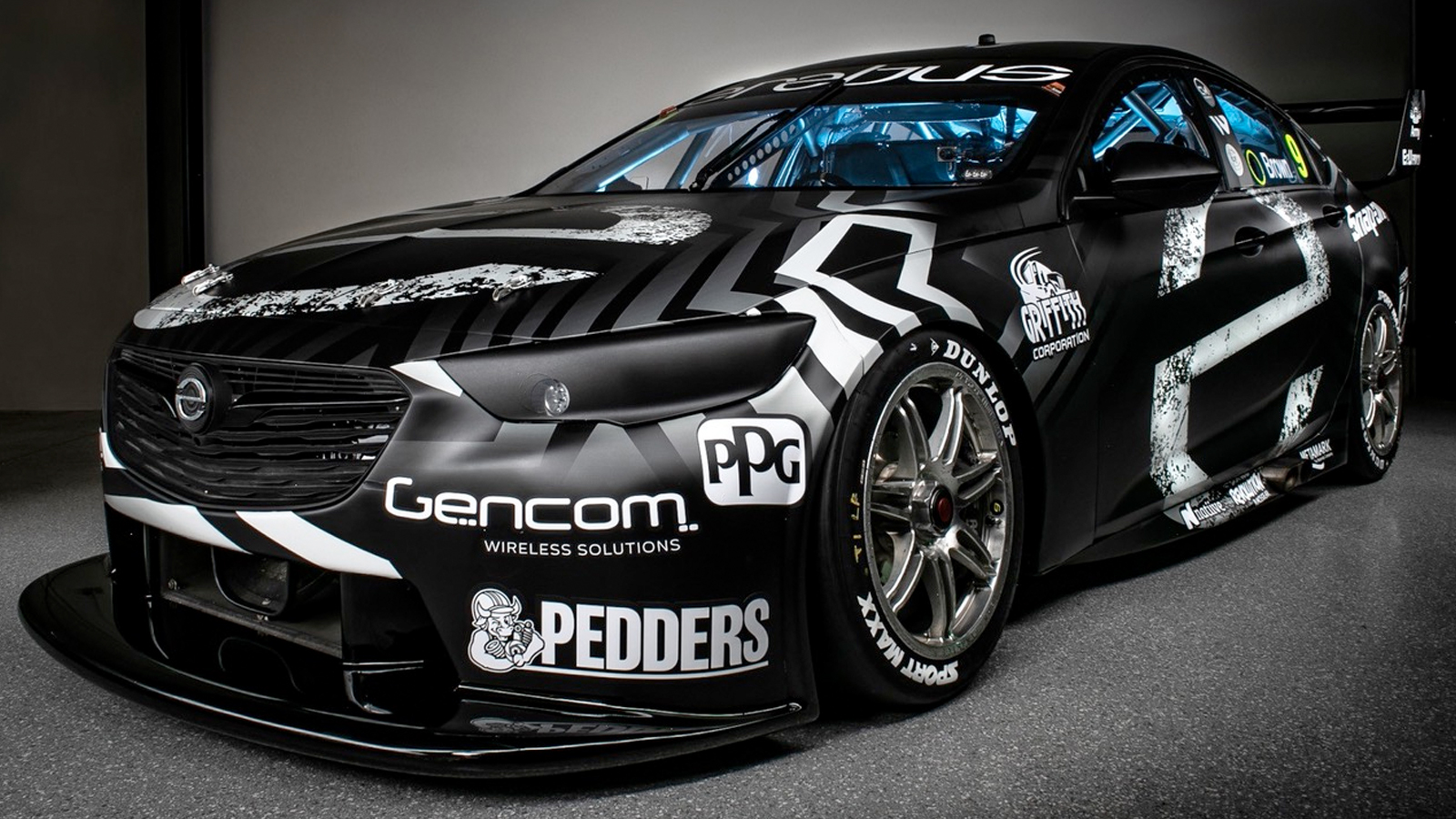 The Army uses camouflage to hide something, from snipers to tanks, but Erebus has a different objective with its first paint-job of 2021.

It’s funky camo-style livery disguises that there is no major sponsor.

The bold black look for the pre-season test at Winton comes after Betty Klimenko’s crew had told the world that it was reverting to its traditional name, Erebus Motorsport, after its seasons as Penrite Racing with David Reynolds.

Interestingly, that announcement has gone missing from the official team website . . .

While Erebus is picking up the approach used by Red Bull Racing in Formula One, where its new grand prix racers were disguised ahead of the unveiling of the official racing colours, Walkinshaw Andretti United has gone to the other extreme.

It is showing Bryce Fullwood’s 2021 Commodore with the bold fluorescent pink colours to be used in the coming season. And there are plenty of plugs for its commercial supporters.

“It’s great to get the Mobil 1 Middy’s Racing car out there for everyone to see, we love the way it looks, even standing still,” said WAU’s team principal, Bruce Stewart.

“To have so many returning partners back with us for another year is reflective of their support and loyalty, and we can’t thank them enough.It’s also amazing to be able to welcome six new partners to our team and business this year, who will all play a part in our journey; we welcome them with open arms to our family.”

For anyone who is interested, WAU says the look of the Fullwood racer is a “fresh pink and blue colour scheme on a gloss black base”.

“Erebus are also set to make an announcement regarding major partners in the coming weeks,” it said.

And so Erebus, which will have rookies Will Brown and Brodie Kosteki in the driving seats after a series of high-profile exits over the off-season, is talking about speed and not styling.

“Our team has been working tirelessly in the off season to continue improving and give all our fans and partners something to celebrate,” Managing Director Shannen Kiely said.

“That will continue in the weeks leading up to the first race to ensure that we come out of the transporter quick.

“We are incredibly excited to get on track and see what we can all achieve together this season.”