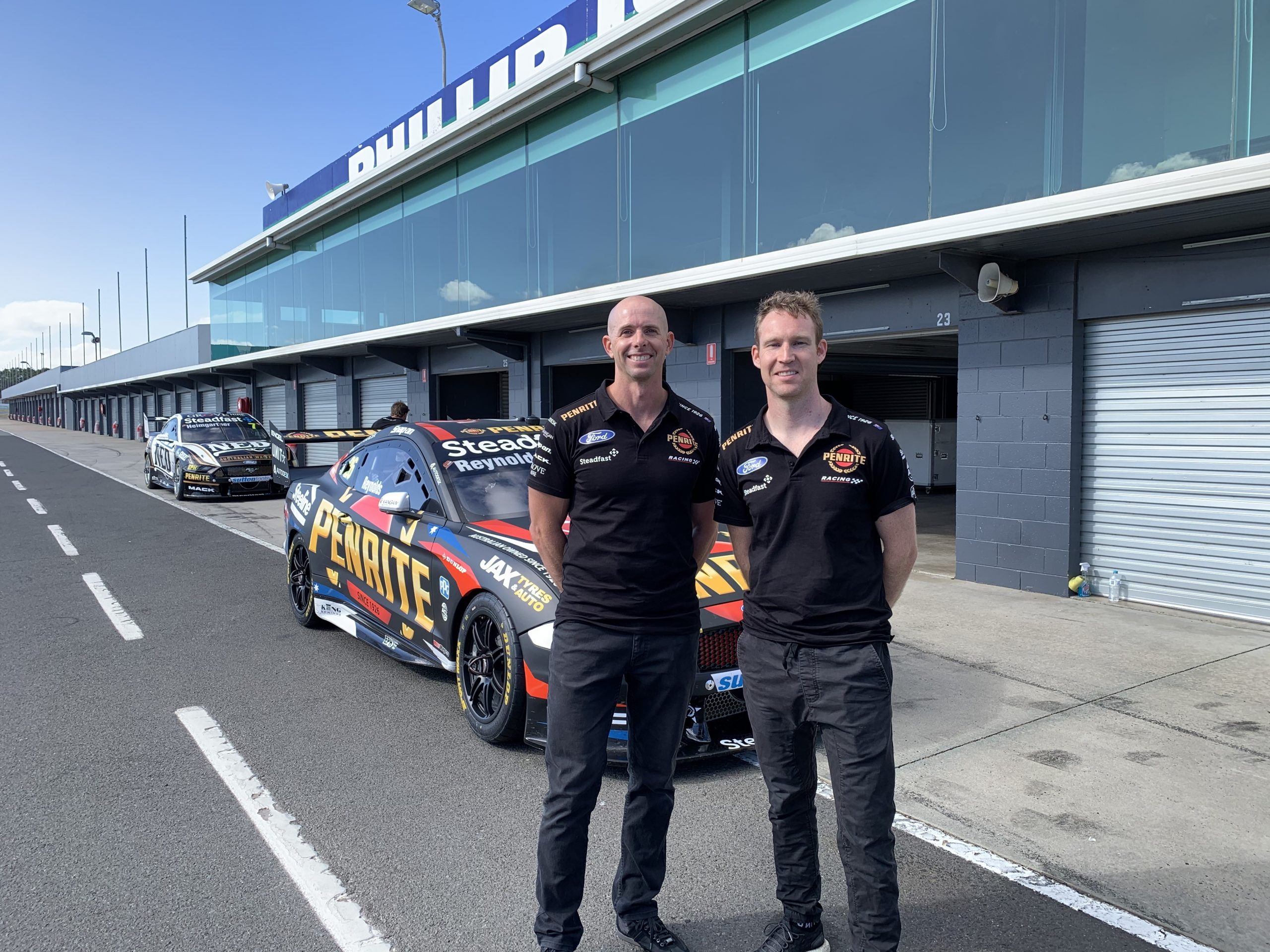 Both drivers lapped for more than three hours and were joined by Rick Kelly, who is yet to confirm any Bathurst enduro plan, and team owner Brenton Grove.

Andre Heimgartner was unable to drive as he recovers from a hand injury.

Reynolds was laughing and upbeat after his first track time in his new Penrite Mustang, and welcomed Youlden back after a year on the Supercars sidelines.

“We’ve got the band back together. Everyone is smiling again. It’s great to have Luke with us,” Reynolds told Race News at the end of the day.

“It’s really good. He’s a great person to have around. And he is normally pretty fast and adds a lot to the team, and myself.”

Youlden is set for a full season of Carrera Cup racing to help prepare for his Bathurst comeback and said everything went well at Phillip Island.

“The transition has been very easy. It’s the same sponsor, the core guys are all here at the team, and Supercars all feel much the same,” Youlden said.

“It doesn’t really feel like much has changed. But it’s exciting to be back, and to be wanted by those guys, even after a season out.

“I must have done some things right along the way, even if there were maybe a few things wrong,” he laughed.

Youlden shared the team’s two Mustangs, one set for Reynolds and the other for Heimgartner, to get maximum laps and the best feel for his new ride.

“It was good. It definitely didn’t feel like I’d been away for 14 months. There are lots of subtle differences between cars and teams but I felt at home pretty quickly.”

Reynolds and Youlden both said they preferred the set-up in the NEDS Mustang and will probably move that way with the Penrite car for the official pre-season test at Winton.

“There were two different set-ups and one was better than the other,” Reynolds said.

“I drove both cars. They are subtly different, but I think everyone preferred Andre’s car. So we’ll see what’s in that one,” said Youlden.

His return to co-driving with Reynolds comes following a demoralising practice crash at Mount Panorama in 2019 and a year out of regular racing.

But he was happy with his pace and commitment at the Island.

“It’s exciting to be back. And to be wanted by those guys, even after a season out. I must have done some things right, and maybe a few things wrong,” he laughed.

For Reynolds, Youlden’s return is a key component in his recovery plan after a lacklustre season with Erebus Motorsport last year and the eventual split with the team.

“It’s really good. He’s a good, all-round, solid person to have around.