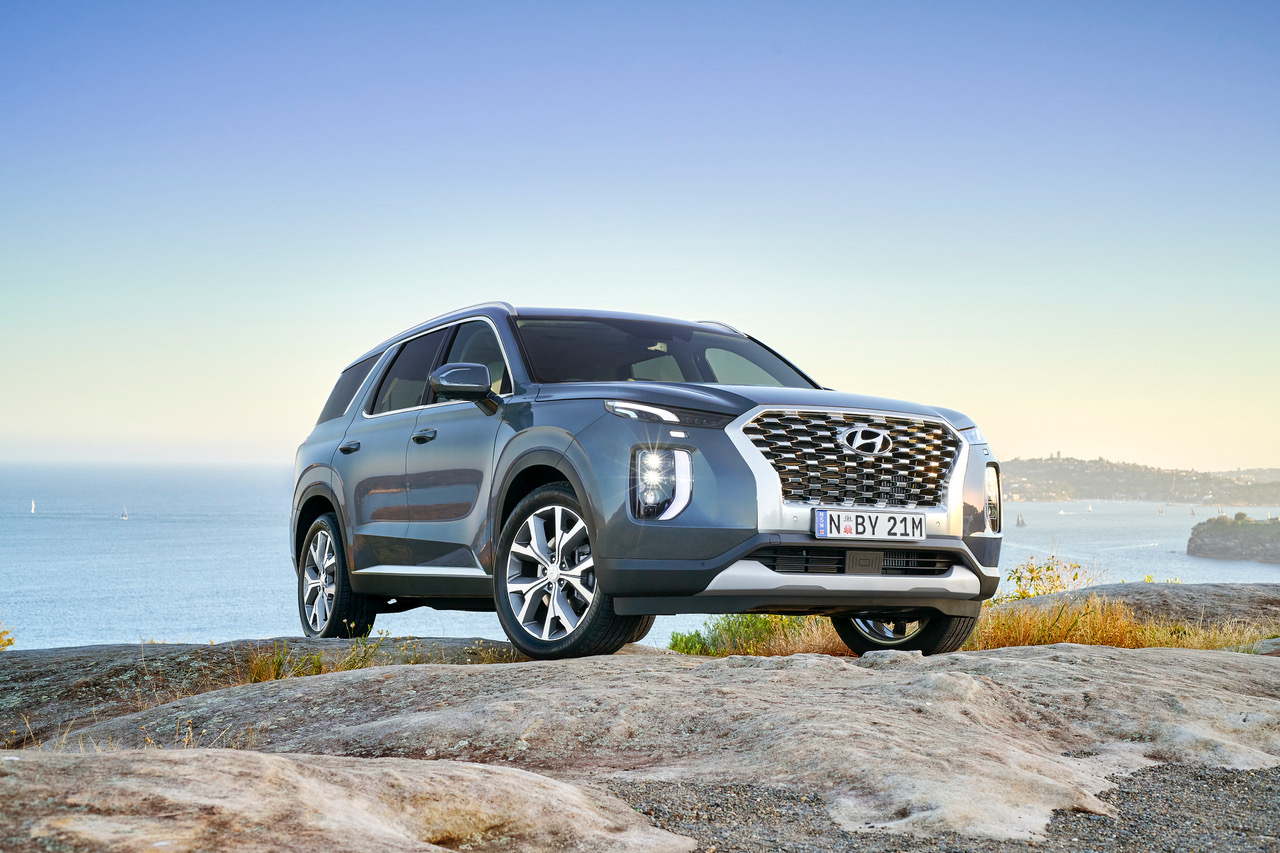 Turn on the television at the moment and you’re likely to be struck by competing commercials for Australia’s two newest SUV family wagons.

Both advertisements are quirky and fun, show a cavernous cabin and plenty of happiness, and push the case for an early test drive.

Yet, ironically, this battle is a family feud inside the Hyundai home.

We’ve seen similar tussles in the past between Hyundai and its South Korean cousin, Kia, thanks to their shared ownership and the joint development work that means twins-under-the-skin showroom rivals such as the Hyundai i30-Kia Cerato and Hyundai Tucson-Kia Sportage.

But the competition has lifted to a new level as Hyundai presents families with the new-and-improved Santa Fe and the all-new Palisade.

There are obvious differences, from pricing to styling and the interior layout.

But they both have the H badge on the nose and plenty of people will be confused about which one is better, or best, and why.

The easiest way to split them is to think of them as airlines. Both get you from A-to-B, but there is a giant difference between an Economy class ride and a Business seat.

So the Santa Fe is Jetstar and the Palisade is Qantas.

That’s probably tough tough on the Santa Fe, which is one of the best driving family SUVs in showrooms today and also tidily priced from just under $45,000. It does everything you need, and does it with comfort and style, with the usual strengths expected with a Hyundai badge.

The Palisade is a different beast, as it was originally designed for American families. So it’s much bigger, inside and out, and bolder in the styling and more luxurious.

But you pay for the Palisade, which opens at $60,000 and can jump easily to $75,000 for the well-padded seven-seater Highlander model I’m driving.

To get a proper family perspective on the Santa Fe and Palisade I lend them both to a friend with four children. She reports back on driving, advising that the bigger Palisade feels bigger and a little bit harder to drive, but it’s the kids who get the deciding vote.

They really, really like the Santa Fe. But they love, love, love the Palisade.

It’s not hard to see why, as the Highlander has individual buckets for three of the youngsters – it has a 2-2-3 seat layout – and is loaded with everything from USB ports and cupholders to individual aircon vents.

Once it returns, I’m luxuriating in a vehicle which is clearly at home in Southern California, with giant sunroofs, plush carpets and seat trim, a brilliant and informative dashboard layout, and pretty good performance thanks to a turbodiesel engine and all-wheel drive.

My driving preference is for the Santa Fe, which – in another family twist – has the same compliant and responsive chassis package as the Kia Sorento which I rated second of all the new cars I reviewed in 2020.

The Palisade does feel a bit more chunky, not as responsive in cornering and braking, and a little softer in the ride. But few families will notice the difference, or care.

It has all the essential safety stuff, a great sound system, and a large and flexible cabin. Even with four youngsters in the back it never feels cramped or confrontational.

So the economy class Santa Fe does the job and does it well, at a value price, but the Palisade is business class in every way.