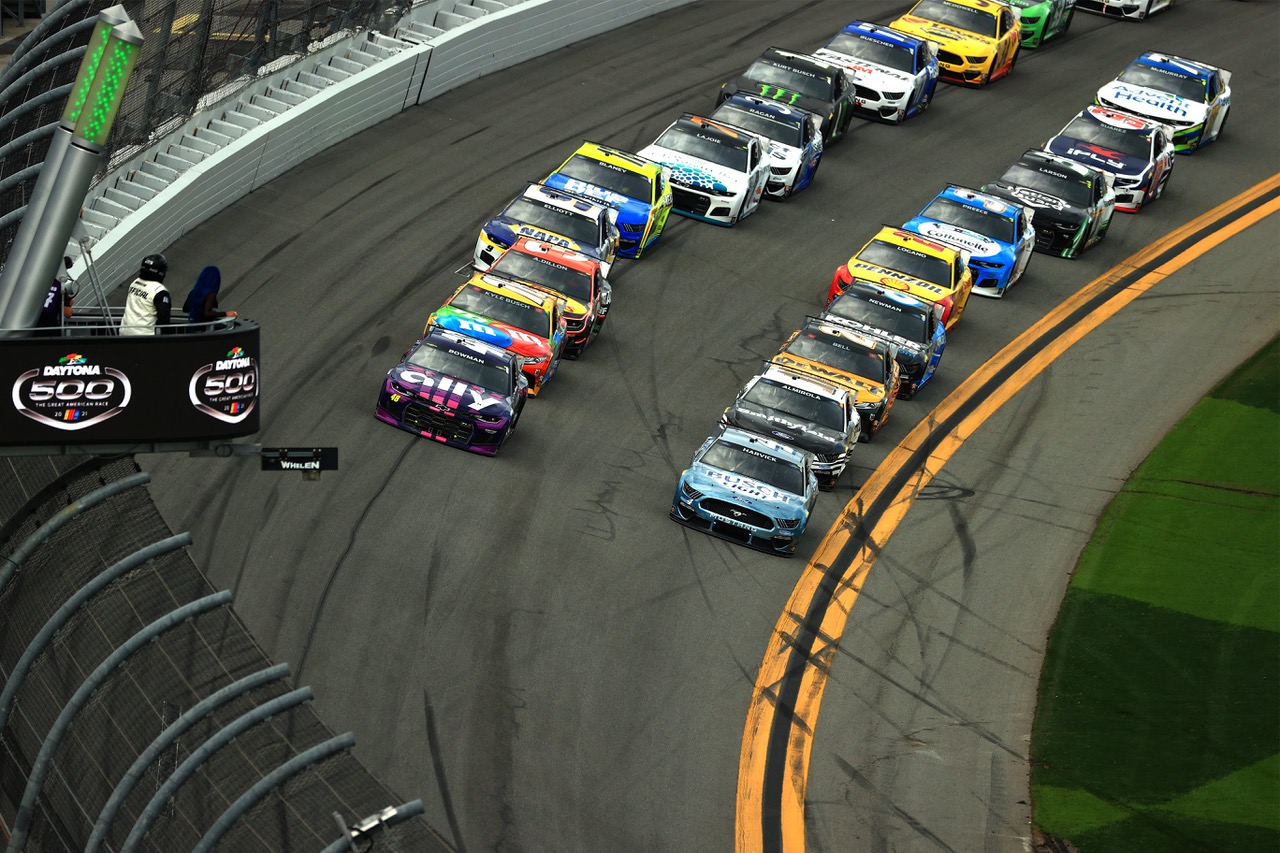 A 16-car pile-up changed everything in the Daytona 500.

And then the rain came.

With Denny Hamlin looking to make history with a record third straight victory at Daytona, the Bathurst 1000 for NASCAR in the USA, the event was thrown into disarray following the giant crash and then heavy rain that led to a red flag stoppage.

TANDER WITH SHAHIN IN GTS

Garth Tander will keep sharp for Bathurst with regular GT race starts in 2021.

He has been picked up by Yasser Shahin to share the Jamec Racing Audi R8 that will be fielded by the Melbourne Performance Centre.

Despite his expanded television commitments, and his co-driving role in Supercars with Shane van Gisbergen, Tander said he is happy to have a solid program for the year in the GT World Challenge Australia.

“It’s also really important to me that we have a strong run at The Bend later in the year, considering its literally Yasser’s home track,” Tander laughed.

The Covid isolation in Western Australia has cost the state its round of this year’s Australian Rally Championship.

The long-running Forest Rally to the south of Perth has been dumped and, in its place, Rally Queensland will become the second leg of this year’s forest racing tour.

“Nobody can predict how this virus will spread in the coming months or the restrictions that we may face, but ultimately there was some uncertainty that crews would be able to travel across the country and be allowed entry into Western Australia, given their tight border controls, including recent instances where the state has backdated arrival dates that require visitors to quarantine,” said Michael Smith of Motorsport Australia.

Rally Queensland will run from May 21-23 as the six-round 2021 series is expected to finish in NSW in November, either at Coffs Harbour or with a new event in Bathurst that is being groomed as a future contender for Rally Australia.

The Portuguese Grand Prix expected to make a full-time return to the Formula One world championship this year.

A race at the giant Portimao circuit was one of the temporary additions to last year’s grand prix Covid calendar but it should soon be confirmed as a regular in 2021.

The start to this year’s season will now run from Bahrain on March 28 to Imola in Italy on April 18, then (most likely) Portugal on May 2 on a date which is still listed as To Be Confirmed on the F1 calendar.

More than 50 cars will compete for production racing honours in the Bathurst 6 Hour enduro at Easter.

Winners from the past two years are among the field – Beric Lynton and Tim Leahey from 2019 and Grant and Ian Sherrin from 2018 – but the BMW stalwarts will not have things their own way.

Four new Ford Mustangs will be hoping to end the BMW domination of the Mount Panorama event, including one backed by Local Legends and likely to include Tony Quinn on the driving roster.

The 6 Hour is the main supporting event on the all-new event being promoted by the Australian Racing Group and including the first Bathurst appearance by S5000 single-seaters and the hot hatches of the TCR Australia Series.

ANOTHER MORRIS IN SUPERCARS

Nash ‘Flash’ Morris is taking the next step on a predictable ladder to the Supercars championship in 2021.

After learning his lessons in Hyundai Excel and Toyota 86 racing, his father Paul has promoted him to the Super3 series this year.

Morris Snr is a former Supercars headliner and Bathurst 1000 winner who is now known as the ‘driver whisperer’ after guiding the careers of a number of youngsters including Anton de Pasquale and Broc Feeney.

But Flash is not getting things easy.

He is an apprentice mechanic and has been responsible for rebuilding the BF Ford Falcon that Feeney raced in 2019.

“I think I am ready. I haven’t been racing that long, but I have done a lot of races and tried to drive as many things as I could to build up to it,” said the eager 17-year-old.