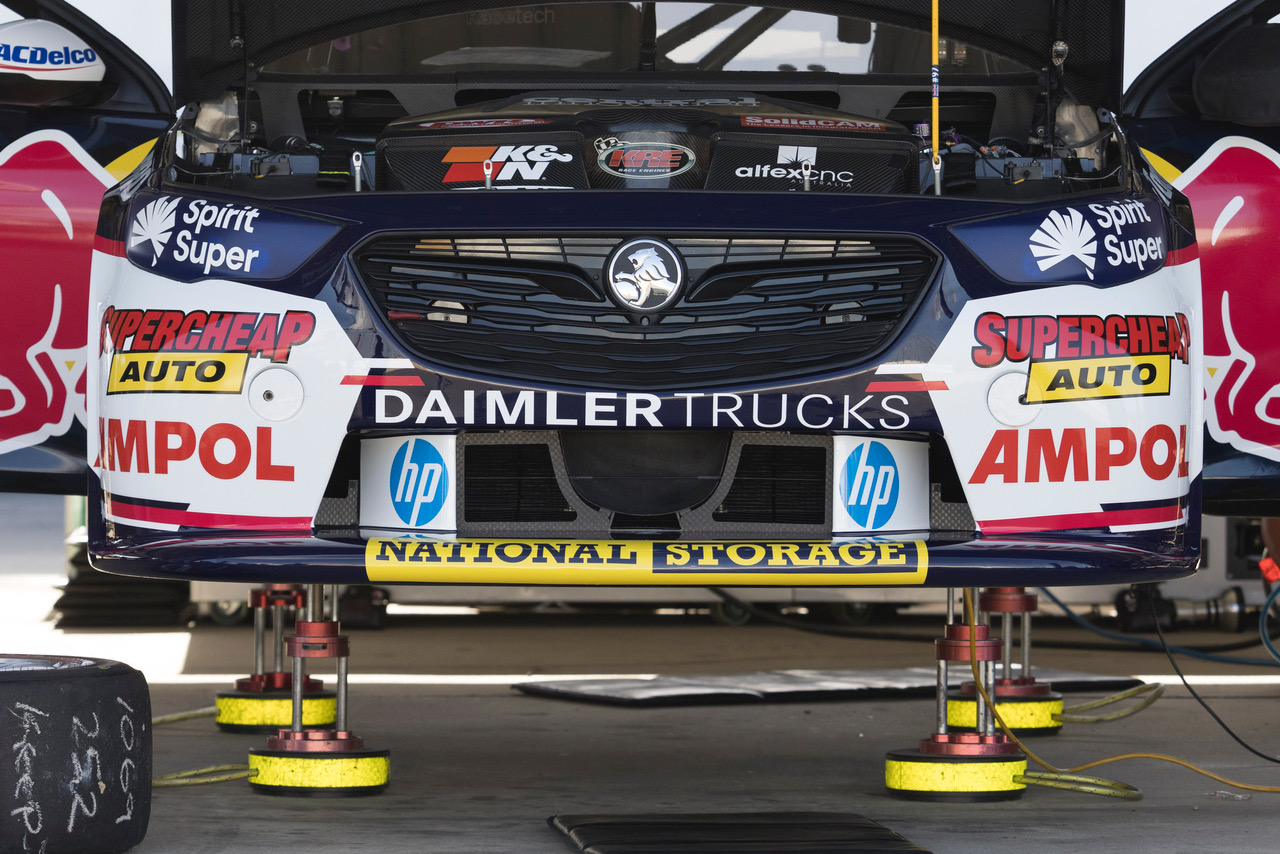 The Commodore contenders in this year’s Supercars championship will benefit from a front-end aero tweak.

The update to the nose of the ZB Holden has been made in search of better reliability, not more speed to combat the Ford Mustang.

It comes after a series of overheating troubles during the 2020 season, centred on the power steering, that were traced back to the front-end aero design and the airflow beneath the bonnet.

There were widespread failures and dramas across the Holden teams and when Garry Rogers Motorsport returned for a one-off run at the Bathurst 1000 the crew was stunned by the under-bonnet heat that was melting parts which had not been a problem when the team withdrew from full-time racing in Supercars.

“A knock-on effect of the ZB having a longer undertray for 2020 was the engine bay temperature went up and contributed to some unreliability found by some ZB runners,” a Supercars spokesperson told Race News.

As a result, and after working with Triple Eight Race Engineering as the official ‘homologation’ team for the Commodore, there has been a tiny tweak for 2021.

“The only small change was to open a small service window in the inner wheel arch to aid the airflow out of the engine bay to help engine cooling,” said Supercars.

No new parts are needed to make the change and there is no change to the design of the front end.

The revision came after an official request by the Holden homologation team to the Supercars technical team, following an investigation into the source of the overheating problem.

The process at Supercars included referring the proposed change to its British aerodynamics partner, D2H, which is responsible for the CFD – computational fluid dynamics – work in the category, including the bodywork on the upcoming Gen3 versions of the Ford Mustang and Chevrolet Camaro.

The Commission approved the proposed change, which Supercars said it is the only technical alteration for the 2021 season.