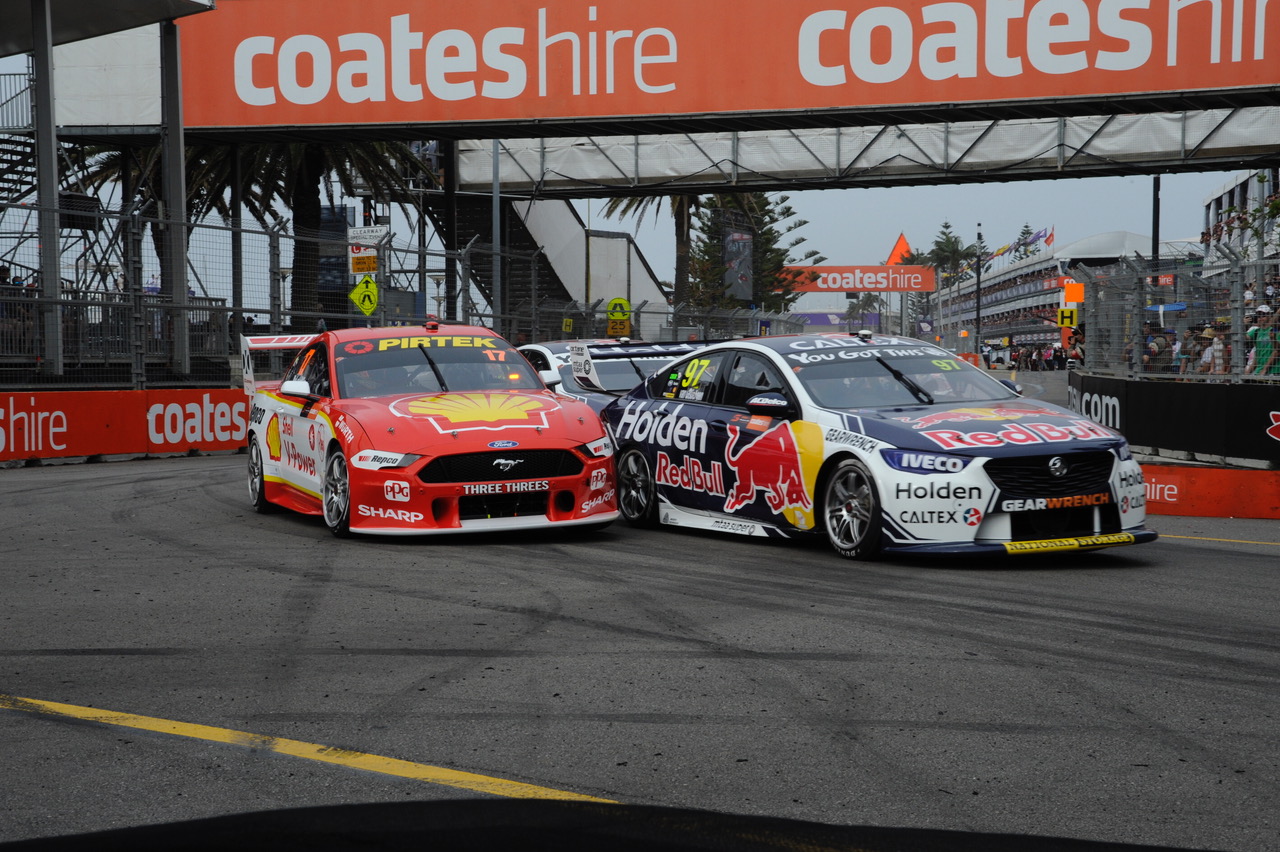 The torrid top-end tussle in the Supercars pitlane is more than just a four-way fight between the drivers at Triple Eight Race Engineering and Dick Johnson Racing.

Dozens of crew members and headquarters staff are equally invested in the bitter battle for the Teams’ Championship and the coveted #1 garage, as well as the bragging rights they bring.

“At test days the main focus is on ourselves. But there’s always a sneaky glance at what Triple Eight are doing,” the newly-appointed Team Principal at Shell V-Power Racing, Ben Croke, told Race News.

“They are our rivals every year. They have been so good for so long.”

For Mark Dutton, his counterpart as Team Manager at Red Bull Ampol Racing, the challenge is obvious.

“We want #1 on the door and and first position in pitlane,” Dutton tells Race News.

“How do we do that? No mistakes. And quick cars.”

The two top teams have fought a private battle in recent years for the top team title, with Tickford Racing now entrenched in the ‘best-of-the-rest’ spot and the other Supercars squads all looking for better results and a move up the pitlane pecking order.

DJR is now Penske-less but no-one at Triple Eight is expecting them to lose their focus in the coming season.

“They will be as strong as ever. I think they should have enough carryover from their Penske years,” said Dutton.

He admits the Bulls made some mistakes in 2020 that cost them points and, perhaps, the Teams’ title.

“We had a few mechanical issues that cost us points.”

And he also believes Tickford, which was second in the drivers’ championship last year with Cam Waters, could carry that momentum into the 2021 season.

“I think they will come out firing,” he said.

For Croke, there is no underestimating the Triple Eight team that will again operate from next door.

“They were, and probably still are, the benchmark team for the last decade.”

But that is another incentive to keep the winning streak for the Shell Mustangs going for another year.

“We have done a good job to beat them, but they will bounce back. They are fierce competitors.