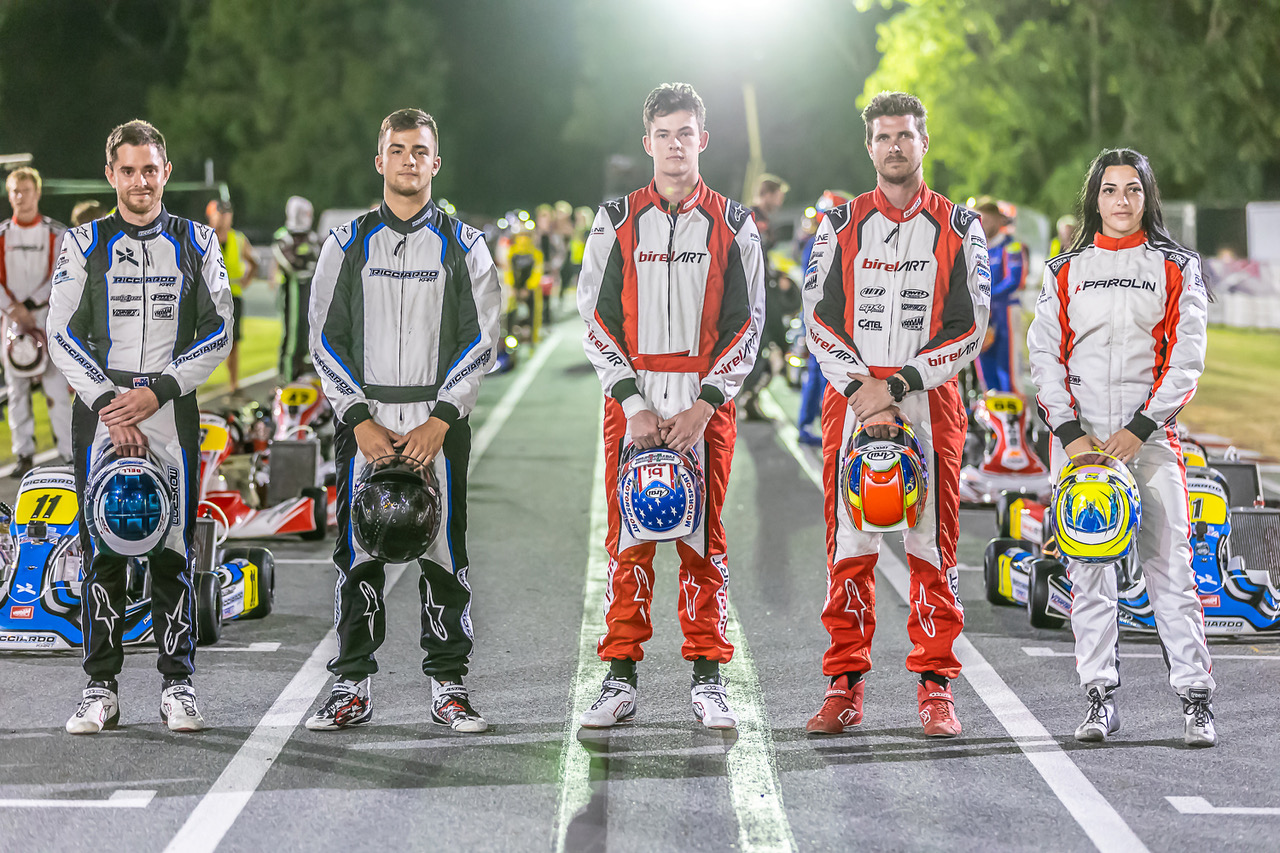 The delayed Ipswich event was run under lights and the premier junior category, KA2, was a triumph for Carter Mobbs as he drove from 11th to first.

BATHURST WINNER BACK FOR TICKFORD

Alex Premat, who was locked out of Bathurst in 2020 by Covid-19, intends to be back with Tickford Racing for this year’s Mount Panorama classic.

The transplanted Frenchman, who lives in Los Vegas in the USA, is the final signing as Tickford completes its co-driver roster for 2021.

All three co-drivers are returnees at Tickford, with Premat joined by James Moffat and Thomas Randall.

Premat will have to quarantine when he arrives, but team boss Tim Edwards said the 2019 Bathurst winner – with Scott McLaughlin – who also won the Enduro Cup in 2016 with Shane van Gisbergen, will be plugged-in for Tickford’s pre-Bathurst test.

“I missed it so much last year and I am ready to put my hat in the ring this season. I’m very motivated to come back,” said Premat.

The other co-driving seats are filling up fast in Supercars with only a few unfilled places for Bathurst.

Veterans Jack Perkins and Dave Russell have joined Erebus Motorsport and had their first taste of the team’s Commodores during the pre-season test at Winton.

The Erebus pairings are as obvious as the size of the drivers, as Perkins will join pocket-rocket Will Brown while tall-and-lanky Russell will co-drive with Brodie Kostecki.

Red Bull is the new backer for the Australian Motorcycle Grand Prix.

The energy drink company has taken the place of Pramac in a deal which runs until the end of 2024, following naming-rights sponsorship deals that began with Swan beer in 1989.

The Australian leg of the MotoGP world tour is scheduled for October 22-24, which makes it far more secure than most major motorsport events in the coming year.

“The collaboration between Red Bull and Dorna goes back to 2005 and continues to go from strength to strength,” said Pau Serracanta, managing director of Dorna Sports, which organises the MotoGP championship.

RALLYCROSS GETS AN ELECTRIC LIFELINE

The new deal will also include development of electrified rallycross cars, starting with a second-tier championship this year.

The full-scale battery competition will begin in 2021 when the all-new RX1e category is introduced, promising 500-plus kiloWatts of punch with the potential to rocket the cars to 100km/h in less than two seconds.

“World Rallycross sits on the verge of an innovative and pioneering future. We see strong growth potential in all areas and WRC Promoter is delighted to be at the forefront of a series focused on sustainable technology and e-mobility,” said the managing director of the WRC Promoter, Jona Siebel.

Former MotoGP racer Broc Parkes has made a late decision to retire from motorcycle racing.

After 23 years as a pro racer, most recently with Yamaha in the Australian Superbike Championship, he has had enough of the travel and commitment to competition.

His decision to hang up his helmet came after completing pre-season testing with the factory Yamaha squad.

“I returned to Australia permanently to spend more time and to start to live a ‘normal’ life with my children. They have spent their entire life either following me around or waiting on my race commitments, but I feel now is the right time that I make my family my priority and be a part of their everyday lives,” said Parkes.

“Recent time away testing again showed me that I can no longer care for my children and race, giving each the time, dedication and commitment they all deserve. It is time for me to put their wants and needs first and honour my commitment as their dad.”