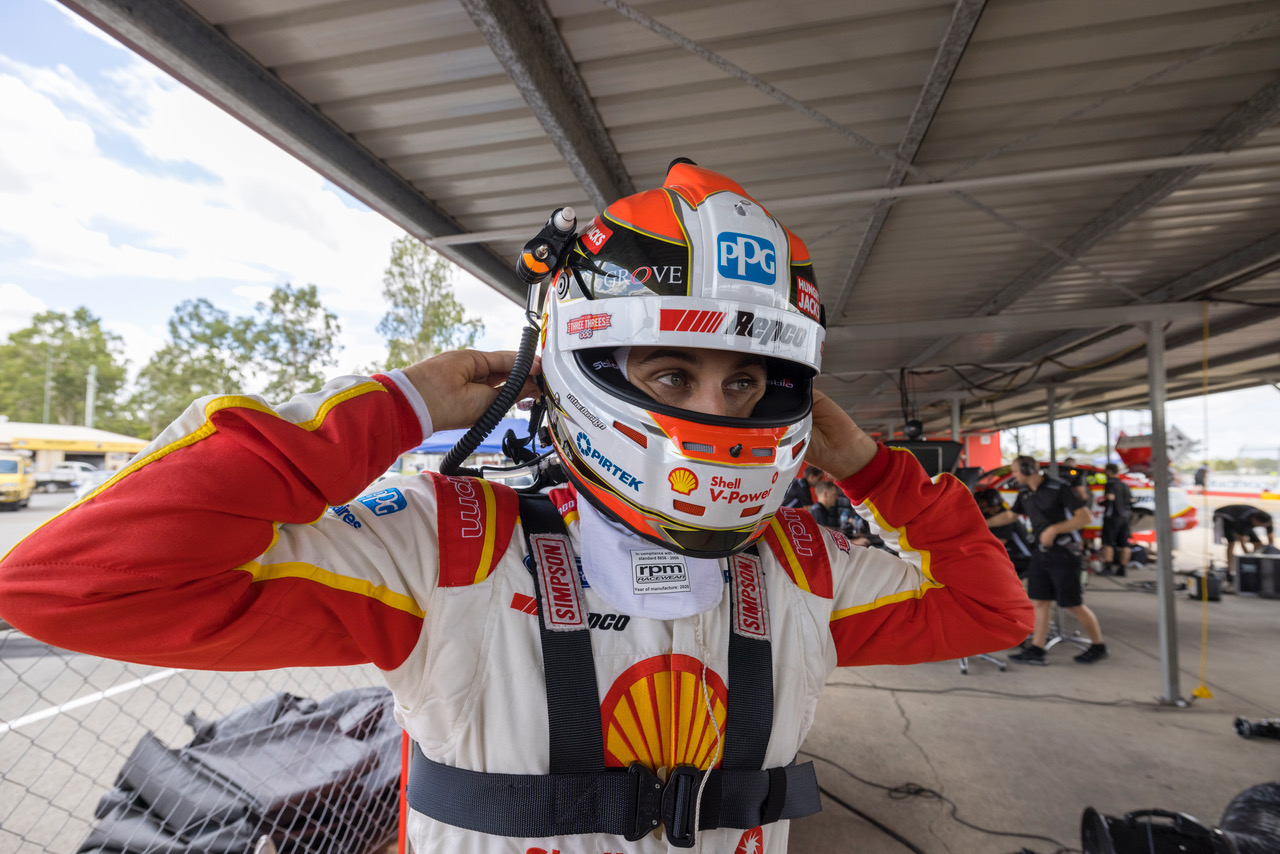 The new-look Anton de Pasquale at Shell V-Power Racing is flashing more than just a factory-fresh Ford Mustang as he starts the next step in his career at the Mount Panorama 500.

He has joined the Supercars fashionista with a new-look crash helmet and a new-age safety device that steps away from the pack.

De Pasquale will be rigged with a Simpson Hyrid Pro in place of a traditional HANS device as he transplants speedway safety into Supercars.

He is not the first to switch to Simpson, as his future nemesis Shane van Gisbergen made the change last year, but he believes it is the right move.

“If you look at a lot of sprintcar drivers they use them, and they have the biggest crashes of all,” de Pasquale told Race News.

The man nicknamed Stan, because the son of a cauliflower family is always on the tools, began his safety change at Bathurst last year and is happy that it will help him in 2021 and beyond.

“I had been using the same HANS from the start of my career. Even when I was overseas. It must have been eight years or something,” he said.

“I was due for an upgrade, so it was either another HANS or something new. So I decided to try the Simpson.”

The device is very different from the HANS collar, using a set of webbing around the chest to keep the driver’s head in place during a crash. Apart from speedway, it is also popular with rally drivers because it is easier to wear.

“It’s a different thing that does the same job. In a co-driver race it’s better for driver changes. It’s smaller and makes it easier getting into the car,” he said.

But there is another reason for the change.

“It’s something different. And I’m always a fan of stuff that’s different to other people. So long as it goes the job.

“It’s a little bit lighter and it does the job.”

The Simpson rig looks a little like a brassiere, or the ‘manzeer’ that became a joke for older men in an episode of the Seinfeld television show, and Stan can see the link.

“The first time you wear it does feel like a bit of a bra. But you get used to it fairly quick.”

Heading to Bathurst, de Pasquale is also planning a quick adjustment to running at the head of the Supercars pack with his new team.

“We have to learn to deal with pressure. And I think pressure brings an opportunity.

“If people think you can do the job, that’s a good thing. But there is no extra pressure attached to it.”