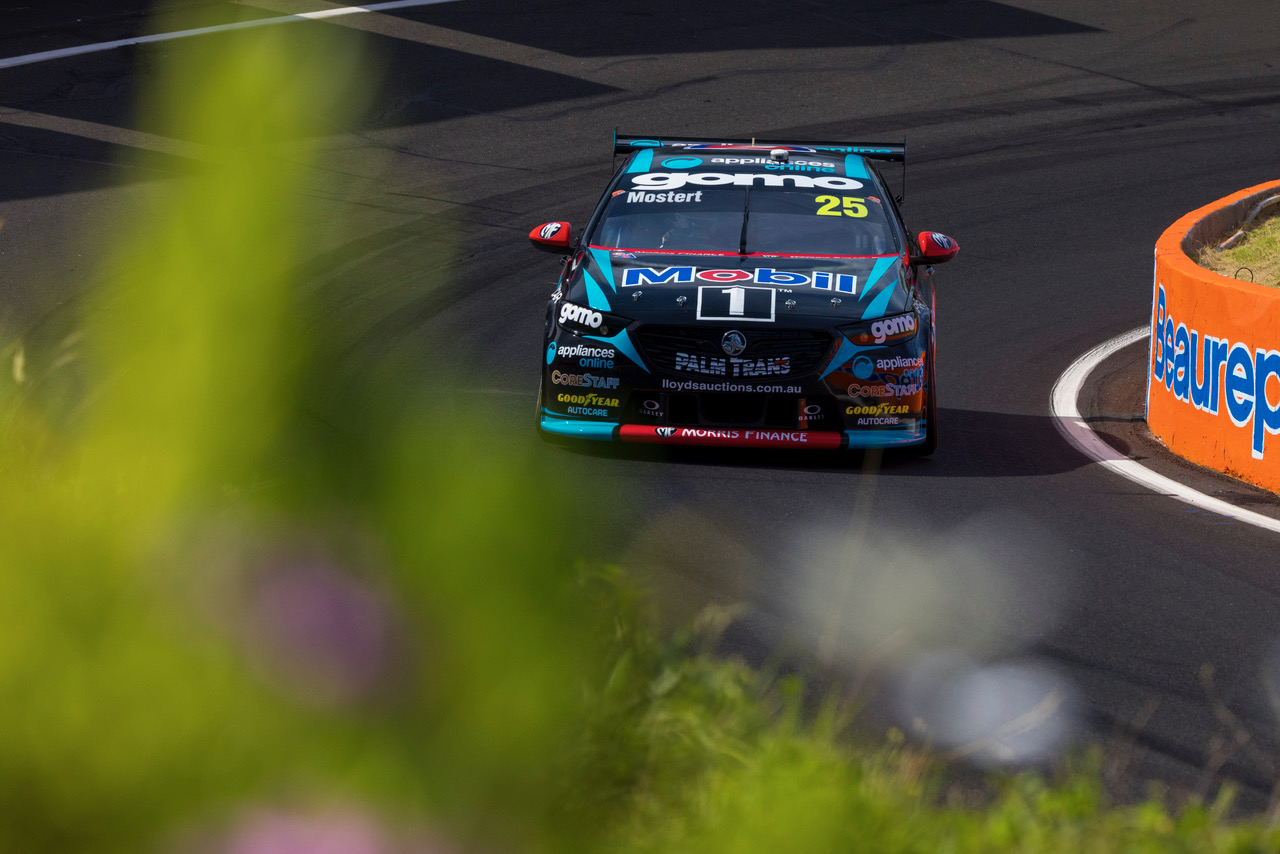 Chaz Mostert has the chocolates after day one of race one in Supercars season 2021.

The former Bathurst winner topped both practice sessions for the Mount Panorama 500 in a Commodore that has clearly benefitted from massive off-season development work at Walkinshaw Andretti United.

“Last year we got to the point where a couple of pieces of the car were not working efficiently. The plan was always to develop the car and come out strong this year.

“I feel the car was fast. But we have to take it one day at a time. I don’t know if there is any more left in the car.”

Mostert nailed his qualifying simulation ahead of the first of twin 250-kilometre contests over the weekend, and his quickest lap of 2 minutes 4.7817 was strong enough to edge out last year’s Bathurst 1000 winner Cam Waters in the Monster Mustang, with Scott Pye also showing early pace with the third-quickest time in his Commodore.

“We’re up at the right end,” said Waters, who battled rear-end instability in the first session.

“It was a bit better this afternoon than this morning. We’re getting there with it, but we’re still not 100 per cent.”

“I’m quite happy with the balance now. The speed is starting to come. I feel like we’ve got something to build on,” said Pye.

At the top end of pitlane, the Shell V-Power Mustangs from the defending champions were only P9 and P11 – Anton de Pasquale ahead of Will Davison – and both of the Commodores from the Red Bull Ampol squad had troubled qualifying simulations.

“We clearly have a little bit of work to do, but I’m feeling a lot more familiar with everything than I was this morning,” said Davison.

“It always feels like your first time every time you come here. Now we have a base to work from moving into the weekend,” said AdP.

Jamie Whincup ran into slower traffic on his final timed run while Shane van Gisbergen made a mistake at The Chase. So they were only P9 and P15.

“I made a mistake at the end of the last practice session, so we’re better than we look, but at the moment my car is a little bit tough to drive, so we’ll do some tuning overnight to fix that,” said SvG.

“We didn’t set the house on fire,” was Whincup’s verdict. “The results delivered should have been ‘X’ but we ended up with ‘Y’, so there’s a bit of digging to do to find out where the performance is. We got held up on my fast lap, but I honestly don’t think we would’ve gone much quicker than the time that we posted.”

The first day of school for the Supercars class of 2021 was, not surprisingly, an unpredictable mix.

Tim Slade was quick in both sessions with the CoolDrive Mustang and finished fourth, as James Courtney – who had a wild ride over Skyline in the morning in a car which was trying to bite him – had things settled enough for fifth in the afternoon.

And, as Will Brown’s badly-damaged Erebus Commodore was attacked with every tool in the garage after a big hit in opening practice, Brodie Kostecki was quickest of the rookies and a solid sixth in the Betty Klimenko’s second car.

After Brown’s giant mistake in the morning, there were a couple of other incidents in the afternoon – including Macauley Jones bogging his Coke Commodore at The Chase – but no major damage.