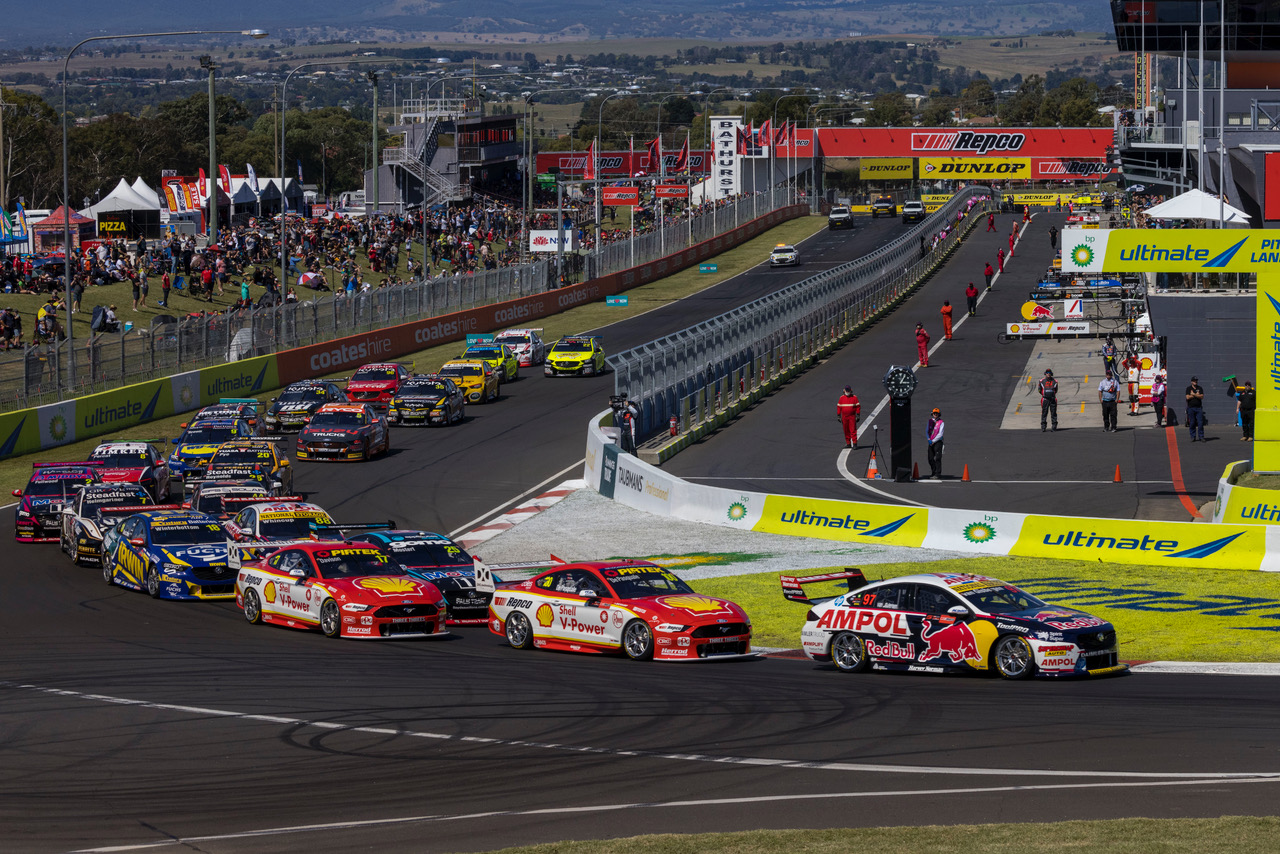 Four years ago, Shane van Gisbergen made a perfect start to the Supercars Championship on the streets of Adelaide but finished just short of the title.

Now he has done it again, sweeping the Mount Panorama 500, but without the threat of Scott McLaughlin as his primary rival through the length of the 2021 touring car season.

Cam Waters is now racing at the front of the Ford horde and, based on Bathurst, it’s the Monster Mustang that will be fighting through the year against the Red Bull Ampol Commodore that’s already carrying the orange #97 on the windscreen that marks SvG as the title leader.

Chaz Mostert has clearly stepped up a level at Walkinshaw Andretti United and sits second on points, while Anton de Pasquale will get better and Will Davison will be solid all year as Shell V-Power rebuilds, but it’s easy to see 2021 developing into a two-way fight.

“These two blokes battling at the head of the field will be the genuine contenders,” said retired superstar Mark Skaife.

Van Gisbergen isn’t convinced and will definitely not be baited into any championship talk.

“I think there are probably six guys who are going to be there,” he said.

Instead, the points leader was happy to talk about his Race 2 pace, a controversy over Waters dragging dirt onto the track during the Top 10 shoot-out, and his feelings on a potential change to the gear-shift system in the upcoming Gen3 racers for 2022.

“The paddle shift, that’s shit,” said SvG, and he was not joking.

As for the race, he had a giant smile.

“That was one of the best things I’ve done. So cool,” he said of his mid-race battle with Waters.

“That middle stint was just insane. (But) I’d rather have won the race by passing him.”

For Waters, who dropped out of the lead battle on Saturday when a power steering pump failed, it was good to run home in a solid second.

“Awesome recovery from what happened yesterday. Second was a pretty good bag of points and got the season underway,” he said.

“A second and a third, so we’ll take that. It’s been a fantastic start to the year for us,” he said.

“I’ve still got a little bit to find. We’ll see what we’ve got at round two. I probably didn’t maximise what I had, so I have to change my driving style a little bit.”

Tim Slade, who drove so well on Saturday, was missing completely after his team retreated to Melbourne to begin the repair work on the CoolDrive Mustang he crashed heavily on Saturday to prepare for the next leg of the series at Sandown.

The 40-lap contest was raced under hotter conditions than Saturday, which could have contributed to James Courtney backing his Mustang into the wall at The Cutting and definitely led to Jack Le Brocq calling for medics to treat a burned and blistered foot after battling home in 19th place.

Mark Winterbottom kept out of trouble and drove briskly to come home fourth for Team 18, while Jamie Whincup was unusually quiet all weekend and only managed sixth on Sunday.

But van Gisbergen had the final words, including a tribute to the crowd that had been missing when he and Garth Tander drove to victory in the Bathurst 1000 back in October.

“It’s an awesome way to start. We’ve just got to keep chipping away, be there every weekend, and not make mistakes,” he said.

“To win here with an atmosphere as well is awesome.”