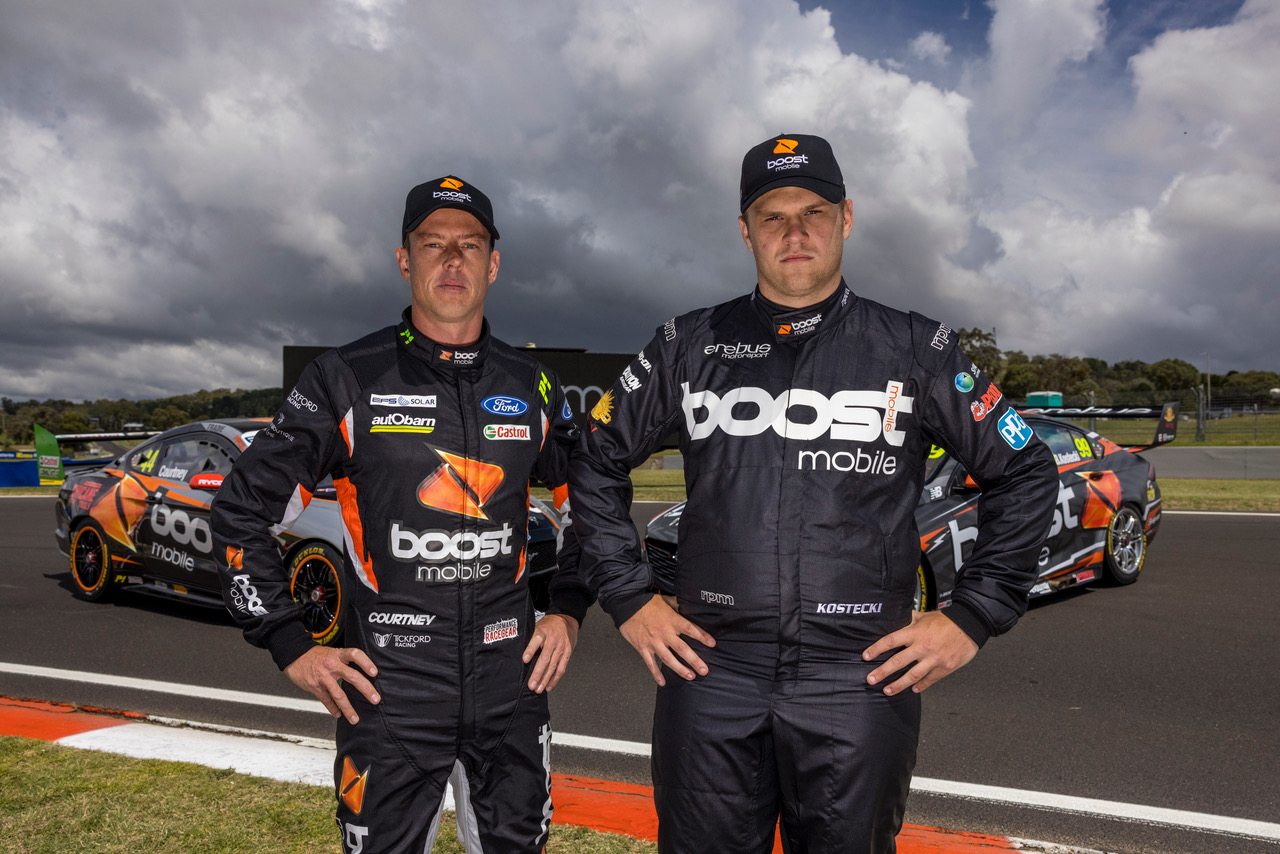 The newest rivalry in Supercars is the sibling stoush between the Boost brothers.

James Courtney and Brodie Kostecki are both being backed by the Boost boss, Peter Adderton, through 2021 but things will change after that.

“I’ve them, at the end of the year, one of the guys is getting a ride with Boost,” Adderton told Race News.

So, unlike this year when Courtney wears Boost badging on his Tickford Mustang and Kostecki has received a Boost at Erebus, the American telco tycoon is looking for a sharper focus in the Gen3 future that starts in 2022.

Adderton might also have to consider Broc Feeney, who is a step down in Super2 but also carrying his colours on the Commodore he raced to his first win with Triple Eight at the Mount Panorama 500 meeting.

“The rivalry is real,” Adderton said of the fight through this year, which began for Courtney when he beat Kostecki on Saturday at Bathurst before a giant crash on Sunday.

“My bad. My fault. I apologised to everyone in the team,” Courtney said.

But what about the rivalry with Kostecki, who is only 23 and in a main game rookie when he is a veteran at 40?

“I’ve got more people to worry about than Brodie, and of course I want to be the best Boost car. But, to be honest, I just want to win races.”

Courtney has had long-term support from Adderton, including when he saved him from Team Sydney last year and injected him into Tickford Racing, so he knows the way his boss operates.

“Pete is as outspoken as always. He wants us to race hard against each other.

“Brodie? The only thing he is going to win is the race to the pie shop. He’s not the guy on the top step so he is not my target.”

Kostecki is used to Courtney’s sledging and is not remotely rattled by their rivalry.

“It’s my first year in the main game but I’m feeling quite comfortable in the Erebus Commodore. I want to learn and build up the pace.

“It’s the fastest car I’ve driven and there is more on the table as I learn and make less mistakes. We’ll see how it all looks at the end of the year.”