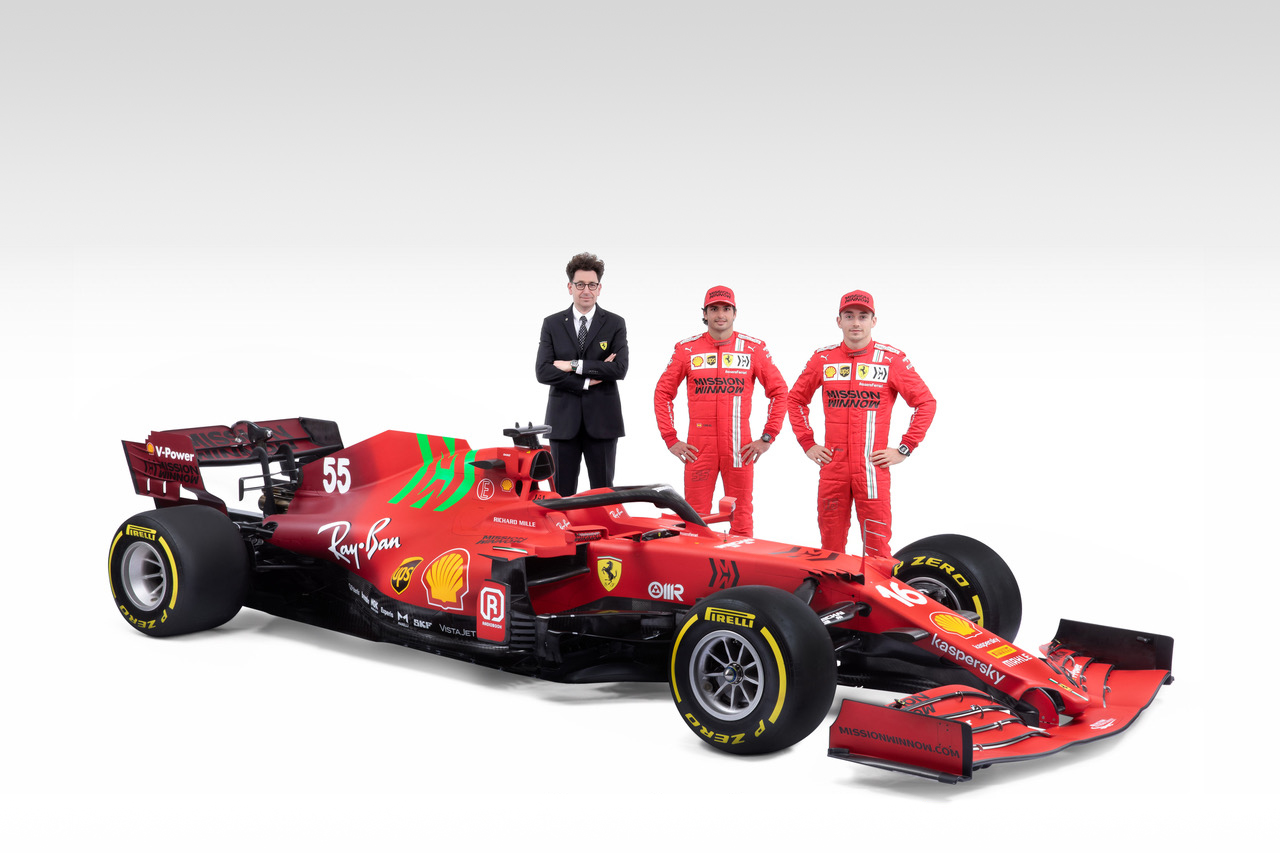 The most important grand prix car of 2021 is finally real.

Ferrari has unveiled the SF21 with the hope that it can reverse its miserable and embarrassing results from 2020.

A crackdown on engine performance last year, after strong indications that Ferrari was ‘gaming’ the regulations, resulted in a huge loss of power and the worst championship result for the famed Italian team in 40 years.

Charles Leclerc did his best with a car which was claimed to have excellent downforce but was around 65 horsepower short of the powertrain in the Mercedes-AMG racer that Lewis Hamilton used to dominate the season, while Sebastian Vettel was … Well, the less said the better.

This time around, Ferrari’s team principal Mattia Binotto is avoiding any speed predictions by talking about the way the Scuderia’s classic red racing colour has been applied to the SF21.

“The rear end is reminiscent of the burgundy red of the very first Ferrari, the 125 S. But as it moves gradually towards the cockpit area, it transforms into the modern red that we have used in most recent years,” he said.

The basic chassis is unchanged from last year, like most teams, but Ferrari has made significant changes to its V6 combustion engine and the rear-end aerodynamics.

So Binotto knows the pressure that Ferrari is facing.

“This season presents us with many challenges and through this livery, visually, we reboot from our past and head into the future,” Binotto said.

Leclerc has been joined by Carlos Sainz but it’s the technical team who are facing the biggest challenge.

“When we began the SF21 project, our first task was to identify which area of the car we should focus on in order to achieve a radical change,” said Enrico Cardile, Ferrari’s head of chassis.

“We opted for the rear end, designing a new gearbox and new suspension system. This, in addition to the efforts of our power unit colleagues has led to a much tighter rear end.

“We also looked at the cooling system, increasing the effectiveness of the central radiator and designed the body with more ‘down-washing.’ Aerodynamics was one of the areas affected by the regulation changes aimed at reducing the ability to generate vertical load, in order not to put too great a strain on the tires.

“That’s why, as we began developing the car’s aerodynamics, we set ourselves two goals: recovering more aerodynamic downforce than was lost through the regulations and reducing drag. We developed a new front wing, which works in conjunction with a new concept nose, but the chassis itself and the suspension is off last year’s SF1000.”