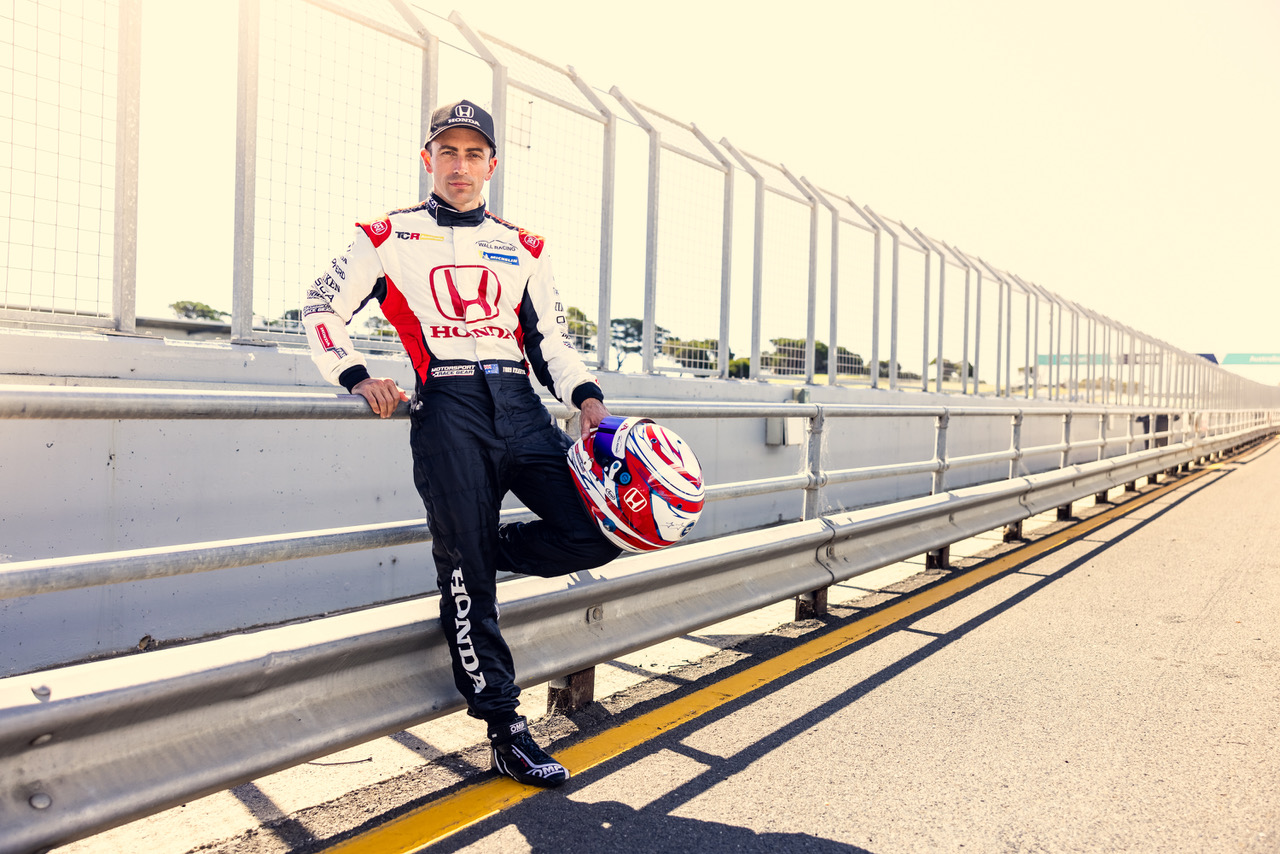 Tony D’Alberto is hoping to re-discover his passion for the TCR Australia Series when racing resumes at Phillip Island.

Last year’s championship runner-up felt jilted at the start of the 2021 season in Tasmania, when his Honda Civic Type R was closer to the back than the front at Symmons Plains.

He is pinning his hopes on a blind date, not relying on eharmony or RSVP but instead on the BoP that keeps things moving in TCR.

If things go the way he hopes, some porky new rivals will find things tougher than they did in Tassie with the addition of up to 60 kilograms of success ballast under the system of Driver Compensation Weights.

“I don’t want to get too excited until we start racing. Then I’ll know what I’ve got,” D’Alberto told Race News.

“It is a bit of a blind date. I know what I’d like, but not sure what I’ll get. In the first year of TCR we never saw that disparity in brands.

“Our package hasn’t changed at all since Symmons. Just the other ones should have been pulled back to us. In theory.”

The handicapping system in TCR is controlled globally, in terms of turbo boost and ride heights and other technical details, but the DCW system is administered locally.

“The system is working well, based on feedback from other TCR series. It’s too early to call how it will transpire in Australia,” the CEO of the Australian Racing Group, which is responsible for the TCR category, told Race News.

“Some cars suit different cars better than others. The Balance of Performance comes into effect, and the driver compensation adds to that,” said Matt Braid.

“So any team and any driver can got to a race with a chance to win it.”

D’Alberto and the other Honda drivers were far further back in Tassie than they were in season 2019, but he also knows that Phillip Island is another high-speed circuit and the Type R could still be struggling.

“I still expect the Alfas and all those guys who were quick at Symmons to be quick, I just hope we’ve closed the gap,” he said.

“I think Lee Holdsworth will be the heaviest after Symmons and Chaz Mostert has also taken a hit. I think the weights are based on qualifying, so we should get a bit of help.

“Hopefully that brings us a bit closer. I think that Symmons Plains is a bit of an anomaly, so hopefully we’ll be closer on a more ’normal’ track.

The history books show a giant crash for his Wall Racing team mate, John Martin, at the first TCR visit to The Island and there were other problems.

“We have a fourth in one of the races, and qualified third or fourth. So we weren’t too bad.

“But we had dramas there last time with front tyres blowing, so we’re a little concerned about that again. We have to make set-up changes to try and compensate.”

“I would be satisfied if we were back in the top five. Obviously we want to try and get back on the podium,” D’Alberto said.

“The championship is pretty hot, so if you can be in the top five you’re doing pretty well. That would give us a bit more confidence back at Wall Racing and Honda.”