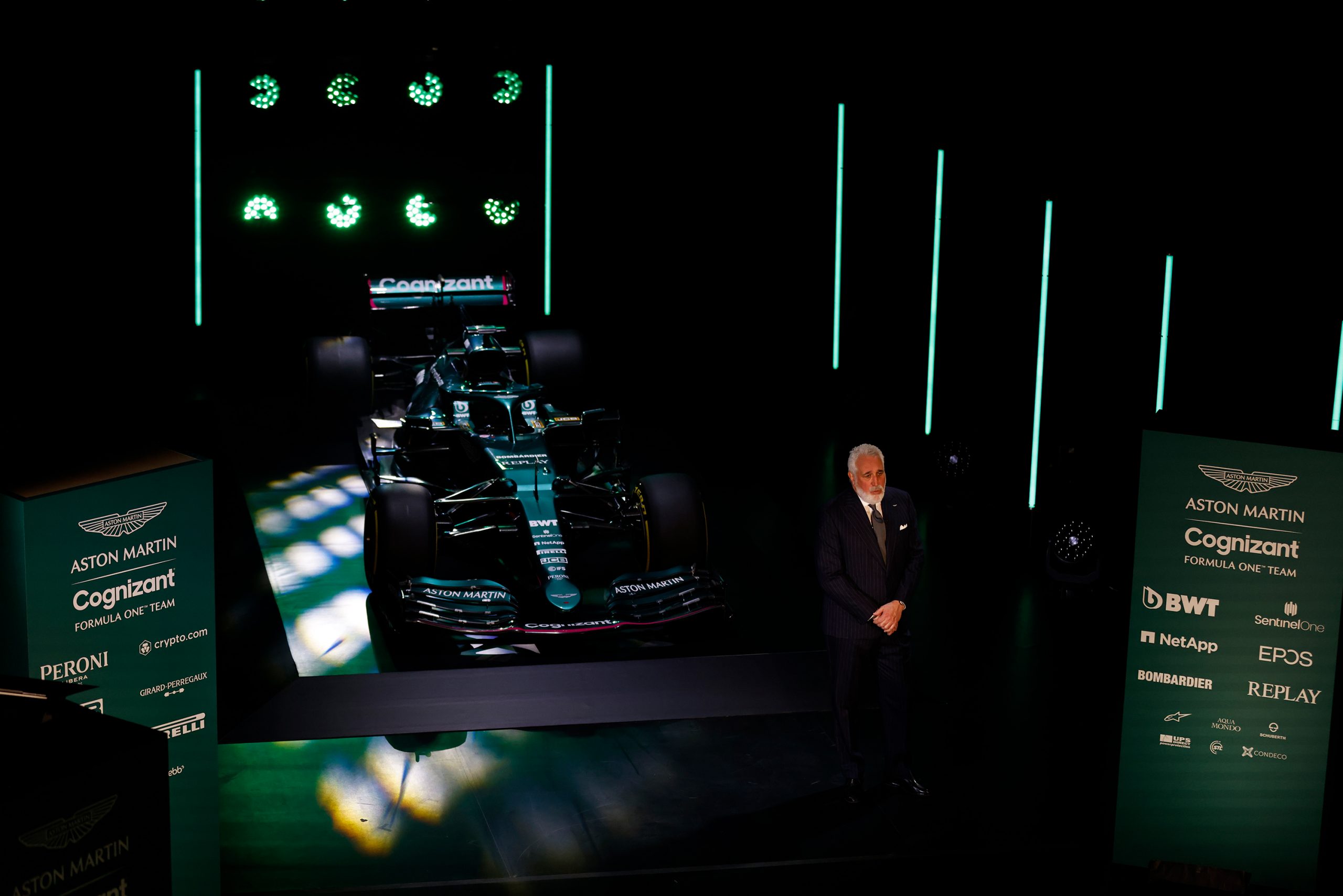 It took me less than five minutes to reach this conclusion as I settled down to watch the first episode in Season 3 of the truly excellent Netflix series, Drive to Survive.

Stroll is the father of F1 racer Lance Stroll, he’s a Canadian billionaire and a massively successful businessman, and he is the majority owner of the Racing Point team that has just become Aston Martin for the 2021 Formula One World Championship.

Did I also mention that he has control of the Aston Martin car company?

So Mr Stroll Snr is a big deal.

I have seen him in the F1 paddock. But only very, very briefly, and only from a distance.

As the Netflix cameras focus tightly on him during a catch-up visit to Racing Point headquarters at Silverstone, it’s almost possible to feel the power of the man beaming out through the television screen.

If I was meeting him for the first time I would be intimidated. And, yes, a bit scared.

So Drive to Survive has already done its job for me in season 3.

In the past I have watched the entertaining antics of Guenther Steiner and the crew at Haas, laughed a little at Christian Horner’s rock-star lifestyle, and been – frankly – mystified at the way Cyril Abiteboul ran the Renault team.

Even after interviewing each of them, Netflix turned my experience from a 10-minute snapshot into a proper 3D picture.

It was the same for many of the drivers, who only ever give a journalist enough of their time and focus to get them out of the way. Think of it as a Happy Meal, not five-course fine dining.

But Netflix has wonderful ingredients, time and commitment, and is able to serve up a real F1 feast.

The opening episode of Season 3 has all the usual stuff, from candid driver comments and brilliant action sequences to seriously behind-the-scenes insights.

I could do without some of the cameo analysis from the F1 reporters, but it’s a minor niggle. And I knew there will be times in future episodes when I think “Just stop it” or “Tell me more”.

But Drive to Survive is, for me, light years better than Game of Thrones or even Home and Away.

It’s a Formula One soap opera, for sure, but it is also real life and the only way that a grand prix fan can genuinely get a look behind the curtain at the people and stories that make grand prix racing so special.

My biggest fear now is not meeting Lawrence Stroll, but running out of episodes of Drive to Survive.

So I’ve decided against a binge and, like fine wine or Haigh’s Chocolates, I’m going to take my time and really savour Season 3 as the entrée for the 2021 grand prix season.