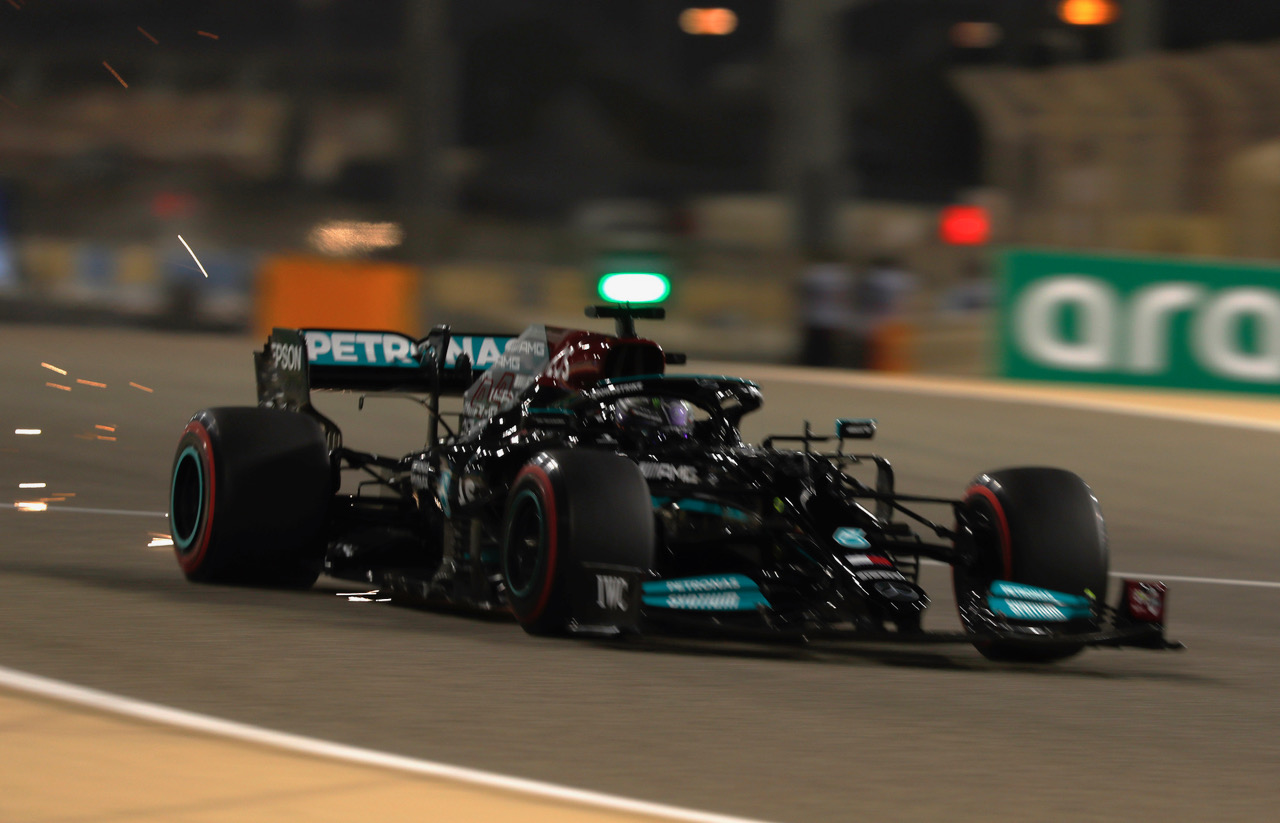 After all the hype and hope, qualifying for the Bahrain Grand Prix finally produced the Max Verstappen pole position that Formula One fans have been craving.

Not seeing Sir Lewis Hamilton’s name at the top of the time sheets provides the breath of fresh air, and hope for the future, at the start of a season which promises to shuffle the order in F1.

Hamilton still managed to qualify his Mercedes-Benz on the front row, but could take nothing away from Mighty Max and the latest Red Bull racer.

“Max did a great lap. We made some steps forward but we couldn’t compete with that last lap Max did,” said Hamilton.

But he is still focussed on the finish as he looks to become the first grand prix driver to win eight world titles.

“P2 puts us in a position to cause Red Bull trouble tomorrow,” he said.

Daniel Ricciardo is 1-up against British favourite Lando Norris after taking sixth on the grid for his first start with McLaren, one spot ahead of Norris.

Charles Leclerc proved there is promise in the new Ferrari after the lamentable results of 2020 by running fourth, while Fernando Alonso somehow made the Top 10 after struggling in practice.

But Sergio Perez was only 11th, taking his first caning from Verstappen at Red Bull, while Sebastian Vettel was buried in a miserable 18th place despite Lance Stroll qualifying 10th in the other Aston Martin.

“It’s a great feeling to be on pole and I haven’t’ experienced a season start like this,” said Verstappen.

“We have to finish it off tomorrow, but if I can have a good start I’m confident I can do a good job.”

Drivers are all starting to understand where they sit, despite tricky conditions in qualifying that left promising rookie Yuki Tsunoda only 13th while Pierre Gasly was an excellent fifth for AlphaTauri.

“It’s a shame to not be starting the race further up the grid but we know the race pace is there, so let’s see what we can do tomorrow,” said Tsunoda.

With Ferrari finally out of the midfield, at least for the moment, Leclerc was happy.

“We know now where we are in terms of quali pace and it’s a pleasant surprise, as we didn’t expect to be here, but today we need to keep our feet on the ground. It’s only the first quali of the year and it’s run in very strange conditions,” he said.

And how does Ricciardo feel?

“I did make a nice step today and that’s what I’m most satisfied with,” said Ricciardo.

“I think I just made progress each session, didn’t overcomplicate it. We started a bit off the pace yesterday, but I know it’s a process and to kind-of make a good difference tonight, I was really happy.

“So it’s a good start… I’ll sleep a little better knowing I got a bit more out of the car today.”