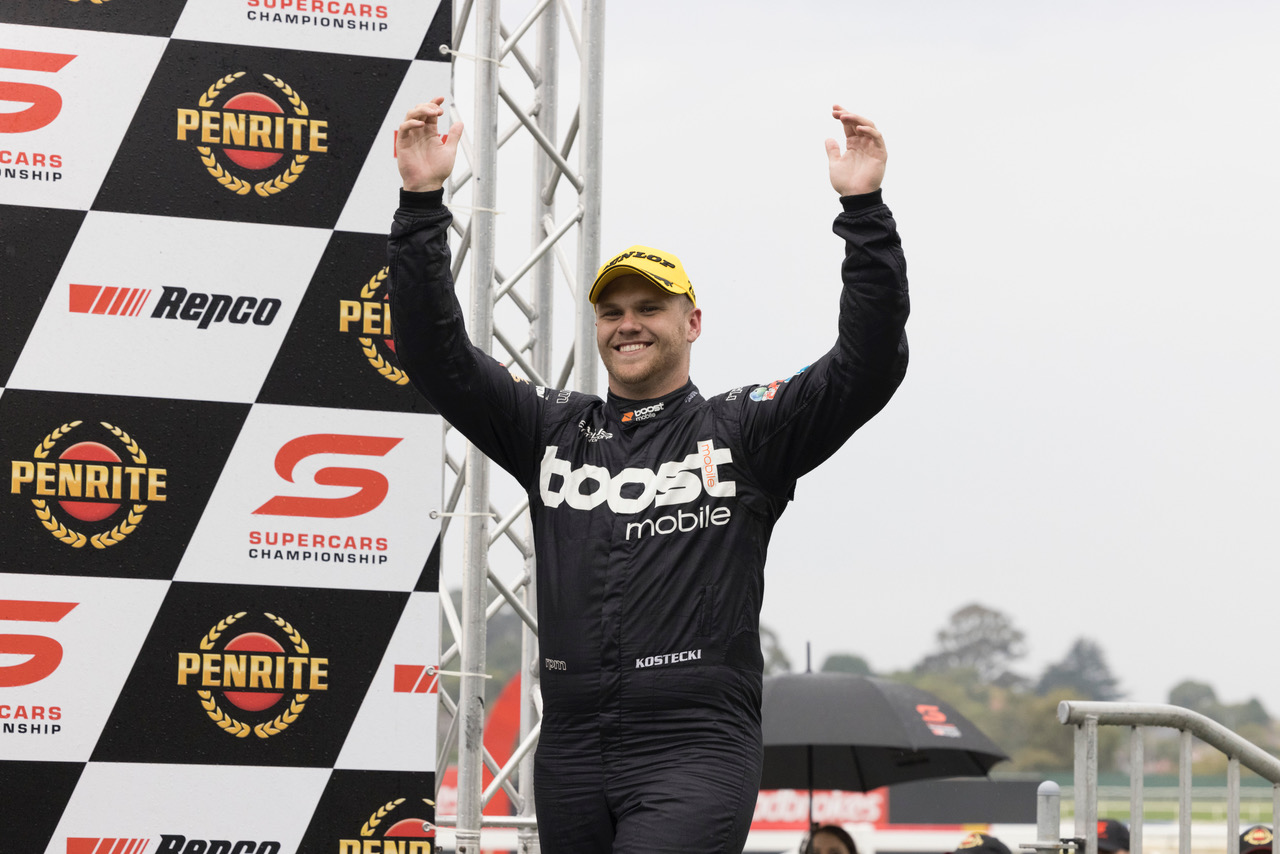 His late call-up, to share a Ford Mustang with George Miedecke and Paul Morris, is something he could not refuse.

It ticks all the boxes for the early star of this year’s Repco Supercars Championship, following his fast and intelligent drive to second place in the third race of the Sandown SuperSprint weekend.

“Any time you can get laps at Bathurst, you take it,” Kostecki told Race News.

“It’s pretty much about the 1000. I live driving and I’m always trying to race anything I can. Laps at Bathurst are important.

“I get to have some fun and share a car with Paul and George. And we will be out to win it.”

Kostecki is part of a large contingent of current and retired Supercars racers, starting with Shane van Gisbergen – who is sharing a BMW M4 with Shane Smollen and Rob Rubis – and Tim Slade, then running right back to Steve Ellery – who is sharing with his sons – Grant Denyer, Cameron McLean and John Bowe.

The 6-Hour will be only the sixth visit to Mount Panorama for Kostecki, who has competed in Super2 and has a best result of ninth with Anton de Pasquale last year in the Bathurst 1000 with Erebus Motorsport.

“It’s not like you can go and practice at Bathurst any time you like, because it’s a public road. So the 6-Hour has definitely got appeal to me because laps around the place are very valuable.”

The Mustang he will drive is in the A2 class, where most of the leading contenders are BMWs in Production X, but he believes it has the necessary speed.

“We will try to win the thing. It will be the first time I believe this car was actually raced. It was built brand-new last year during Covid,” said Kostecki.

“I’ve only done three or four laps around Queensland Raceway, in testing, but George has done plenty of testing around Sydney Motorsport Park and QR as well.”

“I don’t really plan anything. I race anything that comes up. If there is a drive available, nine times out of ten I’ll go and do it.

“So it’s pretty cool to be driving with Paul. He’s been my mentor and coach for the last few years, so it will be good to go and have some fun.”

And what about facing SvG again, so soon after Sandown.

“Same as usual. He’s just another guy out on the track. I haven’t really looked at who’s racing because it’s all pretty last-minute for me.”

But he knows what to expect from the Mustang, and rules which restrict modifications to a level that’s well below Supercars.

“It’s a pretty cool car, but it’s more like a road car. There is not much grip and it’s got a six-speed H-pattern gearbox, so it’s old-school.

“But that’s fine. I don’t have a preference for what I’m racing. Even Hyundai Excels. I just like driving.”