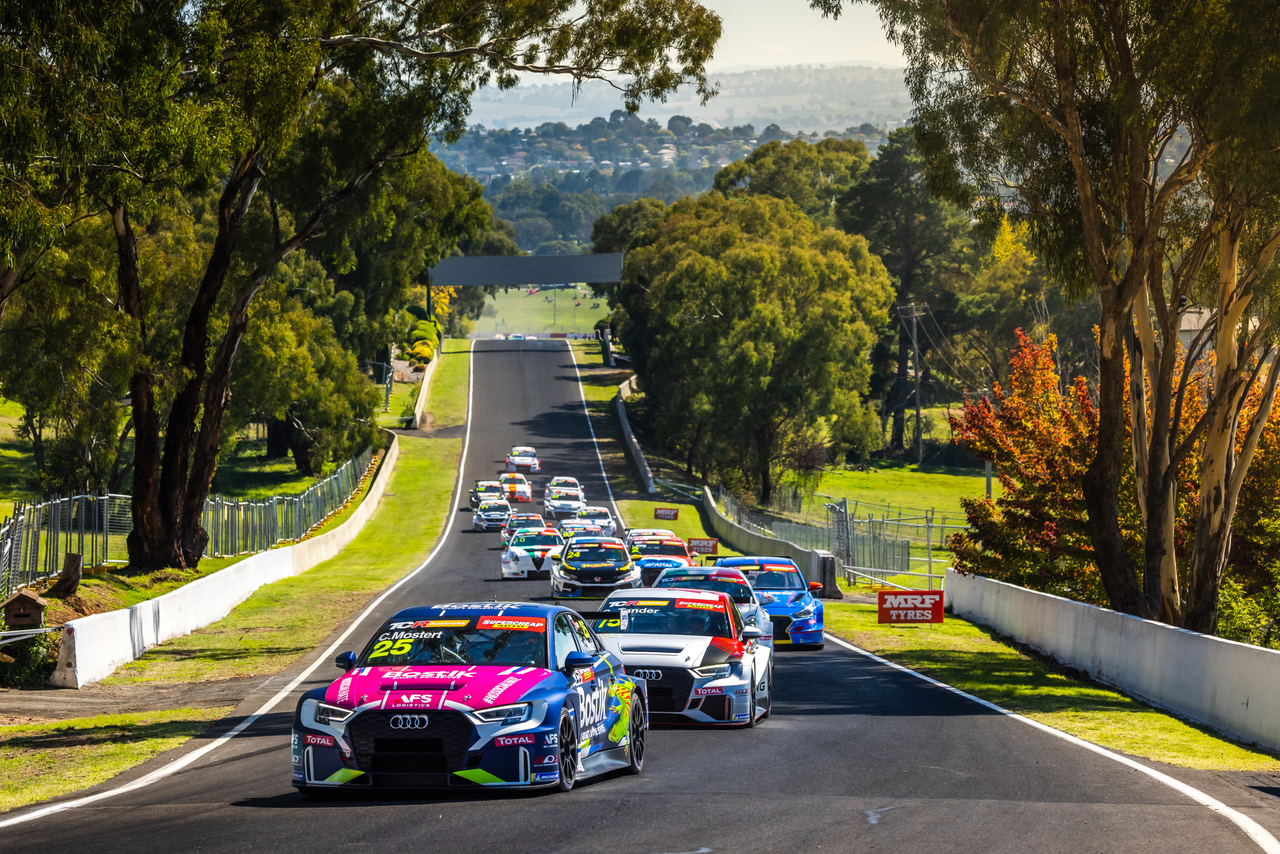 Aaron Cameron beat him off the grid both times and even led by more than two seconds in his Peugeot 308, but Mostert and his speedy Audi were able to run him down and then pull a pass in each of twin 10-lap sprints.

“It’s awesome to be on the podium, I love it, but everyone wants to win at Bathurst,” Cameron told Race News after his second runner-up result.

“I did a better job across the top of the Mountain, but he was too fast for me on the straights.”

Mostert agreed, although he also credited the Peugeot with Cameron’s early leads.

“That thing has launch control and we don’t. There was no way I could match him,” he said.

“There are different strengths in the cars. I had to work really hard across the top to stay with him. But I learned a few things for tomorrow.”

For Tander, who – like Mostert – is also racing an Audi R8 in the GT category at Bathurst, it was a case of re-learning how to race a TCR car.

“I just didn’t go hard enough on cold tyres. I’m happy with the pace I’ve got once I have the tyre under me,” he said.

“I felt I drove better in the second race. I learned a lot from following Jordan Cox across the Mountain.

It was Cox who was best-of-the-rest in the second race, finishing fourth in his Alfa Romeo Giulietta as he moved up from ninth in the first race.

The TCR contests were marred by a disjointed qualifying session, as a Red Flag caused by Cox firing into the gravel at The Chase meant many drivers could not set a competitive lap time.

The losers included Tony D’Alberto in his Honda Type R and the two Hyundai i30 drivers, Josh Buchan and Nathan Morcom.

“There was no coming back from where we started,” said Buchan, who was only 14th and 12th.

But some torrid battles did see some drivers going forward, including John Martin in a Honda in the first race and James Moffat, who hustled his Renault Megane all the way to seventh in the second race.

With an early finish to the twin TCR races, ahead of qualifying for the Bathurst 6-Hour for production cars, there was plenty of time for Mostert and Tander to run in the GT race, but they had no answer to van Gisbergen who won with Prince Jefri Ibrahim in the Mercedes-AMG GT from Triple Eight Race Engineering.

For Mostert’s rivals in TCR, the best hope is that cool conditions for an early race on Sunday morning will upset the balance of his Audi.

“We’ll be better tomorrow. I just need a bit more and I can beat him,” said Cameron.

“It will be fun. I’ve remembered how to drive the car now and I have a fresh pair of tyres for the morning,” said Tander.