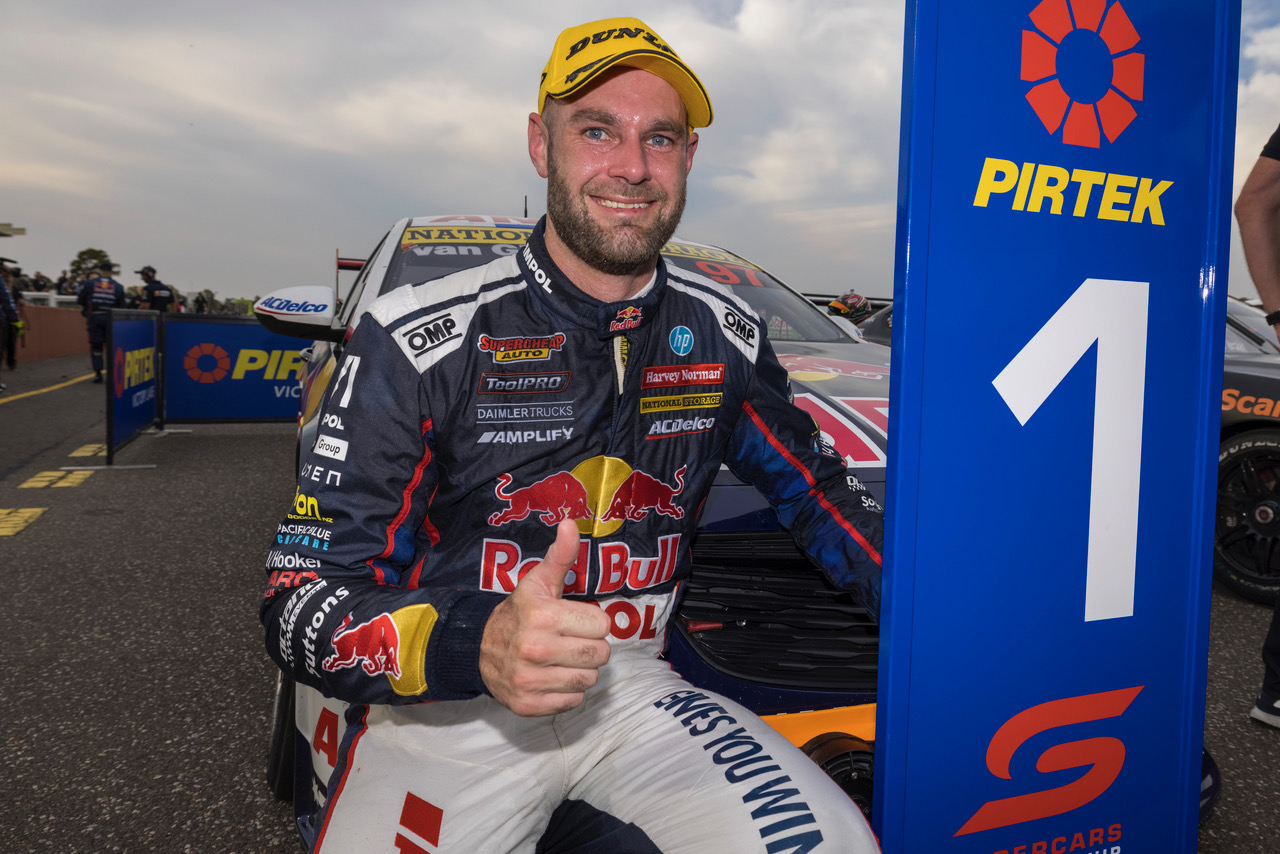 Shane van Gisbergen will win the Supercars championship of 2021.

No-one else this year looks to have the full package of speed, experience, commitment and racing smarts to prevent him from claiming the crown.

So, can anyone stop him?

And Reynolds is not the only one who rates SvG as the unbackable favourite for the Supercars title this year.

“He’s unstoppable. No-one else has the complete package to take him on. He is doing things that no-one else can do,” said Tim Slade.

“I have not seen anyone doing what he’s doing this year,” said Michael Caruso.

“When he’s in the mood and he’s got the car, he’s unbeatable,” his team boss, Roland Dane, once told Race News.

The mood is good for the driver in the #97 Commodore, as he has romped to surprising success in everything from Formula 4 in New Zealand to GTs and Production Cars at the Easter Bathurst meeting.

Heading to Tasmania, where SvG can make history if he repeats his astonishing form from Bathurst and Sandown, rivals and fans are hoping someone will jump out of the Supercars pack to rattle their rival.

Cam Waters has been quick in the Monster Mustang, Chaz Mostert is delivering strongly in the WAU Commodore, Jamie Whincup is solid but not starring alongside van Gisbergen, while Anton de Pasquale is learning to be a contender and Will Davison is still finding the limit at Shell V-Power Racing.

“Last year we had a P4 car but a P1 driver. Now Scott is gone,” admitted Ludo Lacroix during a tough opening weekend for the Shell Mustangs at Bathurst.

That’s the pivot point for season 2021, and the big opportunity for van Gisbergen, as Scott McLaughlin’s move to IndyCar racing has changed the balance of power in Supercars.

So van Gisbergen should win the championship, but he is also the one who could lose it.

That means all the pressure is on SvG, but he has looked in total control in Supercars. There were no signs of cracking, either, during his second visit of the year to Mount Panorama for GTs and the Bathurst 6-Hour.
How did he go? He won in both categories. Of course.

Sharing with his rookie team mate Prince Jefri Ibrahim in the GTs? How about a 1-2 finish for the weekend?

And the 6-Hour? It was almost a foregone conclusion, despite a big bunch of Supercars drivers sliding into production cars for extra Bathurst laps and a bit of fun on a weekend away from The Main Game.

The only Supercars driver at Bathurst who did not rate van Gisbergen as a runaway champion this year was a surprising one.

Garth Tander refused to commit, partly because he knows the pair will be partnered again in an effort to defend their Bathurst crown in The Great Race.

“Will he win it? Ask me after Bathurst,” Tander joked.

But he is also a former Supercars champion who knows what it takes to claim a touring car title.

“Remember the year when I won the series? I won 12 races, but I still only got there by two points.

“Two points. But I guess I got there, ” Tander admitted.