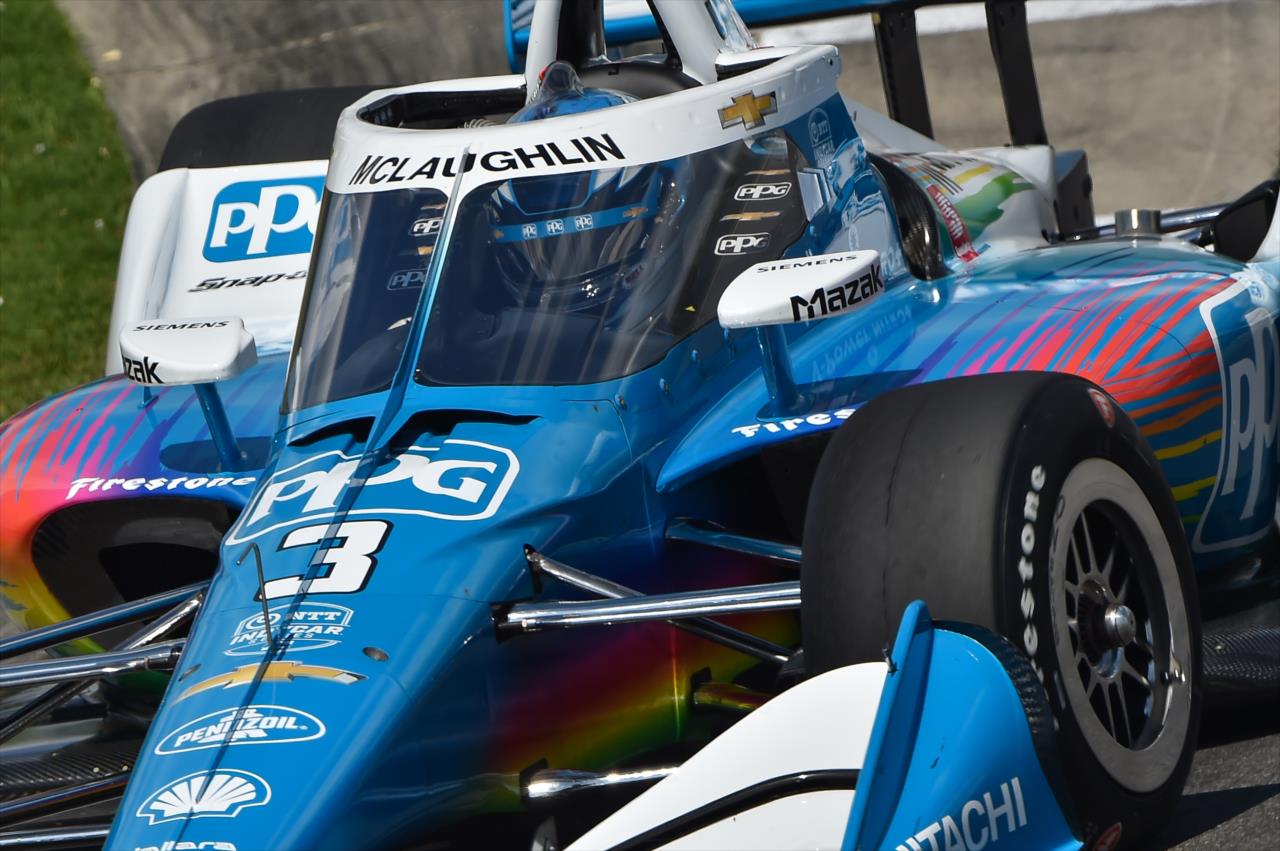 A solid 14th is how Scott McLaughlin began his first full season of IndyCar racing.

On a day when F1 refugee Romain Grosjean finished seventh, and NASCAR legend Jimmy Johnson spun and made mistakes, it was a good beginning to his life as a rookie racer in America.

“Learnt a tonne this weekend, nice to get a race under my belt,” McLaughlin said after the 90-lap contest at Barber Motorsports Park in Alabama.

“Team had great pitstops and the car had good speed.”

McLaughlin made a safe-and-sensible to start to his IndyCar campaign on a day when his Penske team mates had very different results.

But Josef Newgarden failed to complete a lap after making a mistake and crashing at the start.

McLaughlin finished two places lower than his starting slot, but he was in a in a tough 24-car field as he begins a hectic month of racing that includes all three IndyCar disciplines – road course, street circuit and oval.

He said before the race that he was taking time to learn the soft-compound ‘option’ tyres in IndyCar, which cannot be used for testing.

But his pace was a reflection of his ranking, as he was also 13th in the pre-race warm-up at the sweeping road course.

“I got held up a little bit, mid-race, which is a little bit disappointing. I ended up doing a reasonable move, but it just took too long,” McLaughlin said.

McLaughlin admitted he was tentative in Alabama but is looking forward to intense period of racing.

“I didn’t know the capacity of the car and I was a bit nervous. I just wanted to get one race under my belt,” he said.

“Can’t wait for St. Pete. We’ve got another two weeks of IndyCar racing, back-to-back. It’s going to be a lot of fun. Bring on St. Pete next week.”

The IndyCar season continues with the Grand Prix of St. Petersburg in Florida on Sunday, April 25.