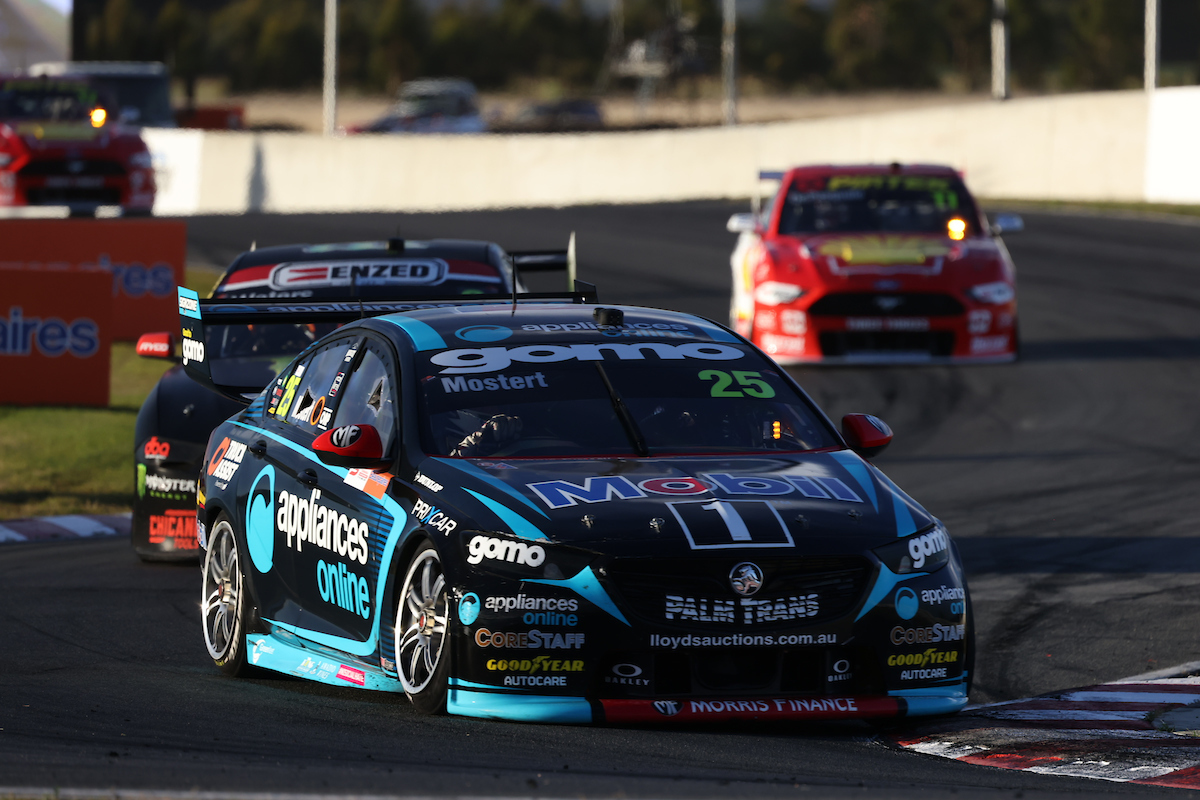 It took all weekend, but Chaz Mostert finally pulled everything together in the final race of the Tasmania SuperSprint to become the first no-Bull winner of the Repco Supercars championship.

It was Mozzie’s his first win for Walkinshaw Andretti United and he did it with confidence and style, jumping from the grid to eventually build a 10.2-second winning margin over the Shell V-Power Mustangs of Anton De Pasquale and Will Davison.

That man – Shane van Gisbergen – was only sixth at the finish and had to concede the round win to his Red Bull Ampol team mate Jamie Whincup, who had earlier ended his six-straight start to the championship.

Mostert has been pacy since the start of this year’s championship in his WAU Commodore, but this time he and engineer Adam Debore got their sums right on the tyres and everything fitted smoothly into place.

Behind them, Cam Waters was quick again but suffered from excessive tyre wear and was bounced by the Shell Mustangs in the dying laps, although he was able to clinch to a fraught fourth place.

“It’s been a long time for a first place. Started to believe I couldn’t do it,” Mostert said as he celebrated.

“The car was a lot of fun in the last race with clear air. I’m so happy to get that win and the monkey off my back for the team.”

He also wrapped-up the challenge of converting a fast car, which he has had all year, into a winning car.

“We struggled in race one and two with the tyres. But we ran a different strategy in that one. We tried some stuff.”

As Mostert checked out and built an unbeatable buffer, most of his potential rivals ran out of fresh Dunlop racing rubber and were fighting for survival.

“Tyre wear was our strength for the weekend. A double podium for the team is awesome,” said De Pasquale, who had earlier scored a third for his first podium with Dick Johnson Racing.

“It was a bit of fun. I had Will behind me and we were both trying to catch Cam. It’s good to have both cars on the podium for the first time for us.”

Davison, who was solid again, was also caught in the late-race squeeze while trying to attack Waters and simultaneously defend against Whincup.

“The whole race was tricky as we all pitted early. The T8 guys were behind me and aggressive. The last few laps we pounced and I just enjoyed the battle,” Davison said.

For Waters, there was more frustration and disappointment after a pair of pole positions at Symmons Plains.

“We’re good over one lap, but just trying to get the tyres to hang on for us. I was battling out there but couldn’t get it done,” he said.

At The Bulls, Whincup played the team game and gave SvG a crack at Waters, but was gifted fourth when his buddy couldn’t make the move.

Further back, Zane Goddard played safe and learned as he converted a surprising fourth in qualifying to seventh at the flag, while a couple of hard chargers moved up the field.

James Courtney rose all the way to ninth after qualifying poorly and Nick Percat did the same for tenth.

David Reynolds was lucky to even make the finish, as body damage cut his right-front tyre down through the tread and exposed the steel belting as he hung on for eighth.